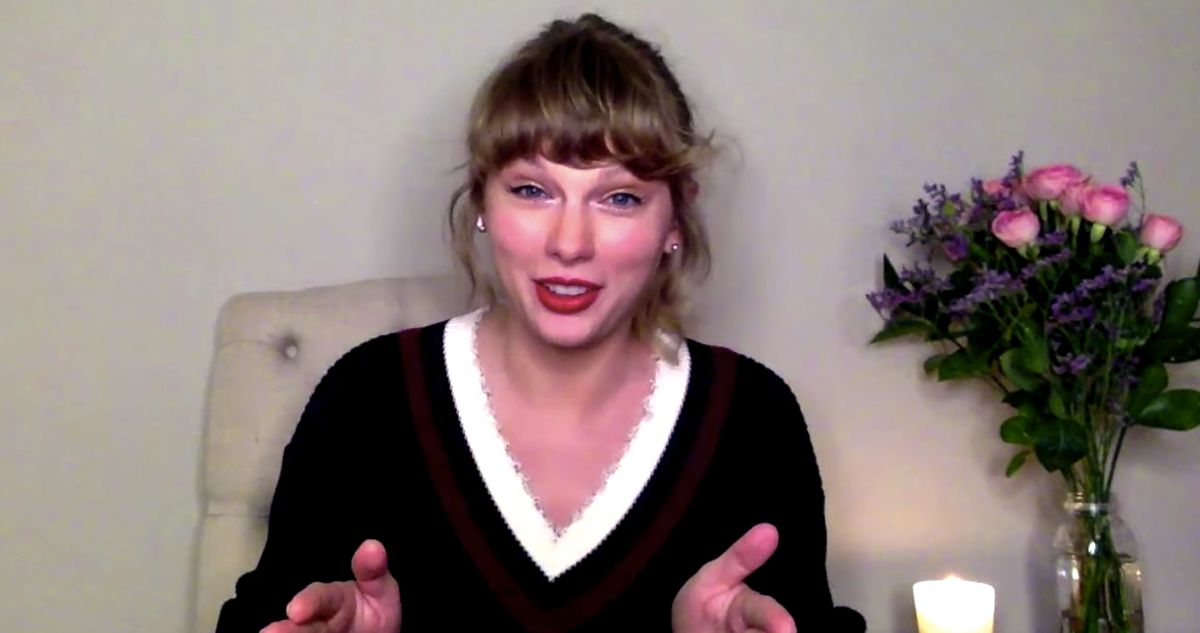 Taylor Swift is notorious for leaving her detail-oriented fans little hints, breadcrumbs, and clues about the who, what, where, and why behind her songs. Unfortunately, if you encourage your listeners to become code crackers, they will inevitably crack under the pressure of puzzling over the meaning of an ordinary misunderstanding. According to Swift, who stopped by Jimmy Kimmel Live! Monday night, a fan theory about an upcoming third Taylor Swift album was inspired not by a carefully placed hidden word, but by a genuine mistake.

In July Swift released her album folklore on July 24. Her fans soon discovered the word “woodvale” written in white on the cover image. Once the singer’s second quarantine album forever, arriving last week on December 11, some decided Woodvale must be the name of a third upcoming album. However, according to Taylor himself, the word was actually the production title of folklore which was accidentally left on a mock-up of the image she eventually selected for the EP cover.

“I tend to be kind of an annoying secret agent about dropping clues and hints and Easter eggs,” explains Swift. “And sometimes I go too far and make a mistake.” The singer says, “Basically, when I was creating folklore in july i was too scared to even reveal the album title to even my closest teammates and management. I didn’t tell anyone the album title until it came out. “

So I came up with a fake code name with the same number of letters as folklore, chose a random name, chose ‘woodvale’, wanted to see what it would look like on the album covers, mocked them, then decided ‘I don’t really want a title on the album covers’, and we forgot to get the false code name of one of them remove. “

Jimmy, of course, protests this extremely mundane statement, but Taylor insists it was just a blunder. So at least one thing we know for sure: when Taylor Swift is doing Releasing her surprising third album Quarantine, it will definitely, positively, probably not be called Woodvale.