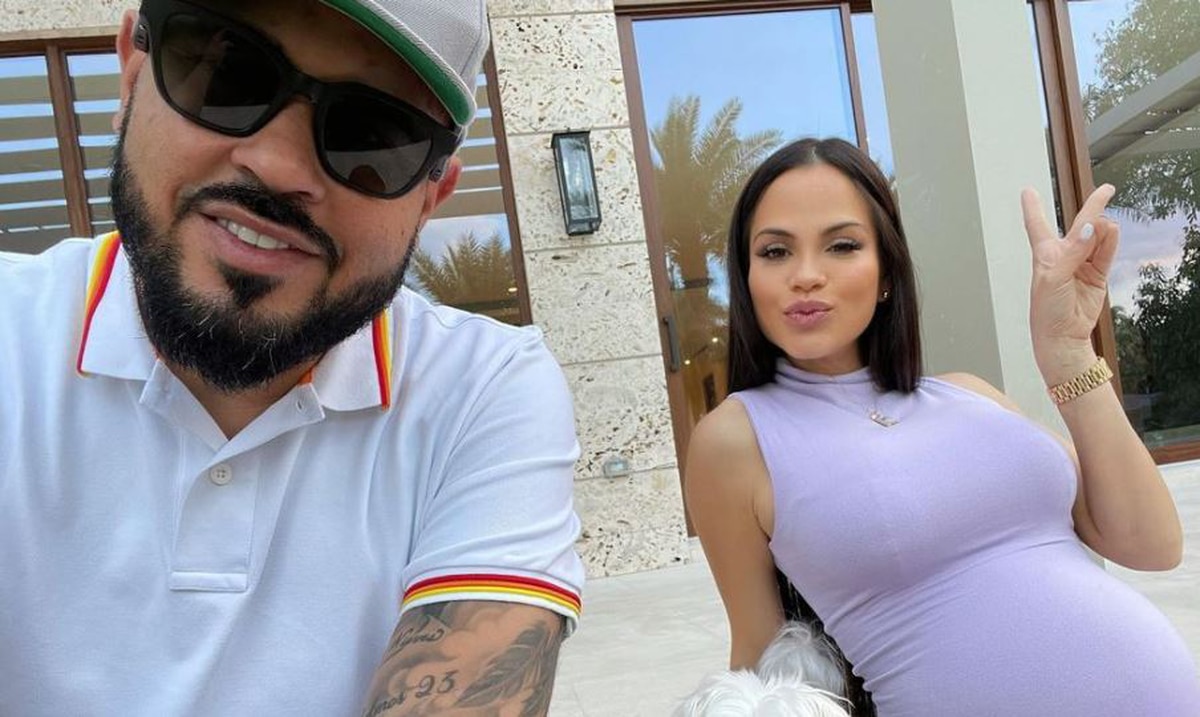 This is how the urban music producer reacted Rafael “Raphy” Pina Nieves after a federal judge denied him a request to travel to the Dominican Republic to be with the singer during the birth of his daughter today, Wednesday Natti Natasha.

The petition stated that I was due to travel to the city of Santiago de los Caballeros from April 23 to June 3, where the delivery would take place, which is expected on May 28 next.

The driver is also facing federal charges for possession of two firearms, after being convicted of more than a year in prison and not allowed to own or carry him.

“Not all dreams come true, that does not mean that you cannot make the dream come true in a different way or, in my case, in a different place. After we are still alive, I will continue to show you how great we can stay because we don’t let the stones run over us, on the contrary, we use them to keep building the path that we enjoy ”, added Pina Nieves to. in a publication on her social networks.

In the “post”, which accompanies a photo of the couple sitting on a bench under a lantern, he also thanks those who “took care of” him.

The federal judge Francisco A. Besosa He only refused permission, adding that he would soon give his opinion, El Nuevo Día reported.

On April 13 – through his lawyers: María Domínguez, Javier Micheo Y Manuel Franco– Pina Nieves requested that the travel restrictions imposed as part of her $ 1 million bond be amended to allow her to travel to the Dominican Republic for the delivery expected on May 28 next.

That date coincides with the death of Pina’s father of the same name.

Pina’s attorneys further allege that their client has already been authorized to use his boat in waters off the coast of Puerto Rico and near the city of Miami, the two places where his movements are restricted as part of the bond.

However, this requires Pina to use a nautical tracker so that the federal authorities know when they are using their boat and where they are going.

The prosecutor Maria Montanez responded to the request of Pina and her attorneys, assuring that the businessman, owner of the Pina Records company, has the comfort to ‘escape’ his responsibilities in federal court and travel to the Dominican Republic, and that he is a witness the birth of his daughter in another country is not valid enough.

“The defendant’s decision to deliver his baby abroad is not a valid reason to change the original bail terms and is considered necessary to ensure that the defendant appears in future proceedings and for the safety of the community,” said he.

“Even the birth of her fourth child is not a circumstance that should allow Defendant Pina, a federal crime convict who is now charged with illegally possessing two guns and more than 500 rounds of ammunition, the jurisdiction of the United States. Leave states and go abroad, ‘he added.

The accusation against Pina Nieves, who is also the manager of his fiancé, refers to an FBI raid on April 1, 2020 on a property of the also music producer in Caguas.

According to the charges, the producer, knowing that he had been sentenced to a sentence of more than a year and prohibited from possessing or carrying firearms, knowingly possessed: a Glock pistol, model 19, caliber 9 mm; a Smith & Wesson, model SD40, caliber .40 and various ammunition.

In turn, he describes that the Model 19 Glock pistol was manipulated to fire more than one shot without manually reloading it.

If found guilty, Pina can face up to 10 years in prison for any count.