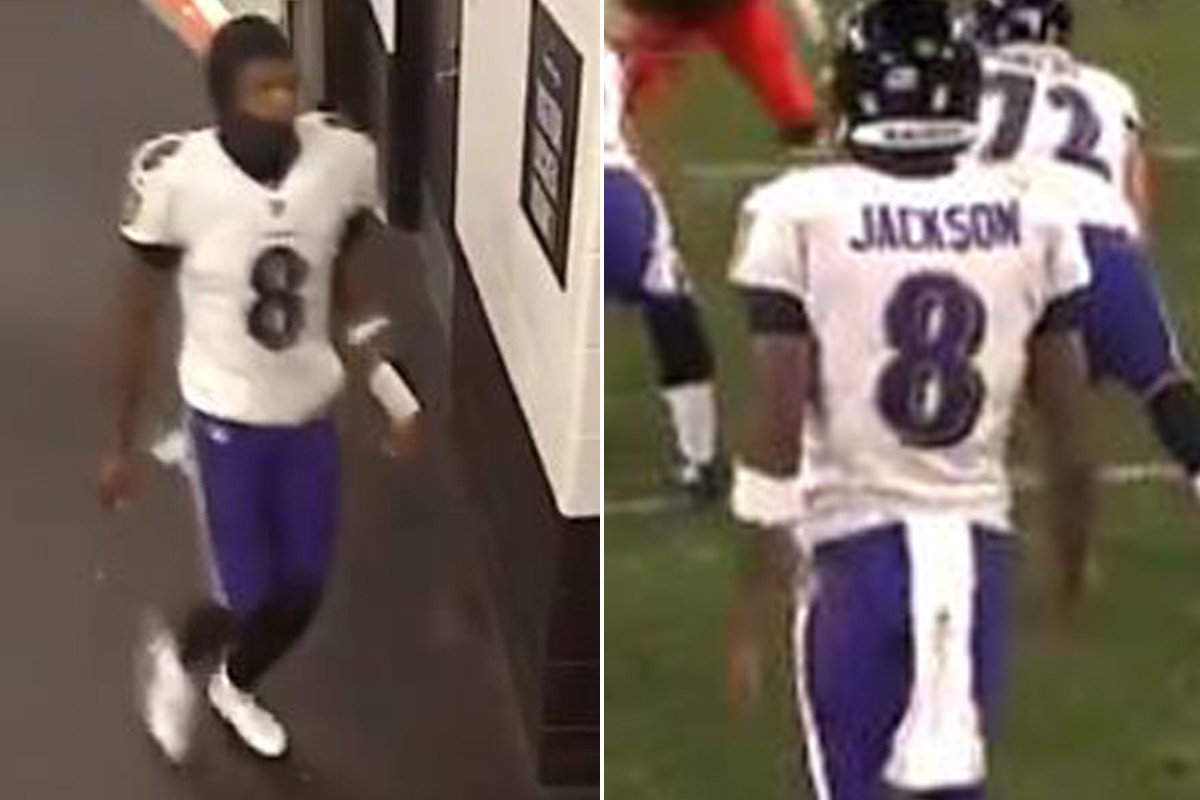 The Ravens won 47-42 Monday night, and despite much speculation, Lamar Jackson says he didn’t bring the Browns to the Super Bowl.

During the fourth quarter, Jackson, 23, jogged to the locker room for what the ESPN broadcast described as “ cramps. ”

But Jackson’s sudden departure, captured by the broadcast, led fans on social media to speculate that he should go for two.

Jackson later returned a series to throw a fourth-place touchdown to Marquise Brown who gave the Ravens a 42-35 lead with 1:51 to go into the game before eventually leading Baltimore on a game-winning drive in the last minute.

“I didn’t pull Paul Pierce,” Jackson said in reference to the former Boston Celtics star, who was carried off the field in a wheelchair for an apparent bathroom break during the 2008 playoffs.

Instead, Jackson said, he had run to the locker room to receive treatment for cramps due to the cold and the required intravenous fluids.

But before Jackson explained, fans on Twitter loved speculation.

Even his teammate, and regular backup Robert Griffin III, added fuel to the fire.

After Cleveland later righted the game, Jackson led the Ravens back into the field and set up Justin Tucker for the field goal with two seconds to go. A kickoff, a series of laterals and a safety later moved the Ravens to 8-5, a game behind the 9-4 Browns.