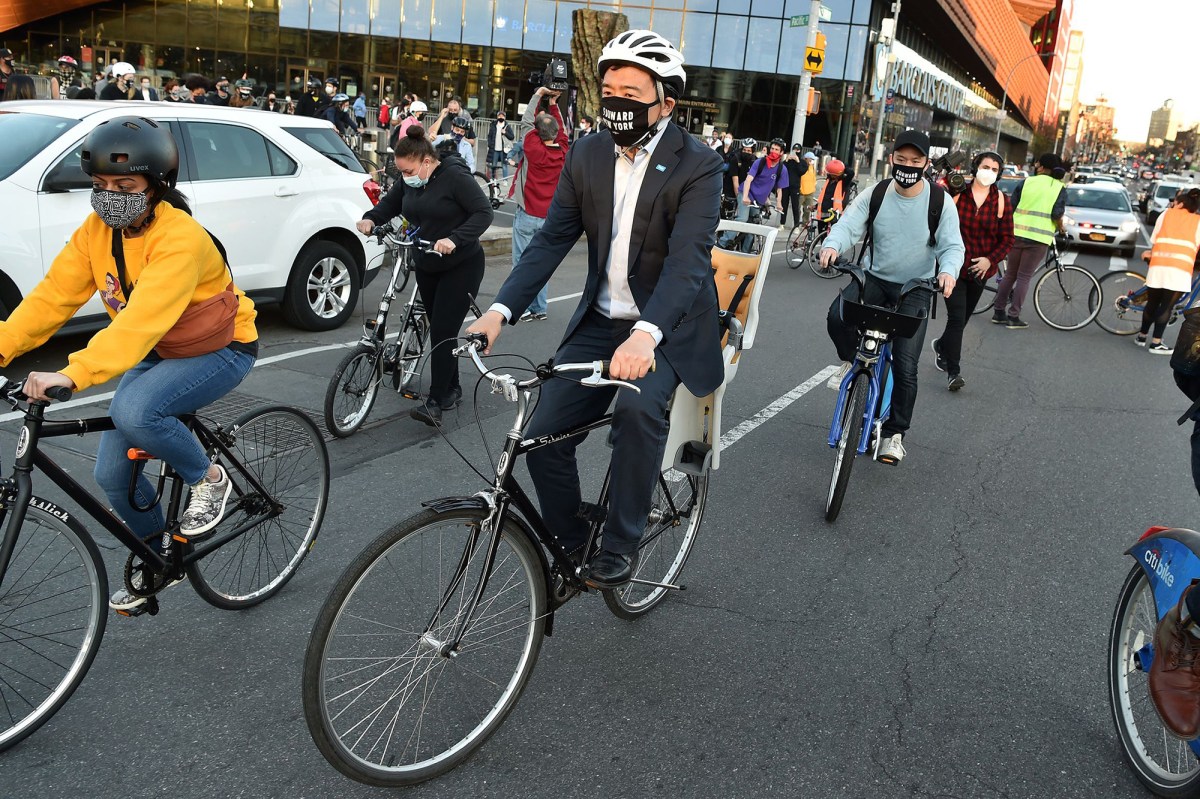 Hopeful Mayor Andrew Yang was confused and called ‘pro cop’ during a Tuesday night in New York City bicycle tour protest against the murder of Daunte Wright by police.

The Democratic candidate rode about 150 cyclists from the Barclays Center to Lower Manhattan via the Brooklyn Bridge before facing off.

“Don’t use our protest for your publicity,” a woman told Yang through a megaphone as the group stopped in Battery Park at approximately 7:50 PM.

‘We don’t want you here. You’re a pro cop, ”the woman said, according to footage of the meeting obtained by The Post.

Several members of the demonstration, who had been thinned out by then, then chanted “shame” at Yang as he drove away.

Last month, Yang called for more funding for the NYPD’s Asian Hate Crimes Task Force amid a wave of violence against the vulnerable community.

Yang’s statement, made during a rally against anti-Asian attacks in Chinatown, was initially met with applause – but others in the crowd then scolded and chanted “Defund the Police,” according to videos shared from the scene.