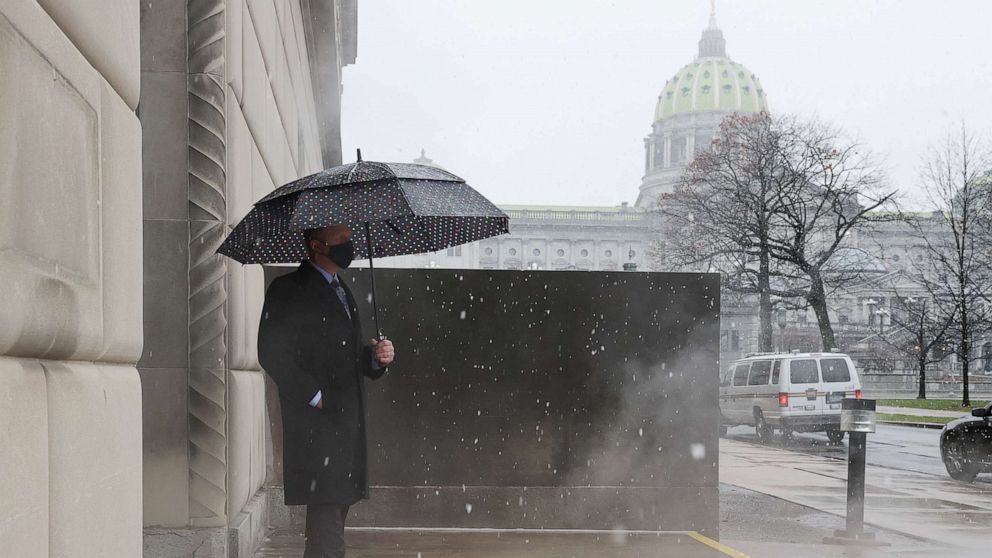 The snow ends in Washington on Thursday, but continues in Philadelphia and New York.

That’s a storm road and a much stronger one on the way to the northeast.

Monday’s storm brought relatively light snow to the Northeast, with the inland running 1 inch to 6 inches from West Virginia to Vermont, while most of the I-95 corridor from Washington, DC to Boston received rain only.

A second storm is already underway from Colorado and into the Plains with a winter storm warning for Oklahoma, again with up to half a foot of snow locally possible for Western Oklahoma.

On Wednesday, the storm system will move east and reform into a coastal storm off the east coast.

Late Wednesday morning, the snow should start in Washington DC and Philadelphia by noon or early afternoon and New York City sometime in the mid-afternoon.

The snow will sometimes be heavy in Washington, DC for a short time before turning into a mix of rain, sleet and snow.

In Philadelphia, the snow will sometimes be heavy in the afternoon and evening, until a mix of sleet and rain can penetrate the city in the evening.

The snow won’t arrive in Boston until after dinner and late at night, but will be heavy all night at times.

The snow will end in Philadelphia by mid-morning, in NYC around noon or early afternoon, and Boston in the afternoon.

The heaviest snow will be from western Virginia, Maryland and down to Pennsylvania, northwest New Jersey, the Hudson Valley and into central Connecticut, where some areas can see up to 20 inches of snow.