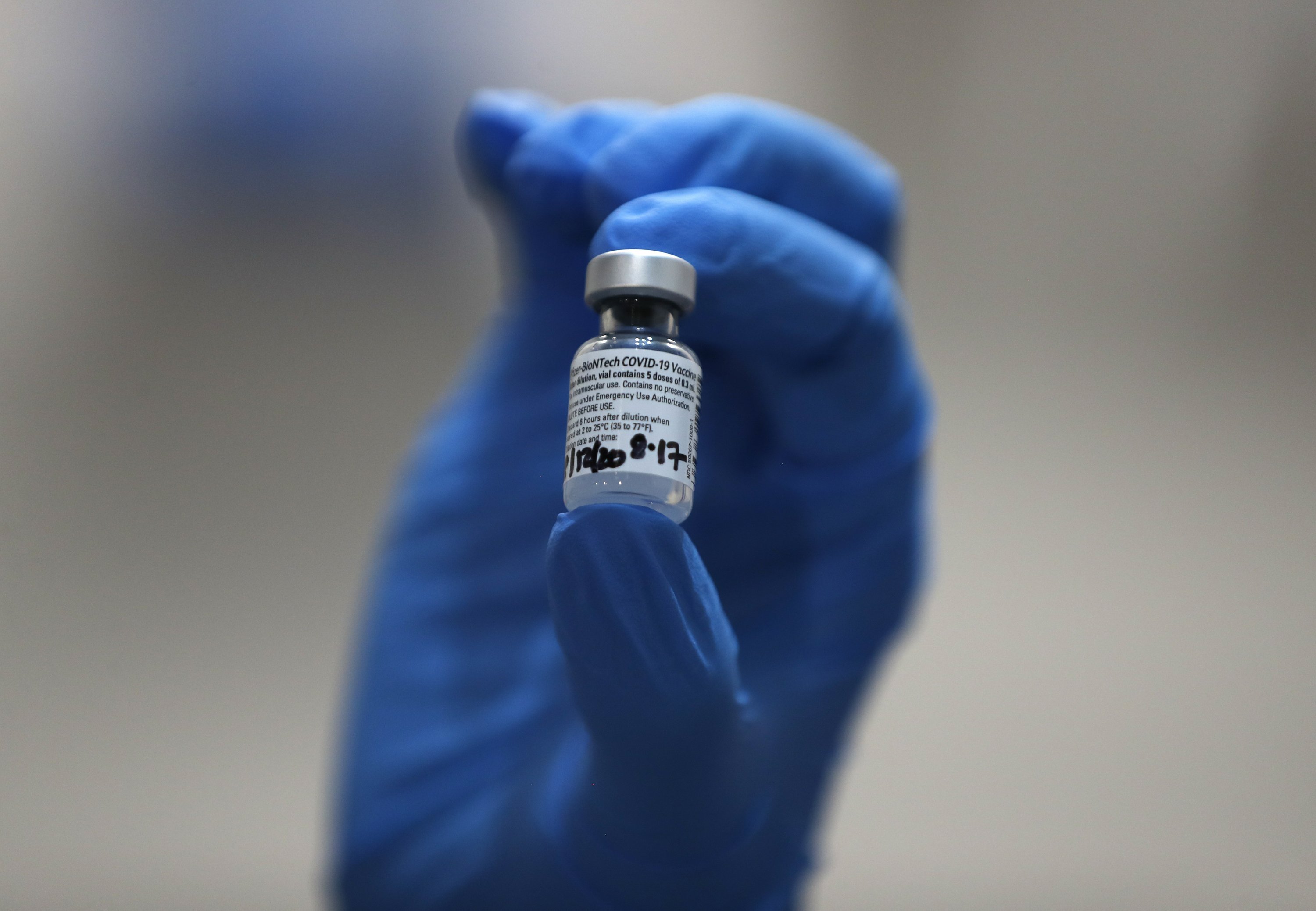 AMSTERDAM (AP) – While Canadians, British and Americans are being immunized with a German-developed coronavirus vaccine, pressure is being put on the European Medicines Agency to include Pfizer Inc. and to approve the German company BioNTech. Most importantly, German officials have said they want it approved by Christmas. Here’s a look at the EMA’s approval process:

WHAT IS THE EUROPEAN MEDICINES AGENCY?

The EMA is the European medicines regulatory body and approves new treatments and vaccines for all 27 countries in the European Union. It’s roughly comparable to the US Food and Drug Administration. The agency is located in Amsterdam and has almost 900 employees.

WHY DOES THE EMA TAKE SO LONG FOR A VACCINE?

Britain, Canada and the US earlier this month approved the use of the Pfizer-BioNTech vaccine under the emergency use provisions, meaning the shot is an unlicensed product whose temporary use is justified by the urgency of a pandemic that has already killed more than 1.6 million people.

But the EMA’s approval process for coronavirus vaccines is largely similar to the standard licensing procedure that would be granted for any new vaccine, only on an accelerated schedule. The companies will still have to submit follow-up data to the EU regulator and the approval must be extended after one year.

EMA Executive Director Emer Cooke told The Associated Press that while all regulators in the US, UK and Canada are looking at largely the same data, “we may not have gotten it all at once.” EMA began its accelerated approval process for the Pfizer-BioNTech vaccine in October, and the companies formally applied for authorization for their injection on December 1.

Using its accelerated approval process, the EMA says the time to review a new drug or vaccine has been cut from about 210 days to less than 150.

HOW WILL THE EMA DECIDE IF THE VACCINE IS OK?

On Tuesday, the EMA announced that it would move a meeting originally scheduled for Dec. 29 to review the Pfizer and BioNTech vaccines to next Monday, after receiving additional data from drug manufacturers.

The announcement came after Germany’s health minister and others publicly demanded the agency act faster.

During the EMA meeting, experts will discuss the data behind the Pfizer-BioNTech vaccine. The meeting, which will be closed, will include a presentation by two officials in charge of vaccine evaluation and may also include calling in company representatives to answer questions.

Within hours of the close of the meeting, the EMA will issue a statement on whether or not to recommend the vaccine. A few days later, they will publish their full scientific review explaining the decision.

EMA approval is valid in all 27 EU countries and once granted, countries can start receiving vaccines for immunization campaigns. An Italian health official says all EU countries want to start vaccinations on the same day.

WHAT DOES GERMANY THINK?

Germany has stepped up pressure on the agency, with its health minister, a leading hospital association and lawmakers all demanding it approve a coronavirus vaccine before Christmas.

“Our goal is approval before Christmas so that we can start vaccinating this year,” said Health Minister Jens Spahn.

Spahn has expressed impatience at the EMA, noting that Germany has already set up some 440 vaccination centers, activated about 10,000 doctors and medical personnel, and was ready to begin mass vaccinations.

The German hospital association also microchipped on Tuesday, demanding the agency issue an emergency permit for the Pfizer-BioNTech vaccine. That way, workers can go to nursing homes to vaccinate those most at risk of dying from the virus.

Other EU countries are also getting impatient.

“I hope that, in accordance with all safety procedures, the EMA can approve the Pfizer-BioNTech vaccine earlier than expected and that the vaccinations can also start as soon as possible in the countries of the European Union,” said Italian Health Minister. Roberto Speranza Tuesday.

IS THE AGENCY STUDYING OTHER CORONAVIRUS VACCINES?

The EMA also plans to convene a meeting Jan. 12 to consider approval of Moderna’s coronavirus vaccine, but said that discussion, too, could be rescheduled.

It also reviews data from two other vaccines, one made by Oxford University and AstraZeneca and the other by Janssen, but neither of these two companies has yet made a formal request to be licensed in the EU.

HOW DOES EMA MAKE SURE THAT A VACCINE IS SAFE AFTER USE?

The agency typically asks companies to provide data on vaccine safety and side effects every six months, but due to the coronavirus pandemic, it will ask companies for that data every month.

“We need to think about how (these vaccines) perform once deployed in a massive vaccination situation,” said EMA chief Cooke, explaining that the agency is taking additional surveillance measures to detect rare or serious side effects.

Although tests with the Pfizer-BioNTech vaccine suggested that the injection is safe and about 95% effective in preventing COVID-19, there is still limited long-term safety data.