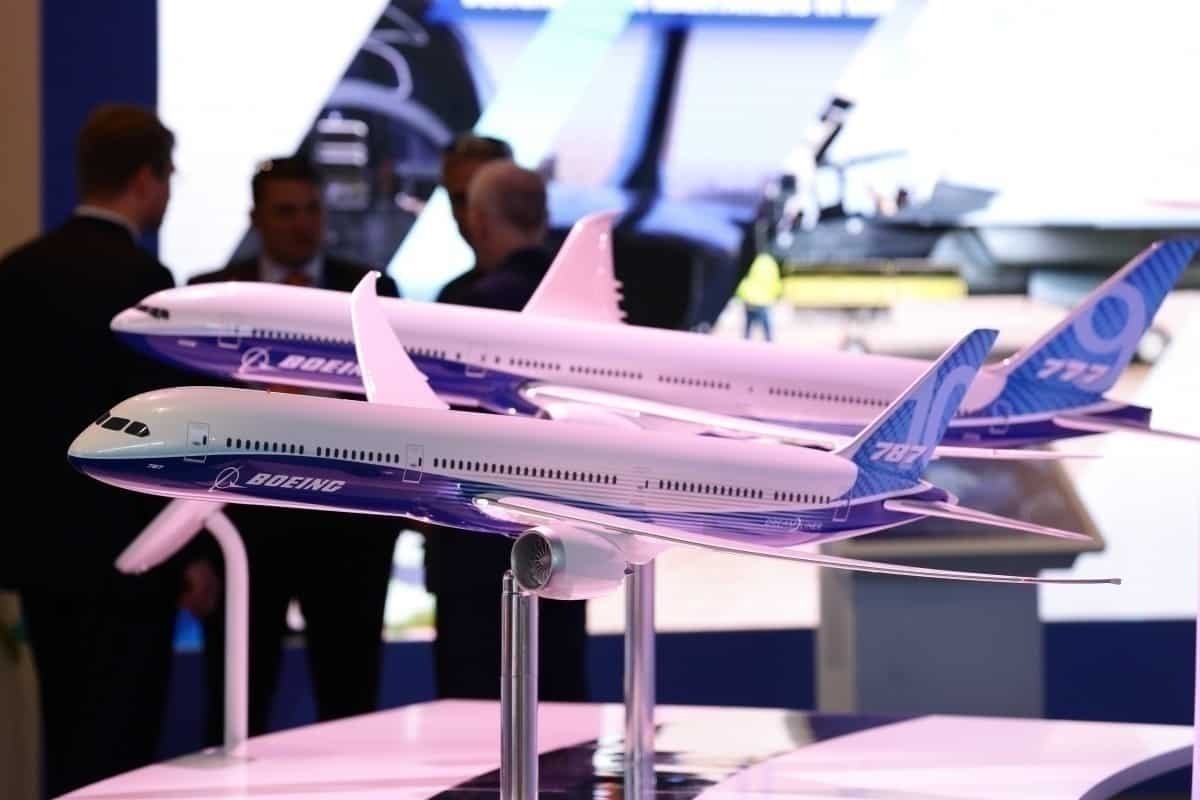 We’ve heard a lot of discussion about Boeing’s next step into the mid-size widebody market. Plans for the new mid-sized aircraft (NMA), dubbed the 797, have been around for a while, but were put on ice with the arrival of a new CEO. There is a gap to be filled and Airbus is ahead of the A321XLR. Since reduced demand is likely to be a problem for some time, supply in this market is important to Boeing.

Since 2015, there have been discussions about the development of a new aircraft by Boeing, targeting the mid-market. This was seen as a new design – a replacement for the 757, but probably in the form of the 767.

Air Lease Corporation CEO Steve Udvar-Hazy discussed this in a 2015 report from FlightGlobal. At the time, he strongly believed that Boeing was looking for a new design rather than simply a 757 update. He said:

“We’re very, very closely involved with Boeing… and based on everything we’ve seen, I don’t think the idea of ​​a new engine is on the table right now. I think Boeing is looking at a plane that’s not just a 757 replacement, but things that go beyond that in terms of range and size. “

Several airlines showed interest in a new aircraft, and it was a big part of the discussion at the Paris Air Show in 2015. Nothing was officially released from Boeing, but different sources discussed the outcome. The NMA is expected to be larger than the 757, with a capacity of approximately 220 and a range of 8,300 kilometers. Fabrice Bregier, Airbus CEO, estimated it would cost Boeing about $ 10 billion to market a new plane like this one.

There were also rumors of a stretched version (which will follow later). This would increase passenger capacity to 267, with a range of 7,778 kilometers. The two models were soon dubbed the 797, although Boeing never called it that, nor did it officially launch the project.

Despite interest from some airlines, there was little progress and no launch for the 797. The idea had sparked interest from United (a major Boeing customer), Delta Air Lines, Qantas and Icelandair.

It was hoped that an official launch would take place at the Paris Air Show in 2019. However, with Boeing reeling from the 737 MAX’s two disasters, it was a hushed presence at that air show and no announcement was made.

Confirmation of the changes to the NMA’s plans came in January 2020. New Boeing CEO Dave Calhoun explained that the plans would be revisited. He said:

“Since the first clean sheet of paper was delivered on it, things have changed a little … the competitive playing field is a little different.”

At the time, there were several issues plotting to rethink the plans:

Airbus has advanced with the A321LR and A321XLR

Boeing looked at the NMA project to fill a clear gap in the market. As a replacement for the aging 757, it would fill the gap between the top of the 737 MAX and the smallest 787. Without developing anything, Boeing is missing an offer in this area. Boeing itself previously estimated the demand in the market for about 5,000 to 7,000 units.

Airbus, on the other hand, has continued to pay attention to this part of the market. It has chosen to expand the capabilities of the A320 series rather than develop a clean sheet design. This, of course, markets narrowbody’s instead of the widebody Boeing looked at.

Airbus launched the A321LR in 2015 and went into service at launch customer Arkia in 2018. This extended the range of the A321 to 7,400 kilometers using additional fuel tanks, with a capacity of 206 in a typical two-class layout, with an exit limit of 240. With the ability to operate transatlantic flights, it quickly moved into space the NMA could have occupied.

TAP Air Portugal currently has the largest fleet of nine A321LR aircraft, with three more on order. Other operators include Arkia, Aer Lingus, Air Astana, SAS, Air Azores, Gulf Air, and Air Transat. JetBlue has begun to receive its order for 13 aircraft and will introduce a highly anticipated transatlantic service with a new Mint business class. Qatar Airways has 10 on order.

Continue with the A321XLR

The real game changer, however, is the upcoming A321XLR. It offers a range of 8,700 kilometers, with additional fuel tanks in the center and rear. It should be on the market in 2023.

There are currently at least 450 orders for the A321XLR. The largest are from American Airlines and United, with 50 aircraft each. Qantas, AirAsia, Air Arabia, Wizz Air, Frontier, VietJet and JetBlue all have more than 10 airplane orders.

This, of course, poses a serious challenge for Boeing. It may revisit its NMA plans, but it is certainly unlikely that they will drop it completely and leave this market segment to its competitor. Demand for new aircraft may suffer from the current slowdown, but lower capacity aircraft are likely to emerge more strongly as the situation improves.

Operating long-haul routes with lower capacity not only meets a growing shift towards point-to-point operations, but also reflects this reduced demand.

So, what could Boeing launch as a new NMA to compete with the A321XLR? Boeing has not confirmed anything, but some possibilities have been put forward.

A completely new clean sheet design remains possible. But given that this was previously put on hold, it seems unlikely. This is an expensive option and of course it will take a long time. Money is tight these days and Boeing is already lagging behind in the mid-sized market.

Is Boeing going for a narrowbody or widebody? At the time of the NMA project hiatus, CEO David Calhoun explained (during a company call) that he wanted to understand both options. He said:

[Boeing] will not design our next aircraft based on the A321… I now know what the NMA is aiming for. I want to make sure I understand everything about the widebody, narrowbody world. “

One option for a narrowbody design is to build on the 737 MAX (as Airbus did with the A321neo). We’ve previously looked at Boeing’s potential Future Small Airplane (FSA). This would compete directly with the A321XLR, building on the 737 MAX with a new design that allows for additional fuel storage.

Simple Flying looked at one proposal for this in 2020. Boeing filed a patent for a new design in 2009. It has an almost elliptical cross-section, leaving enough internal space for a second aisle.

Another option is to perform updates to the already popular 757 or 767. These devices fit well into the middle of the market segment, and this would be much cheaper than a brand new development.

A 757 MAX would make sense in many ways. Many airlines know and love the 757, and of course it is already certified. A similar model to the 757-300 could seat about 240 passengers and offers greater range and efficiency with the addition of new engines. New cabin technology and integration of composite materials can of course provide further improvements.

Likewise, there are rumors of a 767X. It would re-motorize the original widebody with the General Electric GEnx and likely offer a passenger and a freighter variant. It would likely require modified landing gear due to the larger engines, but few other changes.

If you think you’ve heard of the 767X, it’s because it was originally proposed in the 1980s. It was proposed as a partial variant of the second deck 767, but it never emerged from the proposal phase.

Such a model would suit the US or Japanese domestic market well. Japanese airlines ANA and Japan Airlines ordered the 787-3, but switched it to the 787-8 after program delays.

Could the 787-3 now fulfill the role of the NMA? The possibility of a 787X has already been discussed. The efficiency would be an improvement over upgrading the 757 or 767. And Boeing operates efficient 787 production lines. Time will tell which option Boeing continues.

One thing is certain: Boeing must do something. It cannot simply leave this market segment to its European competitor. If so, it will close the door to a growing and lucrative field, and one in which Airbus already has a good head start.

What do you think of Boeing’s NMA plans? Was it good to put them on hold, and where do you think development will go? Let us know your thoughts in the comments.