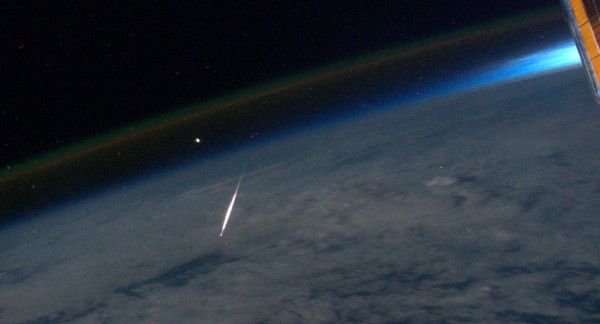 Weather permitting, the webcast will feature live images from a meteor camera at the NASA space center in Huntsville, Alabama.

Related: Geminid Meteor Shower 2020: When, Where and How to See It

Nicknamed ‘The Owl’s Night Begins’, the mission will take off from New Zealand’s Mahia Peninsula during a two-hour launch window that opens at 4 a.m. EST (0900 GMT). Watch it live in the window above, courtesy of Rocket Lab.

The special mission for Synspective is scheduled for launch during a 14-day launch period opening December 12 UTC and will be launched from Rocket Lab Launch Complex 1 on New Zealand’s Māhia Peninsula to a targeted circular low Earth orbit of 500 km.

The mission is called ‘The Owl’s Night Begins’ in a nod to Synspective’s StriX family of synthetic aperture radar (SAR) spacecraft designed to visualize millimeter-level changes of the Earth’s surface from space independent of Earth’s weather conditions and at any time of the day or night. Strix is ​​also the genus of owls.

The StriX-α satellite aboard this mission will be the first of a series of spacecraft deployments for Synspective’s planned constellation of more than 30 small SAR satellites to collect daily data from metropolitan centers in Asia that can be used for urban development planning . construction and infrastructure monitoring and disaster relief.

For this mission, Rocket Lab will use a custom expanded fairing to include Synspective’s wide-body satellite – the first use of the expanded fairing options recently introduced by Rocket Lab, along with a range of vehicle performance enhancements, including improvements in battery technology. providing an improved lifting capacity of payload of up to 300 kg (660 lbs). Rocket Lab will also perform an advanced mid-mission maneuver with its Kick Stage space tug that will shield the StriX-α satellite from the sun to reduce radiation exposure before the payload is deployed.

Peter Beck, Founder and CEO of Rocket Lab, said, “We are honored to provide the ride to orbit for Synspective and play a critical role in deploying their constellation’s first satellite. By flying as a special mission on Electron, the Synspective team has full control over their orbit and launch schedule, giving them a degree of confidence over a critical time in their business development. “

Synspective’s founder and CEO, Dr. Motoyuki Arai, says, “We are so pleased to share this momentous launch of our first satellite, the StriX-α, with Rocket Lab. This is just the beginning of a constellation of 30 SAR satellites. We are very excited to begin scaling our business, which includes SAR satellites as well as downstream solutions. “

‘ISS Live!’ Tune in to the space station

Find out what the astronauts and cosmonauts are doing on board the International Space Station by tune in to the broadcast of “ISS Live”. Hear conversations between the crew and mission controllers on Earth, and see how they operate in the US part of the orbiting laboratory. When the crew is not on duty, you can enjoy live views of Earth from space. You can watch and listen in the window below, courtesy of NASA.

Live video from the International Space Station includes internal views of when the crew is operating and views of Earth at other times. The video is accompanied by audio of conversations between the crew and Mission Control. This video is available only when the space station is in ground contact During periods of ‘signal loss’ viewers see a blue screen.

“Because the station orbits the Earth every 90 minutes, it experiences a sunrise or sunset approximately every 45 minutes. When the station is in the dark, external camera images may appear black, but it can sometimes provide a spectacular view of lightning. or city lights below. ”