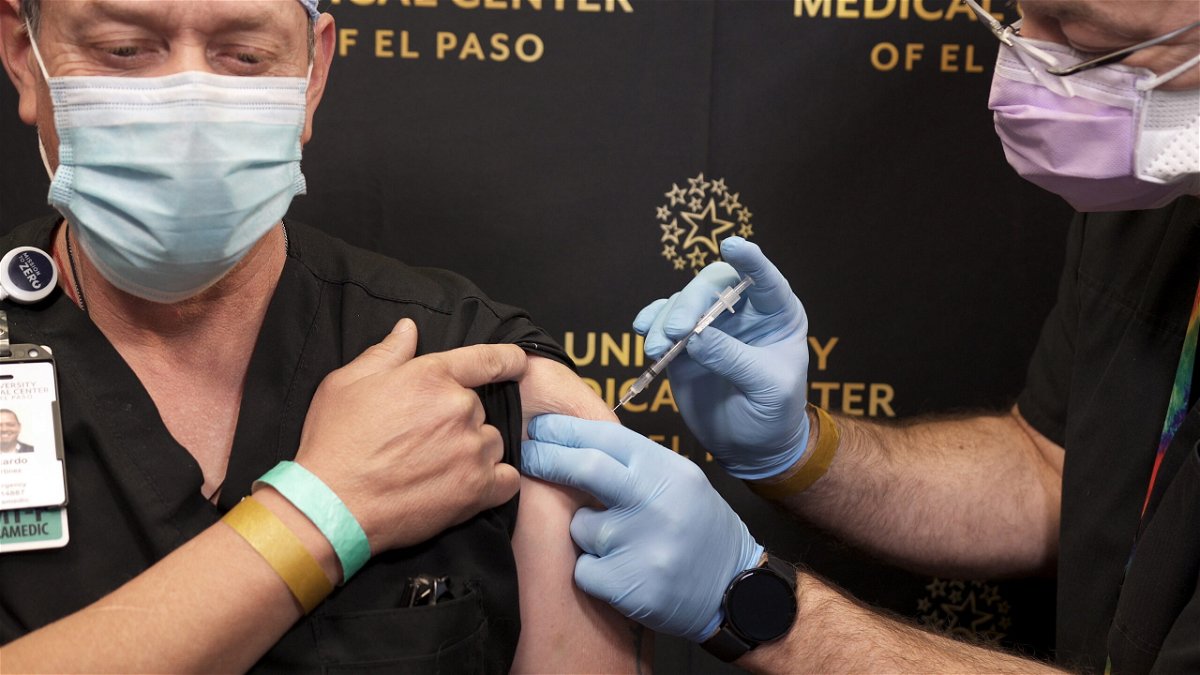 EL PASO, Texas – A nurse from the University Medical Center was vaccinated again against Covid-19 on Wednesday after questions that surfaced on social media whether he actually received a dose of the vaccine on Tuesday.

The nurse was one of the first five El Pasoans to receive the Pfizer vaccine at a media event after the vials of the vaccine were delivered to the hospital on Tuesday.

A statement from the UMC on Wednesday said the following …

“After numerous reports appeared on social media claiming that one of the five nurses who received a vaccination on Tuesday had not received a full dose of vaccine, we want to dispel any doubts that he was not fully vaccinated and further strengthen confidence in the vaccination process .

The nurse in question was vaccinated again today. The UMC has confirmed with the American Advisory Committee on Immunization Practices that re-vaccinating the nurse will have no adverse effects. The nurse should come back after three weeks to get his second dose. ‘

Controversy erupted after images from media coverage of the vaccinations were blown up on Tuesday and circulated on social media platforms.

Those images seemed to show that the syringe used by the second nurse to receive an injection had already been pushed in at the time of the injection.

There were no problems with the other four vaccinations administered Tuesday.