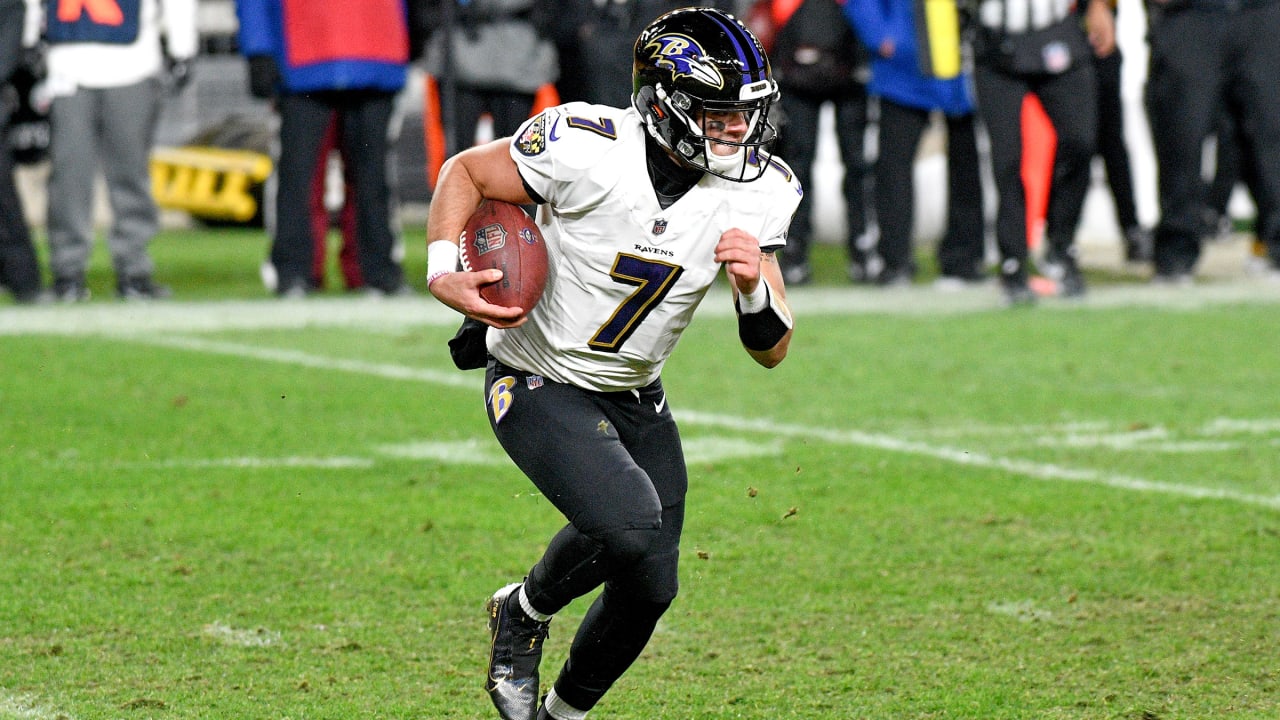 The Ravens will call in another quarterback to support Lamar Jackson.

Trace McSorley has been placed on the injured reserve with a knee injury sustained in Monday night’s win over the Cleveland Browns.

With veteran Robert Griffin III (hamstring) already on the injured list, undesigned rookie Tyler Huntley is next in line to become the No. 2 quarterback. The Utah product has been on the exhibition squad all season and has been active for one game, but never hit.

As he will be placed on the injured reserve, McSorley will miss the last three games of the regular season. He had seen action in the past two games, Griffin relieved in the second half against the Pittsburgh Steelers and Jackson relieved on Monday night after going to the locker room with cramps in the fourth quarter.

McSorley was injured when his knee bent as he tried to cut a third-down scramble. Jackson rushed back onto the field and on the next game, completing a 44-yard touchdown pass to Marquise Brown in fourth place that helped Baltimore to victory.

McSorley saw his first game action this season after his 2019 rookie year as the No. 3 quarterback. Round six from Penn State completed three out of ten passes for 90 yards and a touchdown. He connected with Brown on a 70-yard touchdown in Pittsburgh.

In other roster moves, two players were removed from the exhibition squad – Tommy Bohanon running back and defensive against Braxton Hoyett.