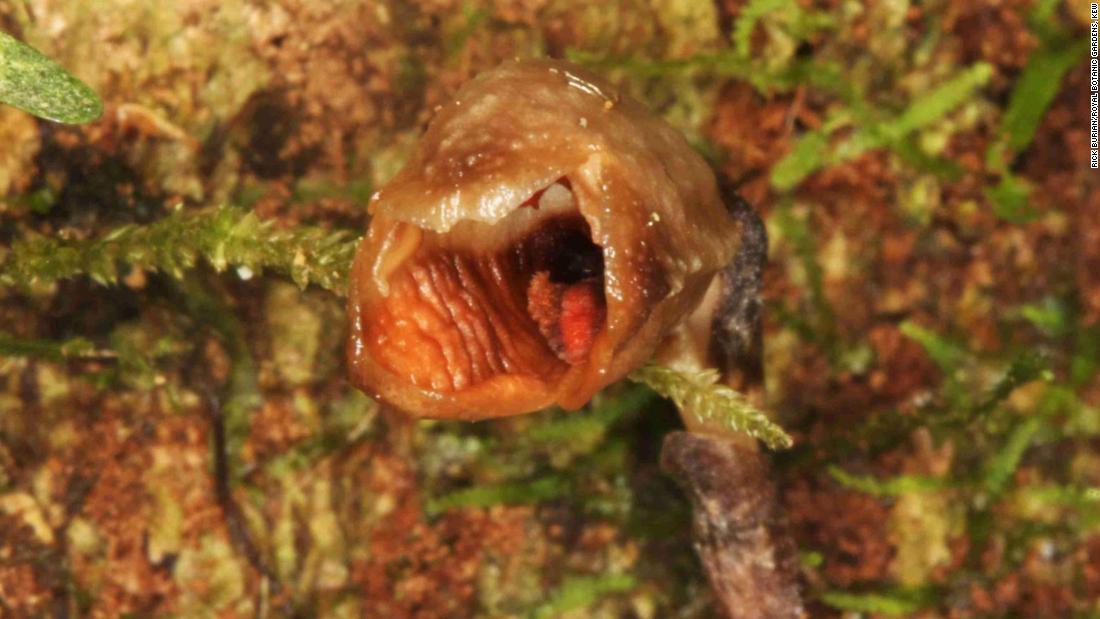 The “Gastrodia agnicellus” – hailed as the “ugliest orchid in the world” – is one of this year’s newly described plants and fungi, researchers from the Royal Botanic Gardens, Kew (RBG Kew) have announced.

The orchid, located in Madagascar, has no leaves, grows from a woolly tuberous stem, and spends most of its life underground, emerging only to flower or produce fruit.

Beauty is in the eyes of the beholder, Johan Hermans, an orchid researcher behind the find, told CNN on Thursday.

Still, he said, “It’s not very attractive, I must say – it looks fleshy, red on the inside and brown on the outside.”

“We first saw it in a seed box. A few years later we went back and searched that same area, looking for a brown flower on brown leaf litter, and eventually found it,” says Hermans, an honorary research associate. at RBG Kew, explained.

“It was kind of hidden at the base of the tree, and you had to remove the leaves to see where the plant was,” he added.

Researchers thought the strange-looking plant might smell like rotten flesh, as is common in some orchids pollinated by flies, but instead the orchid surprised them with a “pleasant, citrusy rose scent,” Hermans said.

“This orchid has an amazing life cycle – it has a woolly tuber on the ground, no leaves, and the flower emerges a little under the leaf litter.

“It just opens a little bit, it gets fertilized, and the seed is a kind of fruit, and it lifts itself up on a longish stork about eight inches long, then opens up and divides the seed.”

About 156 plants and fungi around the world were found and officially named by RBG Kew and partners in 2020, including a scaly leaf shrub from southern Namibia, a relative of the New Guinea blueberry, and a new hibiscus species in Australia.

But several of these plants are already in danger of extinction due to threats to their habitats, RBG Kew warned Thursday.

About 40% of the world’s plant species are in danger of extinction, RBG Kew said earlier this year, with the destruction driven by rising deforestation rates, global emissions and climate change, threats from emerging pathogens and non-native species, and illegal plant trade.
A sixth mass extinction – caused by humans – is underway and experts say it is happening faster than previously expected.
One million of the planet’s eight million species are in danger of extinction from humans, a UN commission warned last year, adding that “transformative change” was needed to save the planet.