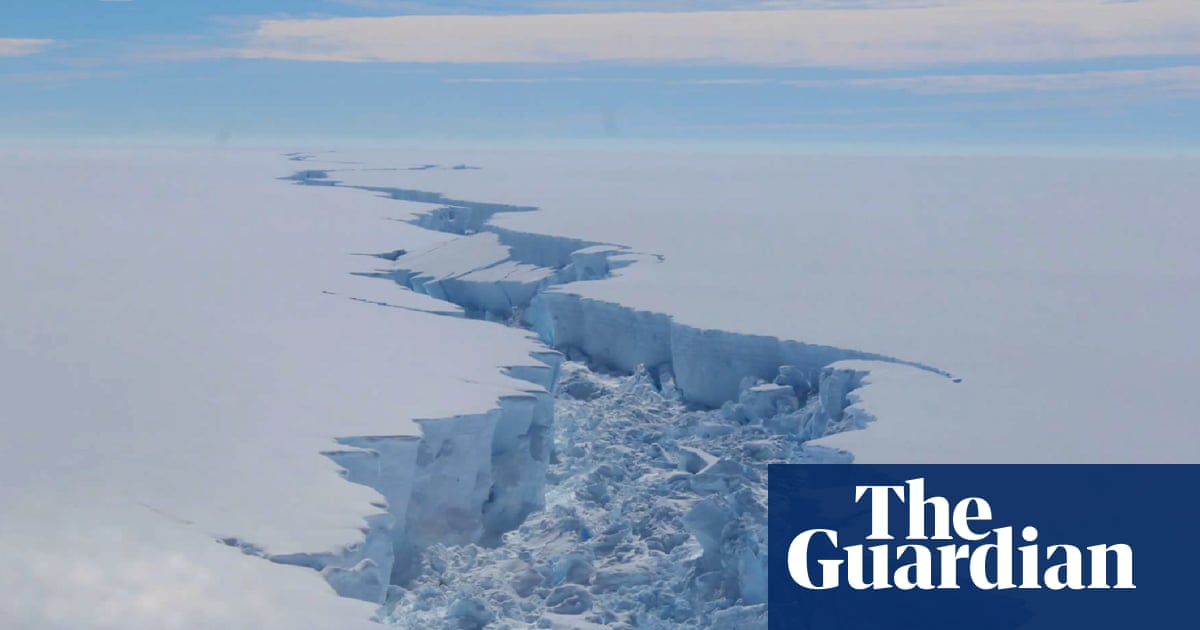 According to British scientists, more than a third of the huge floating ice platforms around Antarctica would be at risk of collapsing and releasing ‘unimaginable amounts’ of water into the sea if the Earth’s temperature is 4 ° C higher than pre-industrial levels.

Researchers from the University of Reading said limiting the temperature rise to 2 ° C could halve the risk area and prevent a dramatic rise in sea levels.

The findings, published in the journal Geophysical Research Letters, suggest that a warming of 4C could put 34% of the area of ​​all Antarctic ice shelves – which equates to about half a million square kilometers – on the verge of collapse.

Ice shelves are permanently floating ice shelves that communicate with a land mass; most of them surround the coasts of Antarctica.

Ella Gilbert, a research scientist in the University of Reading Meteorological Department, said: “Ice shelves are important buffers that prevent land-based glaciers from flowing freely into the ocean and contribute to sea level rise. When they collapse, it’s like pulling a giant cork from a bottle, allowing unimaginable amounts of water to flow from glaciers into the sea.

“We know that when molten ice builds up on the surface of ice shelves, it can break and collapse spectacularly.

“Previous research has given us a bigger picture in terms of predicting the decline of the Antarctic ice shelf. But our new study uses the latest modeling techniques to fill in the finer details and provide more accurate projections. “

Gilbert said the team’s work emphasized the importance of limiting global temperature rises as outlined in the Paris Climate Agreement, which promotes a global framework to prevent dangerous climate change by limiting global warming to less than 2 ° C. above the pre-industrial level.

As part of their model study, the researchers also identified Larsen C, the peninsula’s largest remaining ice shelf, as a particular risk in a warmer climate. They said other ice shelves facing this threat included Shackleton, Pine Island and Wilkins.

Gilbert said, “If the temperature continues to rise at the current rate, we could lose more Antarctic ice shelves in the coming decades. Limiting warming isn’t just good for Antarctica – preserving ice shelves means less global sea-level rise, which is good for all of us. “