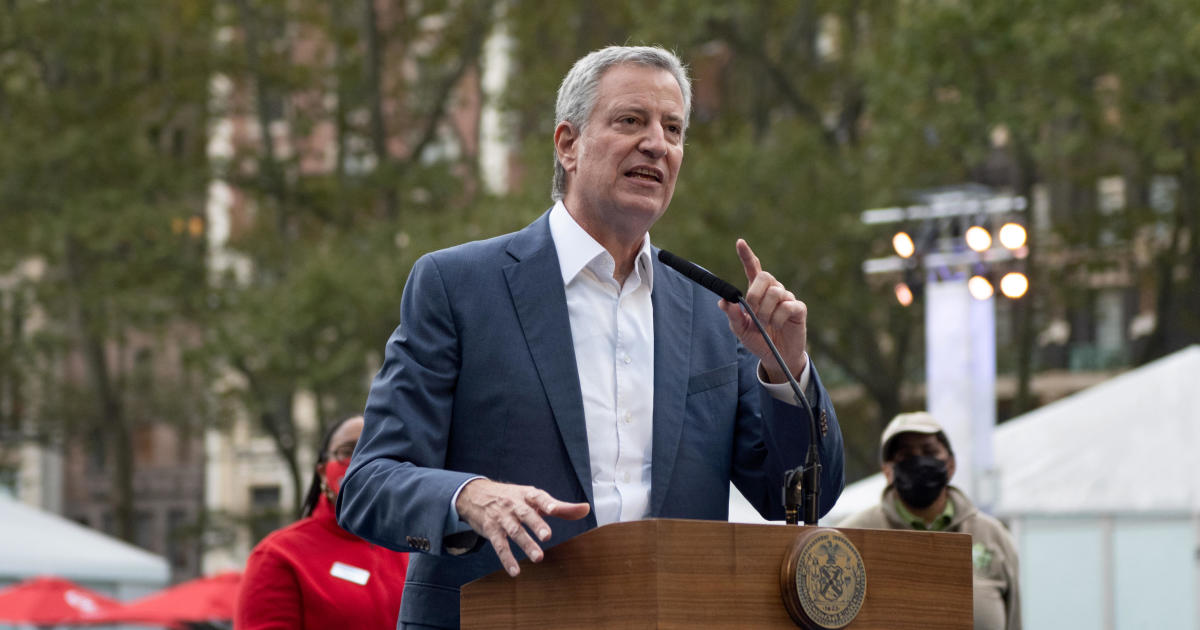 New York City Mayor Bill De Blasio on Monday urged residents and businesses to brace themselves for a possible second shutdown amid a city-wide rise in coronavirus cases.

“What is becoming increasingly clear is that all forms of restrictions must be on the table at this point,” De Blasio said at a press conference from City Hall in Manhattan. “At the current pace we are going, you should now be ready for a full shutdown – a break like we had at the end of spring.”

In the past seven days, nearly 20,000 New Yorkers have tested positive for the virus. The positivity rate on December 12, the most recent day for which the city has data, was 5.5%. After dropping to less than 3% during the summer, the rate has not dropped below 5% since November 29. According to health data, more than 24,500 people in the city have died from COVID 19-related causes.

Another lockdown is “ increasingly necessary to break the back of our second wave, to prevent the second wave from growing, to keep it from taking lives, to keep it from threatening our hospitals, ” added De Blasio, who commented on New York Gov. Andrew Cuomo’s December 12 comments to the New York Times raise the possibility that the city will enter another lockdown “ within a month. ”

The decision to impose stricter restrictions in New York rests with Cuomo. But De Blasio urged companies and employees to prepare to start working remotely if they currently log into physical workplaces.

Potential restrictions could take “a matter of weeks,” De Blasio said. “We need to prepare mentally and practically for that possibility.”

“I believe this is the weapon that will end the war. This is the beginning of the last chapter of the book,” Cuomo said of the milestone at a news conference on Monday.

“It will take months for the vaccine to reach critical mass. This is the light at the end of the tunnel, but it’s a long tunnel,” added Cuomo.

The city’s restaurants had to close dine indoors again Monday in a move that could bring more permanent closures to thousands of ailing food and beverage outlets. Winter weather also threatens the viability of their outdoor setups.

“It’s absolutely devastating. It’s amplifying the crisis,” said Andrew Rigie, executive director of the New York City Hospitality Alliance, an association representing the city’s dining and entertainment venues. “With the cold weather and snow on the way, restaurants will not have the benefits of dining outdoors to even help them.”