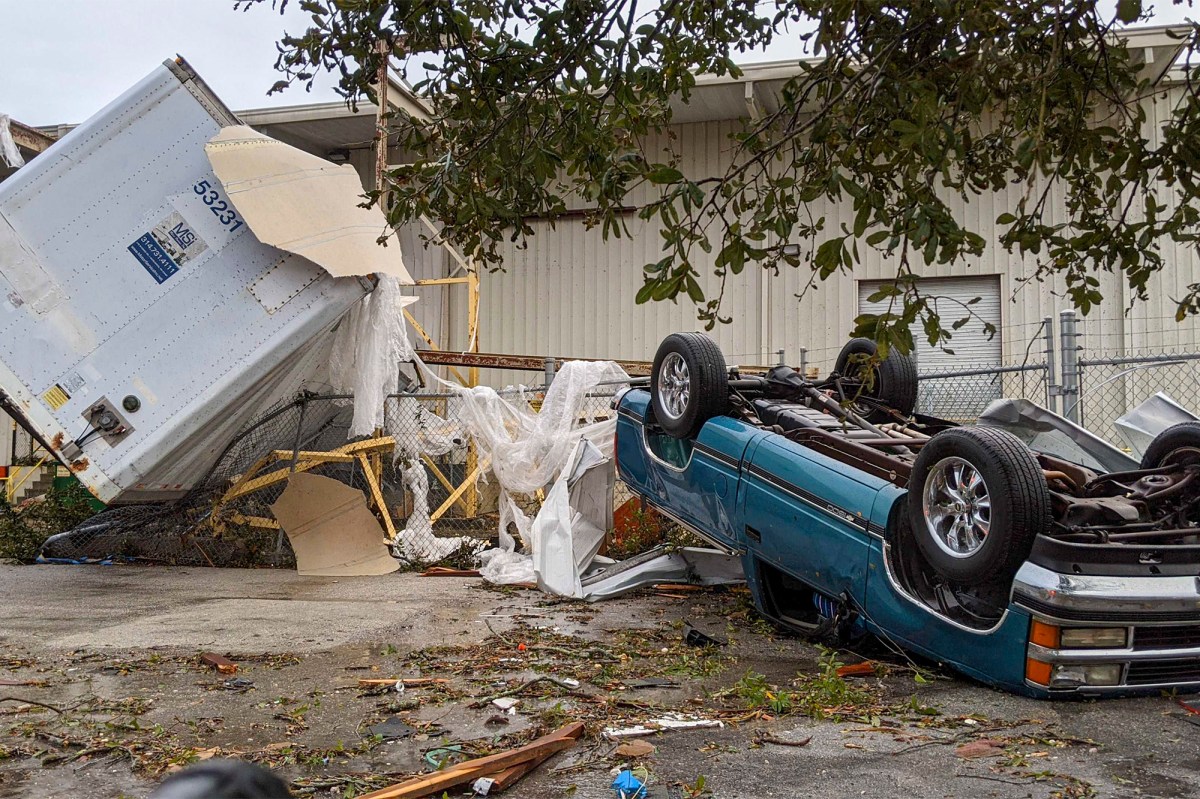 A tornado in Florida sparked warnings in several counties, causing power outages and building damage in one city on Wednesday.

The National Weather Service said a “confirmed large and extremely dangerous tornado” has swept through parts of Pinellas County and into Tampa Bay, according to WTSP-TV.

Pinellas Park police said in one tweet that the tornado destroyed 25 buildings. No injuries were reported.

The same tornado threatened Hillsborough and Polk counties, and warnings were lifted at 5:30 p.m. The National Weather Service advised residents to exercise caution with the stormy weather, according to the Tampa Bay Times.

The outlet reported that about 13,000 customers have lost power in Pinellas Park.

Photos on social media show the damage in Pinellas Park, where tree branches can be seen on top of damaged houses, debris on the ground and even a car that fell on the road.