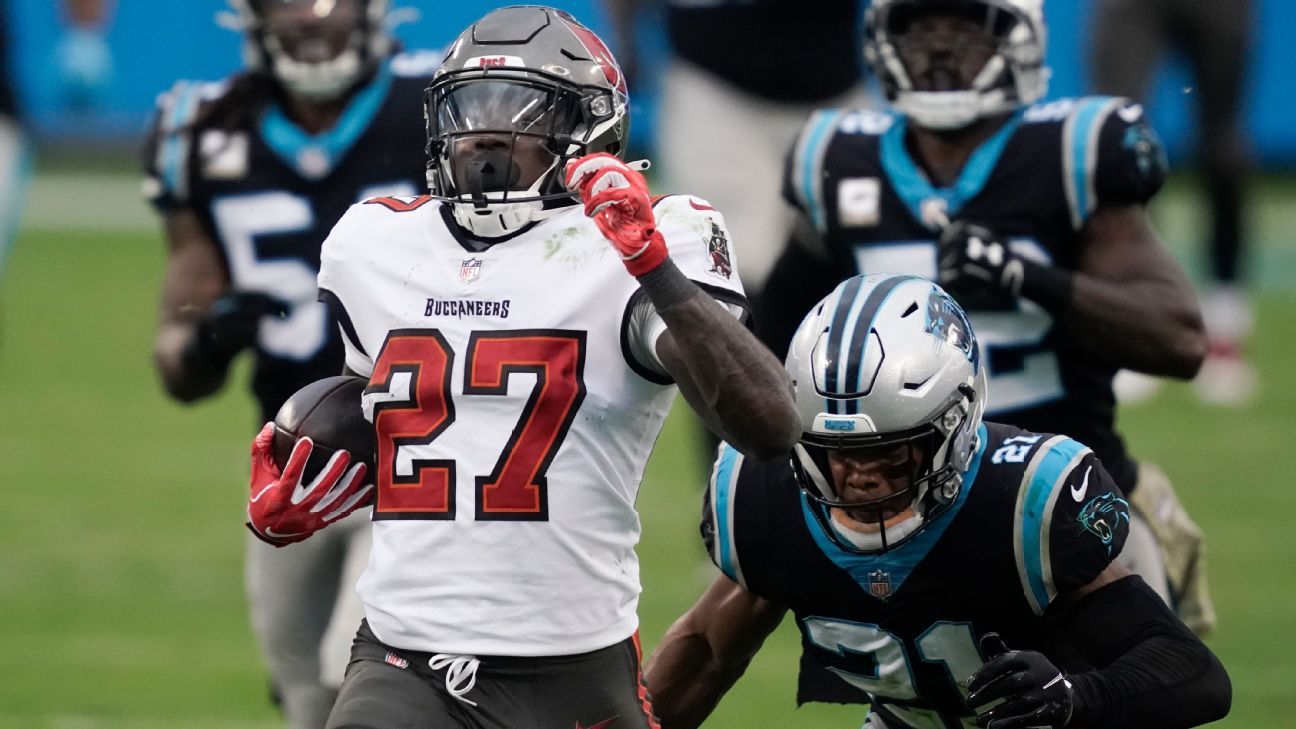 Jones suffered a broken pinkie early in the game against the Minnesota Vikings on Sunday when he was blocking. He was able to return to the game and rushed for 80 yards on 18 carriers.

Sources close to the situation said it is unclear at this point if Jones will miss any moment with the injury, with one saying they won’t know until later this week, but he still has a chance to play.

Jones is in the middle of a breakthrough season. His 900 rushing yards are currently ranked fourth in the NFL. More importantly, coach Bruce Arians recently confirmed the Bucs’ commitment to running the ball.

If Jones can’t go, LeSean McCoy and Leonard Fournette are both options, as is rookie Ke’Shawn Vaughn. McCoy, who hadn’t seen any real action since week 6, stepped in on Sunday and rushed for 32 yards on four carriers and had a 3 yard catch, while Fournette was a healthy scratch.