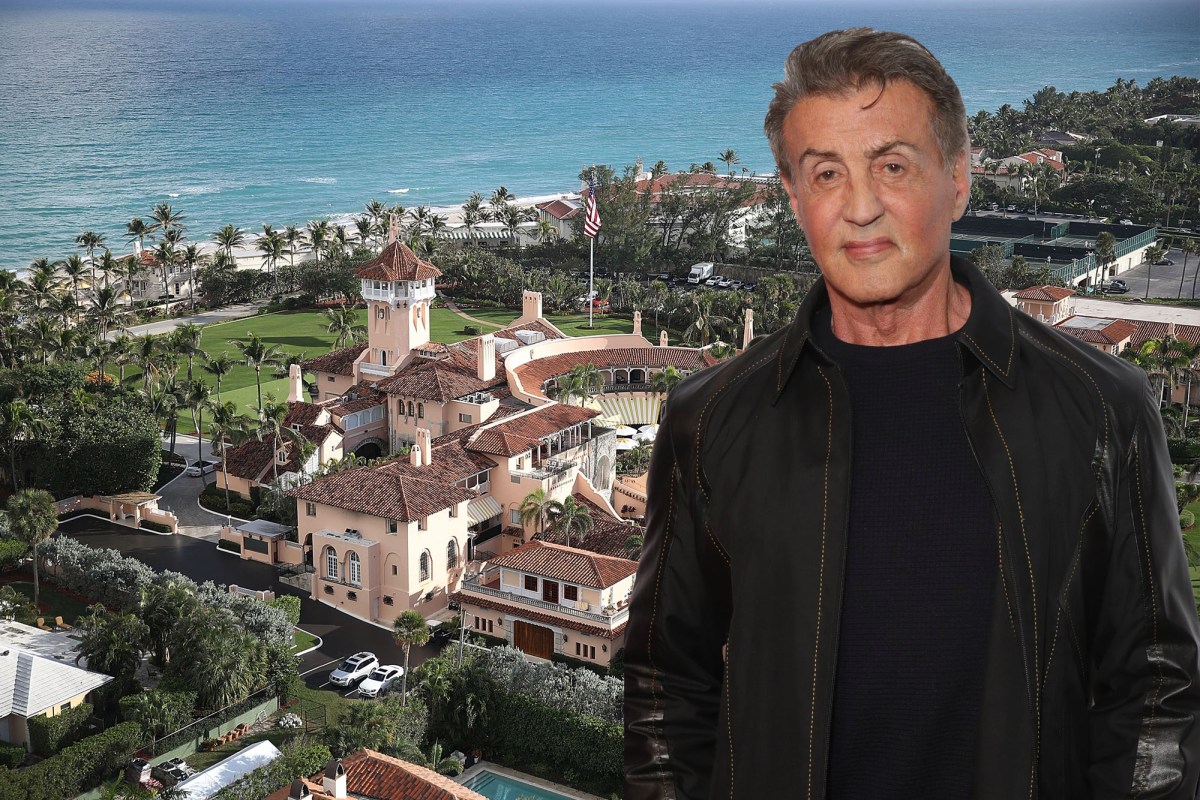 Stallone, 74, was previously a guest at Mar-a-Lago after attending a New Year’s Eve party there in 2016. A source who saw Stallone at the club last month told us, “Sly just joined Mar-a-Lago.”

He was seen posing with a number of other guests for photos, all with their fists in a boxing position.

The “Rocky” legend bought a $ 35 million lot near the club in Palm Beach, Florida, in December, local reports said. According to a listing, Sly’s new estate has seven bedrooms amid 13,241 square feet of living space, plus 253 feet of waterfront, a dock, sandy beach, and a pool pavilion with an open-air cabana.

The “Rambo” star once also owned a Florida home on Miami’s Biscayne Bay, but was reportedly house hunting in Palm Beach last year.

In the meantime, Stallone will have more time to spend at home: he revealed this week that he won’t be appearing in a third movie in the hit “Rocky” spin-off franchise, “Creed.” Star Michael B. Jordan will direct the upcoming sequel, which is expected to be released in 2022.

But Stallone recently replied in response to a fan on Instagram of “Creed III”, “It will happen, but I won’t be in it. Keep hitting.” His rep then confirmed to The Hollywood Reporter that he won’t be in the movie to be.

Stallone also announced that he had made a new director’s cut of “Rocky IV” to mark the film’s 35th anniversary.