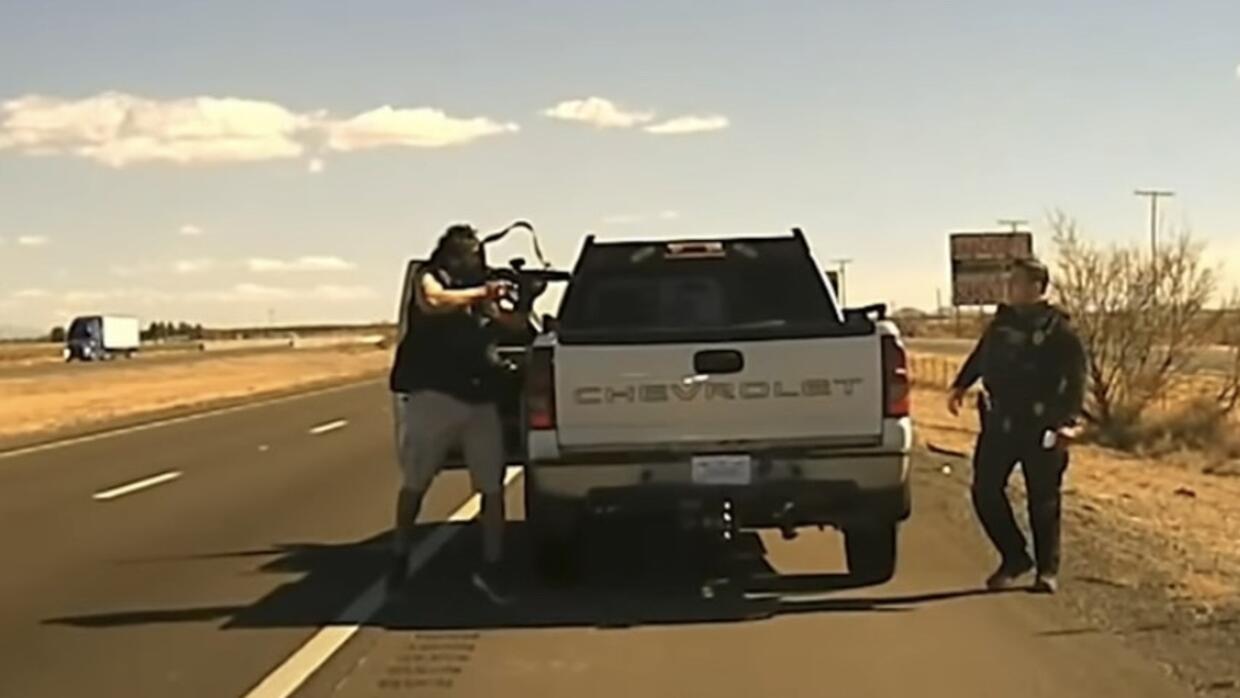 A New Mexico State Police (NSMP) officer was shot and killed in a traffic stop in February as part of a multi-agency counter-narcotics operation. when a man who had pledged the rifle he was carrying shot him several times.

A video of Officer Darian Jarrott’s patrol dashcam, released by the department last Friday, shows Omar Félix Cueva, 39, getting out of his truck with his AR-15 style rifle opening fire while the man in uniform tried to protect the rear of his vehicle, although he was hit by bullets. Before he fled the place, Cueva he approached the injured policeman and shot him at close range.

The incident on February 4, in which Jarrott – an officer since 2015 – was killed unleashed a police chase of about 40 miles after another officer related what happened after he found the victim on the tarmac.

Authorities said they could slow down Cueva’s vehicle, who would be killed later that day in a shootout with police.

In a statement, the NMSP reported that Cueva already had one a “violent history” He was on his way to Las Cruces to trade drugs when he was stopped by Jarrot.

The officer was buried in his hometown of Lordsburg on February 12.