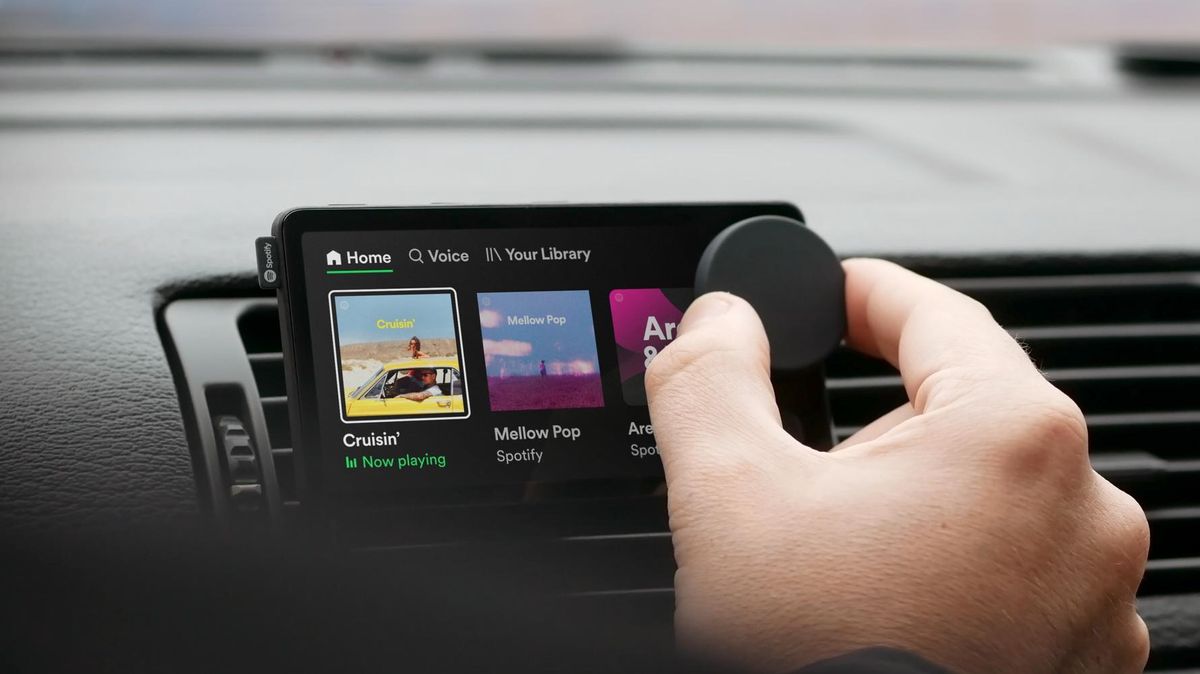 Spotify has announced that its Car Thing experiment will be an official product shipping to select Spotify Premium customers.

An unfortunately chosen name for a streaming media player, Car Thing works by syncing with your car’s stereo system, via Bluetooth, or with an included 3.5mm aux cable. The idea is that Car Thing will work with all older cars that don’t use CarPlay or Android Auto, and still rely on older head units for their audio.

When synced, Car Thing will display your favorite music, podcasts, playlists and trending content on Spotify, which can then be selected using touch controls, the rotary dial, four speed dial buttons or the built-in voice assistant that can be summoned by saying ” Hey Spotify ”.

The player is expected to cost $ 79.99 (around £ 60, AU $ 100) when available to the public, but Spotify will make it available for just $ 6.99 (US shipping) to Spotify Premium subscribers who log in to Spotify’s website to get one during the limited window. Unfortunately, it’s only available in the US for now, and Spotify has yet to announce global availability.

Spotify’s first piece of hardware is … definitely something

Spotify made the announcement about Car Thing on its blog, highlighting that the device was created in response to the problem faced by everyday users, which is letting Spotify play on older cars for their morning commute. To that end, Spotify says, don’t expect it to become a hardware company overnight:

“Our focus remains on becoming the world’s number one audio platform – not making hardware – but we developed Car Thing because we saw a need among our users, many of whom are missing out on a seamless and personalized in-car listening experience. .

“Regardless of your car’s year or model, we believe everyone should have a superior listening experience,” Spotify said in the blog post.

Granted, smartphones can do a lot of what the Car Thing can – like playing music on Spotify with a voice assistant via Bluetooth or a 3.5mm cable – but Spotify’s player is certainly a unique solution that gets a lot of style points.