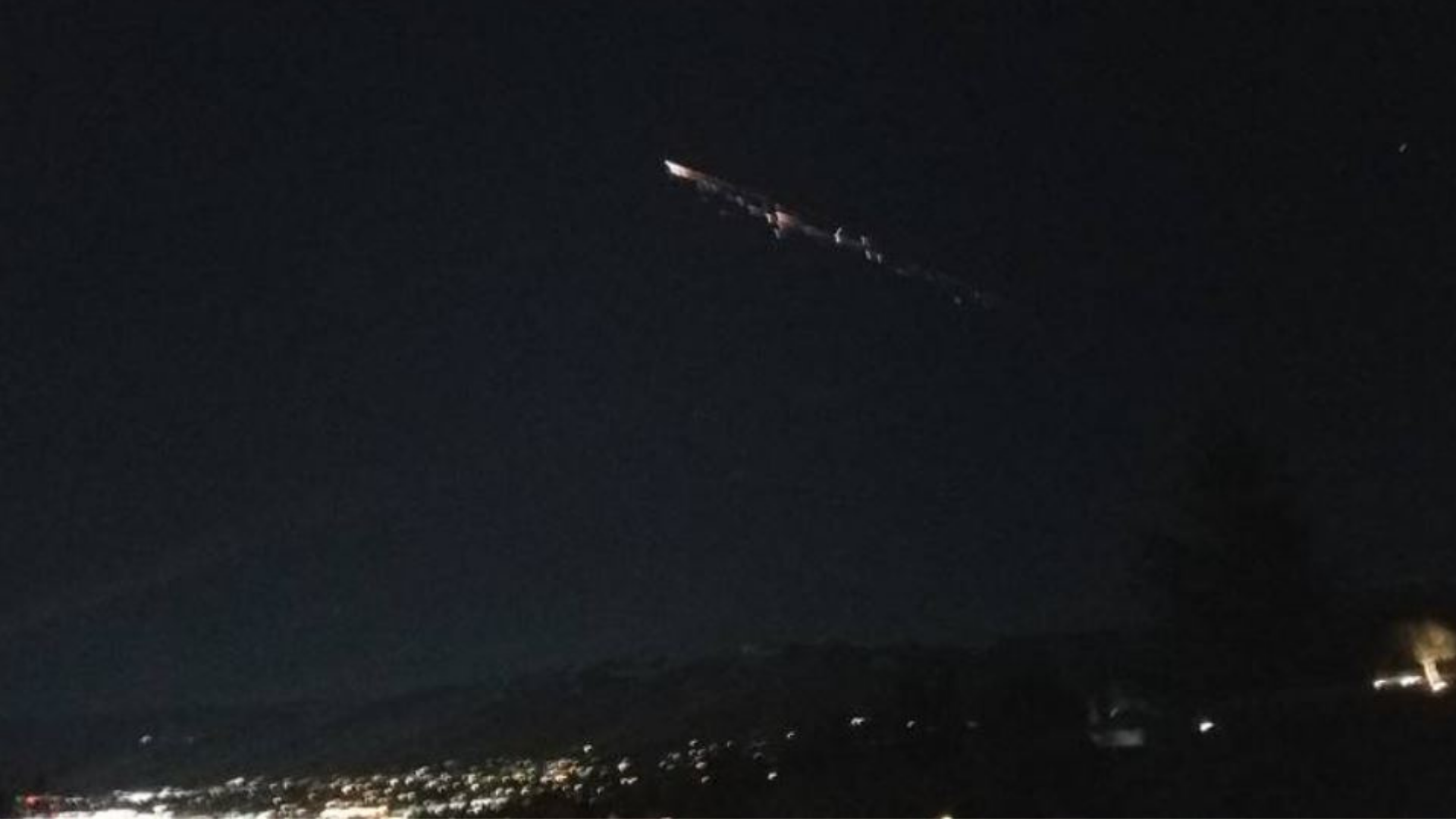 Thousands saw bright lights in the sky over the Pacific Northwest Thursday night. A line of slow-moving bright lights moved across the sky through Washington and northern Oregon.

Chief Meteorologist Morgan Palmer has confirmed that this “space junk” is the second stage of a SpaceX Falcon 9 rocket that will disintegrate upon reentry. The rocket stage was part of the March 4 launch of the SpaceX Starlink satellite internet system. It burned up after 22 days in orbit when it reentered. Palmer says it appears to have entered Earth’s atmosphere later than planned, observing the fiery reentry over the northwest rather than the north Pacific.

He says missile debris like this usually burns up completely when it gets back into the atmosphere, but there’s little chance that some debris could end up on the ground. No reports have been received yet.

The relatively slow rate of disintegration seems to me likely to be a satellite, a rocket component, space debris, something that disintegrates upon reentry. Something that was orbiting the Earth. Meteors would generally move much faster if they burn up. But we’ll see! https://t.co/jaTVB55HWS

“Meteors would generally move much faster if they burned out,” Palmer said.

The National Weather Service also received calls about the mysterious object around 9 p.m.

“Upon further investigation, we have received unofficial information that this is debris burning in the atmosphere from the launch of the Falcon 9’s second stage and that it did not deorbit correctly,” said NWS officials.

NWS officials also said they have not heard of any impact in Western Washington.