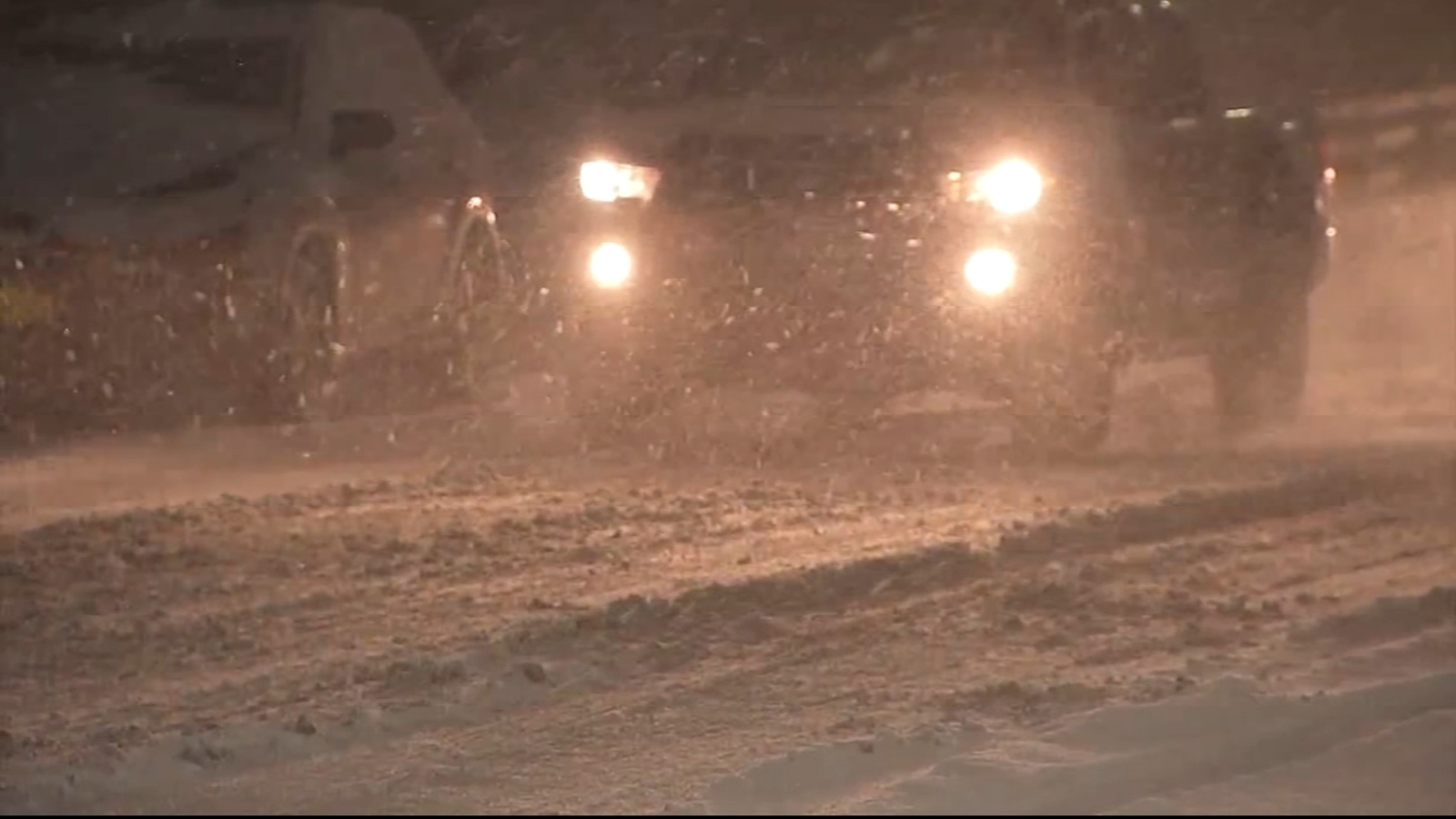 PHILADELPHIA (WPVI) – In Philadelphia, you could see cars skidding and sliding as Wednesday’s nor’easter hit the region. The National Water Service says 5.7 inches of snow has been recorded in the city, the most since 2018.

The flakes evoke memories of her children, for 83-year-old Elizabeth Moto. “I just remember they were young and happy and playing,” she says.

For some, the roads aren’t the main concern, but what comes once you get to the house.

“On the way home. Hopefully I have a parking space. If not, I’ll drive back here to park and walk back home,” said Ron Ashworth, who is willing to walk 12 blocks, but only if I have to.

PennDot has issued a travel advisory, which imposes a speed limit of 45 miles per hour on local highways, including I-95 and I-76.

On Roosevelt Boulevard in Northeast Philadelphia, sailing was not smooth for the drivers. The Action Cam was present when several vehicles got stuck in the snow.

Good Samaritans took action to push a number of cars back onto the road.

Streets Commissioner Carlton Williams tells Action News that there are 400 machines running, salting and plowing through town like clockwork.

“I think we’re pretty equipped to hit the big roads and we’ll hit the residential areas and those little streets in north and south Philadelphia too,” he said.

WASTE COLLECTION: Waste collection and recycling in the city will end on Thursday, December 17. Officials say plumbing personnel will be diverted to snow duty and squads will be added to their trucks. Thursday pick-up takes place on Friday and Friday’s materials will be picked up on Saturday. Residents have to expect delays.

Philadelphia School District: With all students learning 100 percent digital, the Philadelphia school district does not have to implement a ‘snow day’ and cancel classes. All students are expected to log into their classes at their normal times. All family technology support centers, the district headquarters at 440 North Broad Street and all school buildings are closed Wednesdays and Thursdays December 16-17. This allows all roads and walkways on districts in the district to be safely removed. At this time, “Grab-and-Go” meals will be available at the District’s 63 school distribution sites as scheduled for this Friday from 9:00 am to 2:00 pm

If the weather is determined to cause problems that could prevent the effective execution of instruction or learning, such as power outages, the district will make necessary adjustments to its instruction and curriculum and communicate this to our staff, students and families.

Call centers open: The Philly 311 Call Center remains open during normal business hours on Wednesdays and Thursdays (8:00 am – 8:00 pm) to answer calls for non-emergencies. Requests for salting and plowing will not be processed during the storm. Once the storm has progressed, the city will announce when such requests will be accepted.

Problems with water services: The Philadelphia Water Department’s Customer Contact Center (215-685-6300) is open. Residents are encouraged to shovel snow from the front of fire hydrants and storm drains onto their block to allow melted snow to drain into the city sewer.

Homeless outreach: The Office of Homeless Services has released a Code Blue that begins today at 3:00 p.m. Tuesday, December 15, and remains in effect until further notice. Throughout Code Blue, Philadelphia’s homeless outreach teams will patrol the streets in greater numbers, urging those who are homeless to enter and avoid prolonged exposure to the elements in dangerously cold temperatures. People do not need ID to enter shelters and can stay inside for the duration of the Code Blue. If you are concerned about someone being homeless, you can call Homeless Outreach anytime at 215-232-1984. Outreach is available 24 hours a day, 7 days a week. First responders can also transport people to the shelter for their own safety. Check out the Safer Shelter Initiative to see how city-funded, privately run shelters protect residents and staff.

Pet Safety Awareness: Residents should contact the ACCT Philly hotline (267-385-3800) if observing a dog outside during extreme cold (aside from bathroom breaks and short walks). Leaving dogs out in extreme cold without proper shelter is against municipal ordinance, and owners can be fined up to $ 500.

Philadelphia prisons: All Philadelphia Department of Prisons facilities will remain closed to civilian visitors due to COVID-19 precautions.

The Department of Parks & Recreation reminds residents that if a tree falls during a storm and blocks a road, or if it has fallen into a house, car, or other terrain, call 911. A team of arborists from Philadelphia Parks & Recreation is present. call to respond to tree emergencies and they will come out to remove the danger and any part of the tree that poses an immediate risk to public safety. Other parts of the tree that do not pose an immediate risk (such as logs and stumps) are later removed, so that the crew can focus on other city safety risks during extreme weather. In the event a tree has fallen on electrical wires, call PECO’s emergency line: 1-800-841-4141. For other non-emergency trees, residents can request through Philly 311.