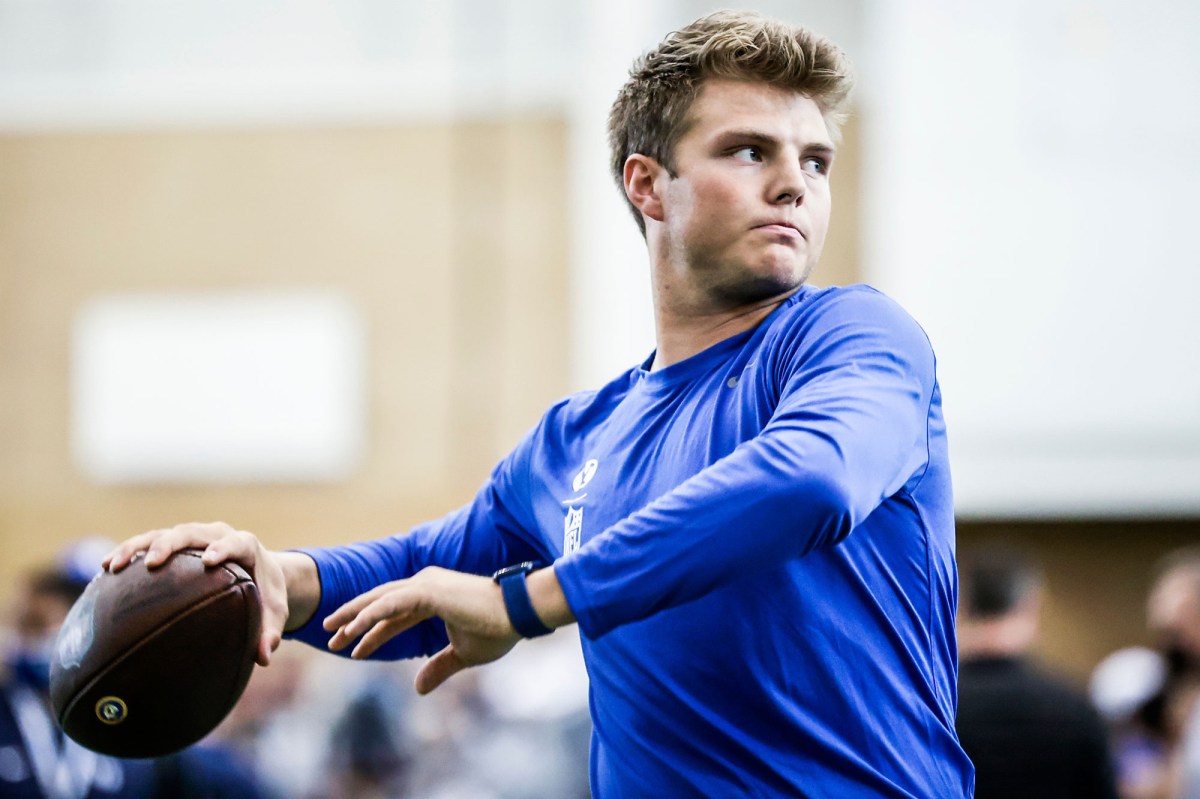 After setting up NFL draft boards all fall, BYU quarterback Zach Wilson only seemed to help himself a little more on Friday during his pro day. As the Jets weigh whether to select the gunfighter with the No. 2 pick and move on from former No. 3 pick Sam Darnold, here are six things you may not know about Wilson:

1. If Wilson does end up in New York, his family should have no problem getting from Utah to MetLife Stadium. His uncle, David Neeleman, is the founder of JetBlue, among others.

2. Wilson was originally committed to Boise State, but eventually turned to BYU as he wanted to play closer to home. The Cougars play about 30 miles from where Wilson grew up, in Draper, Utah, and Wilson is part of a large family – his grandparents have seven children, 36 grandchildren and 28 great-grandchildren, according to Deseret News.

3. Wilson is of Hawaiian descent and his middle name is Kapono, meaning ‘righteous’.

4. Before his first-year breakthrough, Wilson took a 10-hour drive to Southern California to work with his quarterback tutor, John Beck, according to NBC Sports’ Peter King. When COVID-19 canceled BYU’s spring training sessions, Wilson stayed in California for a while and worked for DoorDash on Saturday nights to help pay for gas and expenses, King reported.

5. Wilson may be BYU’s biggest star since … Jimmer Fredette? And the college’s former basketball sensation has some admiration for Wilson. “When I grow up, I want to be too [Wilson], ”Fredette tweeted in November, after Wilson led No. 9 BYU to a 51-17 victory over No. 21 Boise State.

6. How is this for hand-eye coordination? Wilson recently started juggling “and he mastered it,” Wilson’s brother, Josh, told Deseret News.