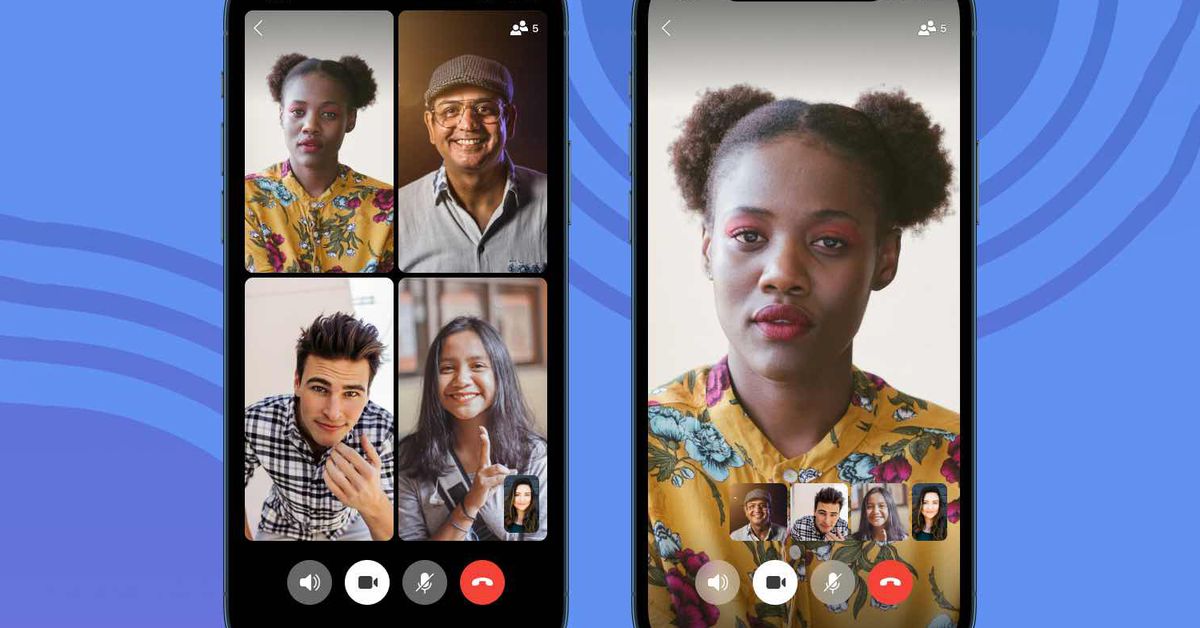 Encrypted messaging app Signal has added support for group video calls for up to five people, the company announced. Group conversations can be initiated by tapping the video call button at the top of a supported group chat. Calls are “end-to-end encrypted, just like everything else on Signal,” the company says. By default, participants are shown in a grid format, but you can swipe up for a view that focuses on individual speakers.

With a limit of five people, Signal won’t be replacing video conferencing services like Zoom anytime soon, but the company says it’s working to increase the maximum number of call participants over time.

Group video calls are available in the service’s iOS and Android apps, but for now they’re limited to new-style Signal group chats and won’t show up in older, legacy chats. Signal launched its new group chats in October, adding support for @mentions, group admins, and more granular permissions. Older chats will be upgraded to the new chat style in the coming weeks, Signal says.