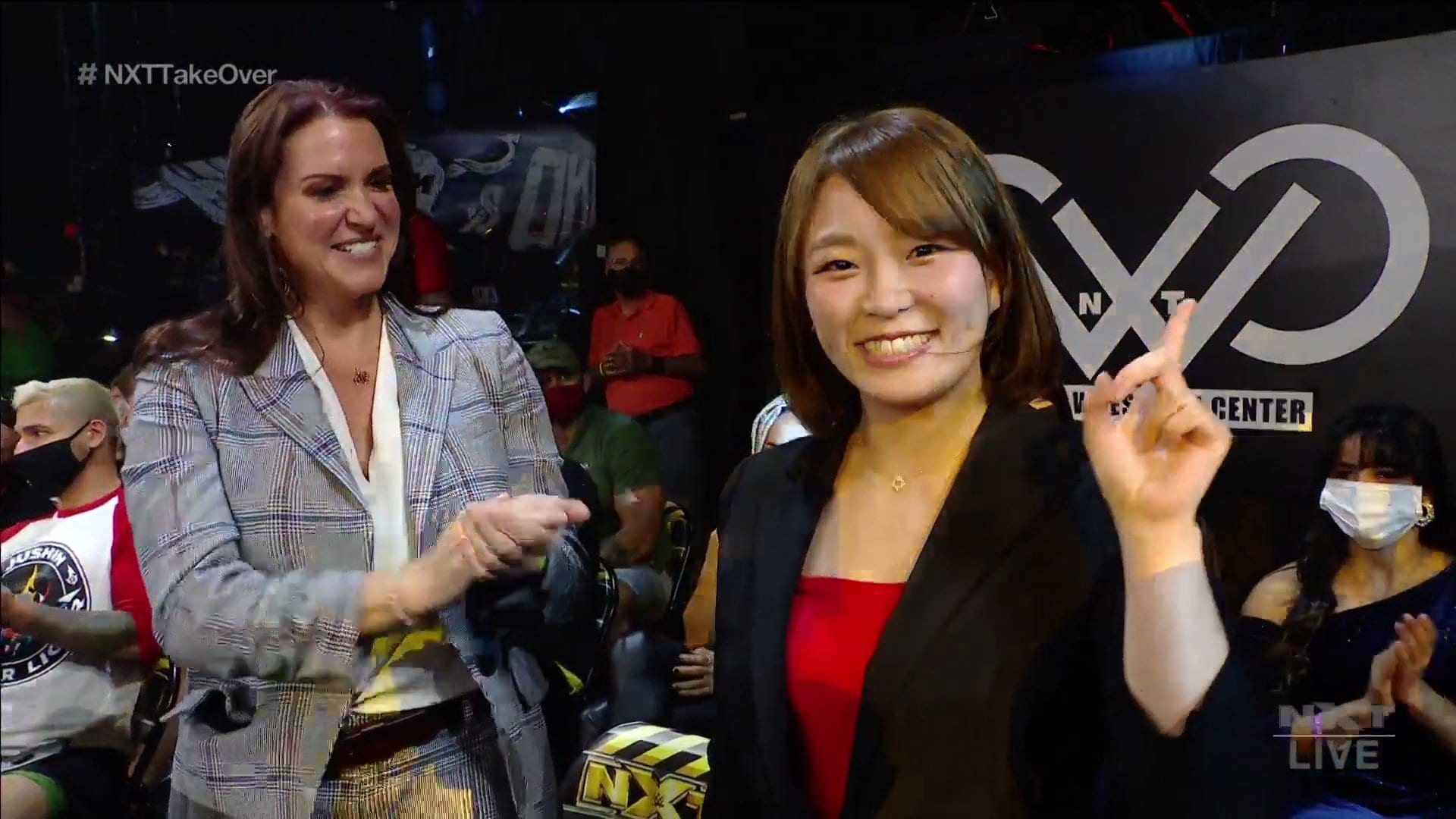 The new WWE NXT Superstar Sarray was on public display at tonight’s NXT “Takeover: Stand and Deliver” Night One event.

Formerly known as Sareee in Japan, Sarray was shown in the crowd with WWE Chief Brand Officer Stephanie McMahon. They were shown on camera just before the main event, where Raquel Gonzalez captured Io Shirai’s NXT Women’s Title.

As noted earlier, WWE aired a “coming soon” vignette for Sarray on the March 17th episode of NXT. They billed her as “The Warrior of The Sun” in the promo. There’s still no word on when Sarray will debut, but we’ll keep you posted.

Stay tuned to learn more about Sarray in NXT. Below is a photo of her Takeover performance with McMahon: