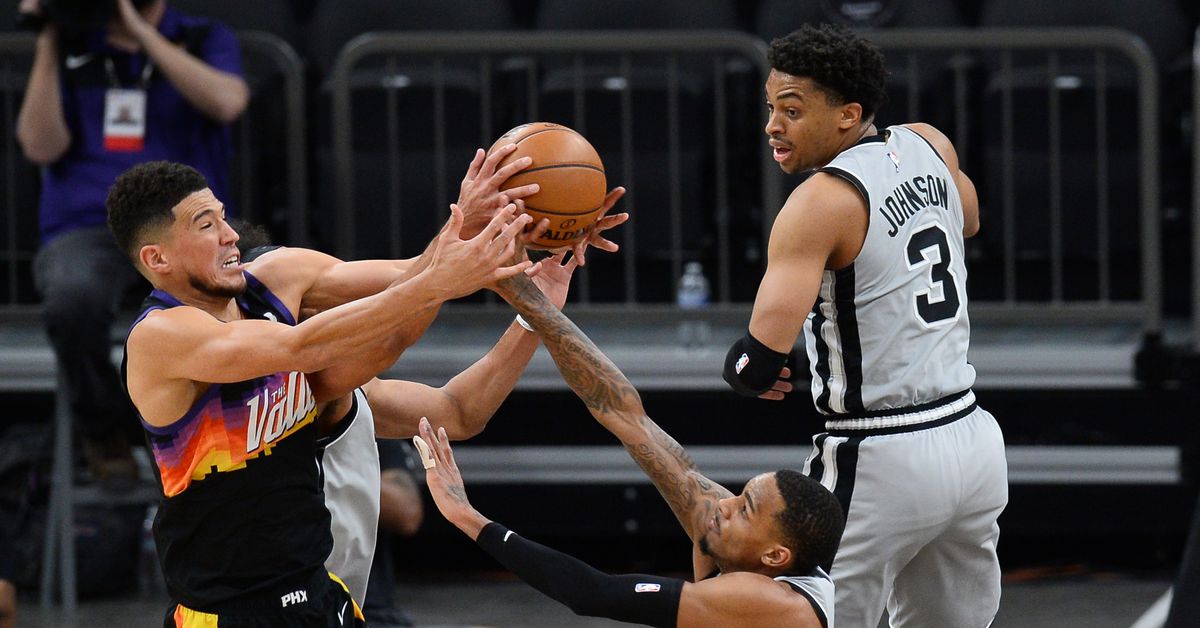 The night before it was a heartbreaking game, this was like a game the San Antonio Spurs were about to throw out when they announced they would rest DeMar DeRozan, Jakob Poeltl and Patty Mills against the next best team in the West. Unfortunately for the Phoenix Suns, who were perhaps a little complacent, the “resting” Spurs of yesteryear came to play, controlling the game from the middle of the first quarter with a full team effort for the 111-85 victory.

Rudy Gay led six Spurs in double digits with 19 points, while Devin Vassell scored 18 points in his career. The Spurs held Chris Paul and Devin Booker in check with just a combined 21 points on 9-28 shooting.

The Spurs are now heading to Indianapolis to take on the Indiana Pacers on Monday. Tip-off takes place at 7:00 p.m. CT on BSSW.