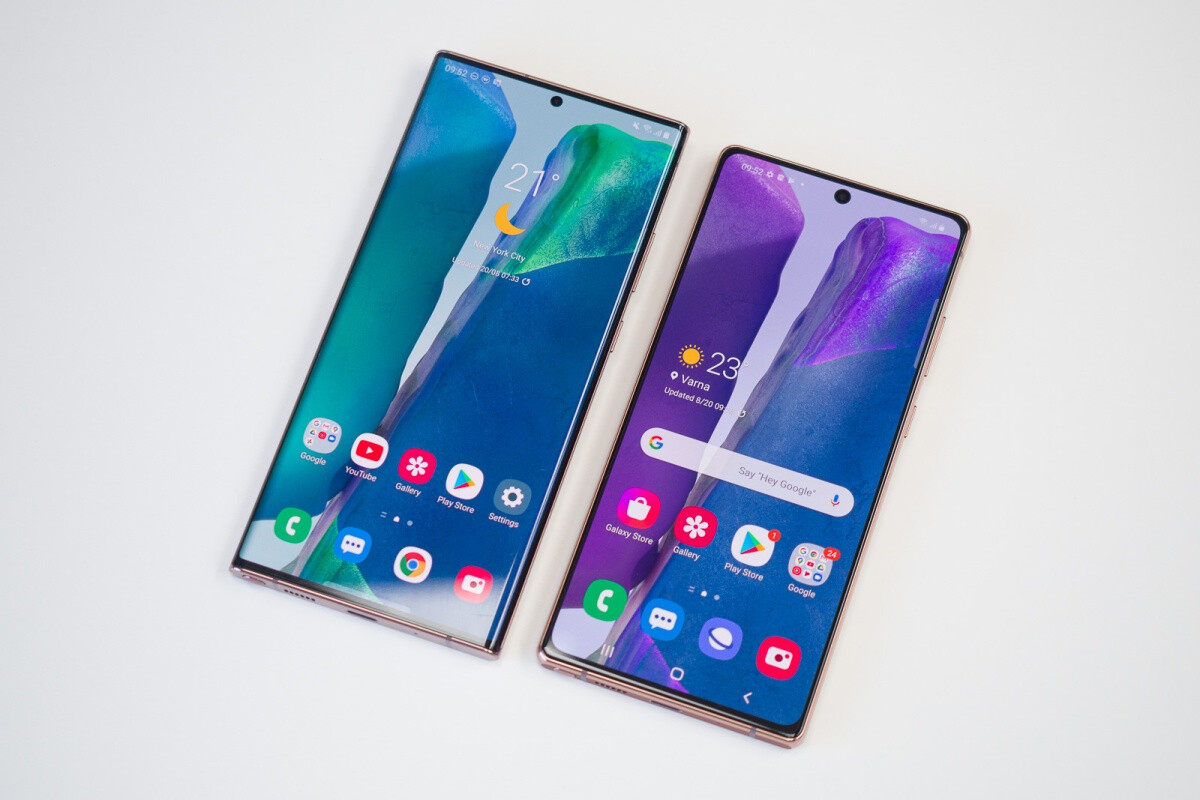 We may earn a commission if you make a purchase through the links on this page.

According to an the official release schedule for Android 11 was made public a few weeks ago, just three in total Samsung smartphones would receive the big new update by the end of the year.

But the over-the-air One UI 3.0 rollout began at the same time for the 5G-compatible Galaxy S20, S20 + and S20 Ultra in early December, raising hopes for an early delivery of the even newer Note 20 and Note 20 Ultra powerhouses, at least in certain markets.
In line with these expectations, the two ultra high-end devices initially slated to get the latest software goodie pack next year should actually started their Android 11 upgrades on AT&T last week. As is often the case, the third largest wireless service provider in the US initially treated only a small fraction of its eligible customers for the OS promotion, further spreading the love in recent days, judging by some Reddit reports.
Oddly, the US carrier seems to have beaten every other mobile network operator worldwide to the Android 11 slap as far as the Galaxy Note 20 and Note 20 Ultra are concerned, although Samsung’s “international” updates seem to be finally starting as well. For the time being, SamMobile can only confirm the start of OTA One UI 3.0 delivery for the Note 20 duo in Slovakia, but many other European and Asian countries will of course follow very soon.
We’re talking days or even hours in certain markets, so it’s safe to assume that the vast majority of users around the world will be leaving Android 10 behind by Christmas. Hopefully that includes Note 20 and Note 20 Ultra 5G owners on Verizon and T-Mobile, and hopefully the ‘Un-carrier’ won’t run into the same sort of mysterious issues that recently led to a Galaxy S20 series update will stop.
While the exact size of your Android 11 based One UI 3 upgrade will obviously depend on your specific region and carrier, you should definitely release more than 2 gigs of storage before attempting to download and install all those performance improvements, new security patches and many other UI tweaks and add-ons. no matter where you bought your latest phone.