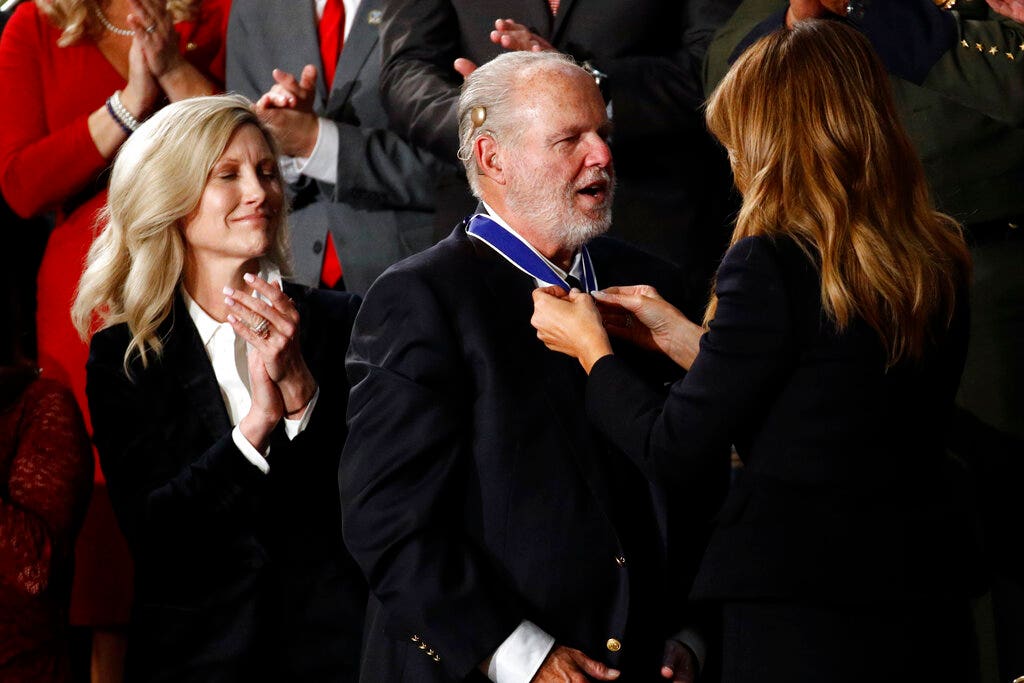 Conservative radio host Rush Limbaugh gave listeners an update on his lung cancer battle Tuesday, saying he did it on a daily basis, but was blessed to still be alive.

“Every day remains a gift,” Limbaugh greeted his audience on Tuesday. “You know, I wake up every morning and I thank God I did.”

The host added that “there will probably be similar days in the future when I need a day for rest or any medical issues. But the fact that I can come back here and be with you is a real blessing, and i appreciate it and i appreciate your understanding during all this.

“As we said, everything is from day to day, and especially in the circumstances I find myself in.”

CANCER-TIED LIMBAUGH SAYS HE’S ‘DAY-TO-DAY’, GRATEFUL YOU WERE AROUND FOR ELECTION

Limbaugh, 69, announced on February 3 that he had been diagnosed with advanced lung cancer. The following evening, President Trump awarded Limbaugh the Presidential Medal of Freedom during the State of the Union address.

In October, Limbaugh told listeners that recent scans had shown “some progression of cancer.” He missed several shows that month to undergo treatment.

“It’s hard to realize that the days when I don’t think I was sentenced to death are over,” said the host at the time, adding, “If you have a terminal illness diagnosis with a timetable, then that gives a different psychological. and even physical consciousness. “

On Tuesday, Limbaugh stressed to listeners that “there will be days when I can’t get in … there are medical challenges that arise and need to be addressed and some of them, you know, come up as a surprise. Some of them are predictable.

“But I will keep looking at this and living it as an everyday proposition …”, concluded Limbaugh. So the bottom line is that every day is a gift. And even on those days when I can’t come here, realize I wish it could be me. And when those days come up, I will what i can get back as soon as possible. “