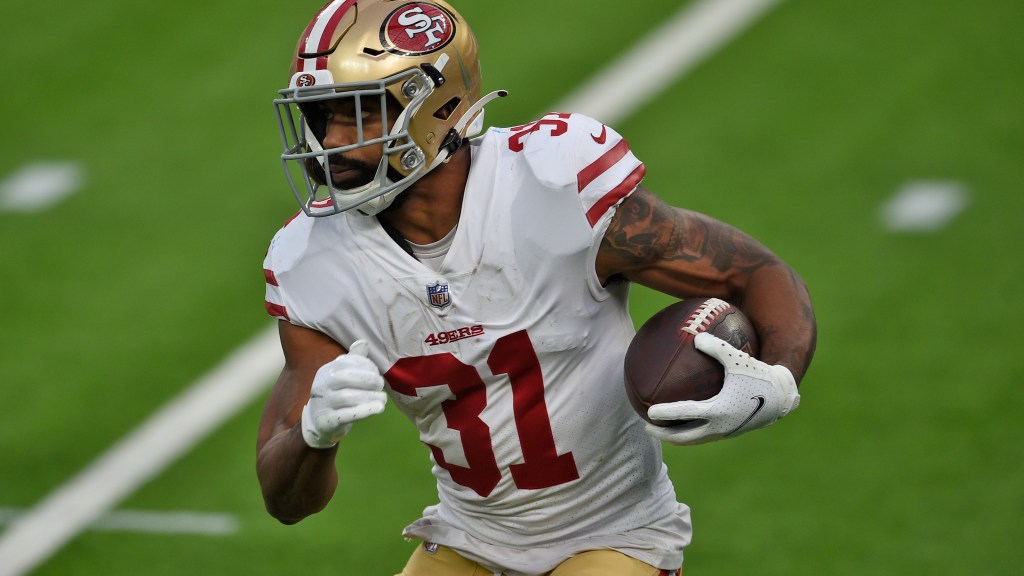 The 49ers started their practice week leading up to their fight with the Dallas Cowboys missing some of their best offensive playmakers. Falling back Raheem Mostert and wide receiver Deebo Samuel both missed the session.

Samuel’s absence is no great surprise. His season is likely to be over due to a hamstring injury he sustained in the first game of the 49ers’ Week 14 defeat to Washington. Head coach Kyle Shanahan said Samuel probably wouldn’t return this year unless it was for the postseason.

Mostert’s absence is a bit concerning. He is dealing with an ankle problem after missing four games with a high ankle sprain. He only had nine carriers at week 13 and his workload on Sunday increased to 14 attempts. The good news is that Shanahan said this is typical of players recovering from high ankle sprains and the team is expecting him back sometime in the week.

“He’s not exercising today, but in terms of imaging, we actually feel pretty good that he will be there at the end of the week,” Shanahan told reporters in a video conference on Wednesday. So it hurts, I think, a little bit more than usual, but the perception was somewhat positive. We’re going to take care of him today and let him rest and hopefully tomorrow it feels a little bit better. “

George Kittle, who had opened his 21-day exhibition window, is still considered an injured reserve and therefore does not have to appear on the injury report.