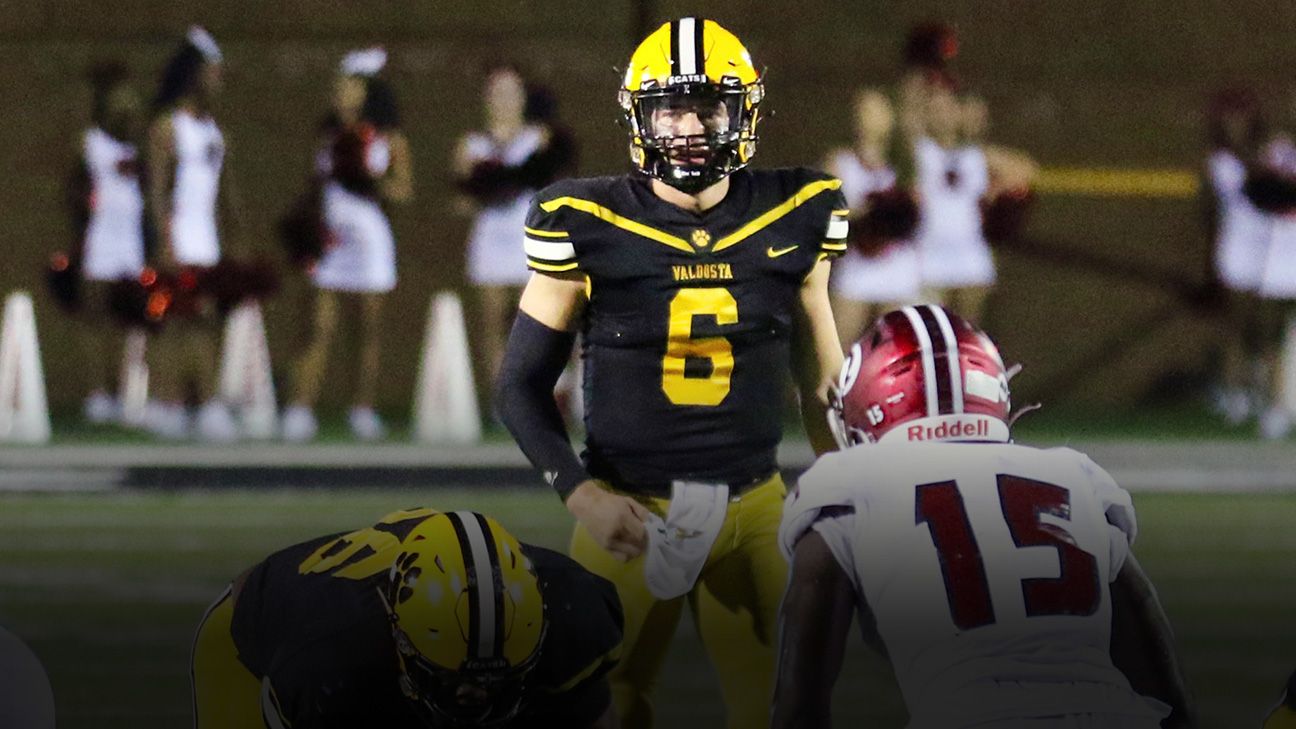 ESPN 300 quarterback Jake Garcia announced his commitment to Miami on Wednesday, picking the hurricanes over the state of Florida and Arkansas.

Garcia is the No. 18 prospect in the ESPN 300. The 6-foot-2, 190-pound prospect gives Miami nine ESPN 300 commitments in the class, which is topped by five-star defense tackle Leonard Taylor, the No. 6-ranked recruit.

When Garcia went live on his Instagram page to announce the decision with his high school teammates, an announcer accidentally introduced him as a Miami commitment.

Garcia then said the announcement was a mistake and left the feed. He returned a few minutes later to announce his decision, but Miami was still the choice.

Quarterback was still a great need for Miami, and Garcia gives the staff an excellent option going forward as he is the second-placed pocket passer in class.

Garcia originally committed to USC but canceled earlier this month, eventually opting for the Hurricanes. Garcia has had a winding road to get to this point as he had not yet completed a full season of high school football leading into this senior season.

His father moved with him to Georgia, while his mother stayed in California. Garcia’s father, Randy, told ESPN that he and his wife, Yvonne, were legally separated to meet the Georgia High School Association’s transfer requirements.

The GHSA did not consider him suitable, so Garcia transferred to Grayson High School in Loganville, Georgia, where he completed his high school career.

Now he’s headed to Miami, where he’ll bring much-needed depth and competition to the quarterback. The staff signed ESPN 300 quarterback Tyler Van Dyke in the 2020 class and three-star Peyton Matocha in 2019. Starter D’Eriq King is a senior this season and N’Kosi Perry is a junior.