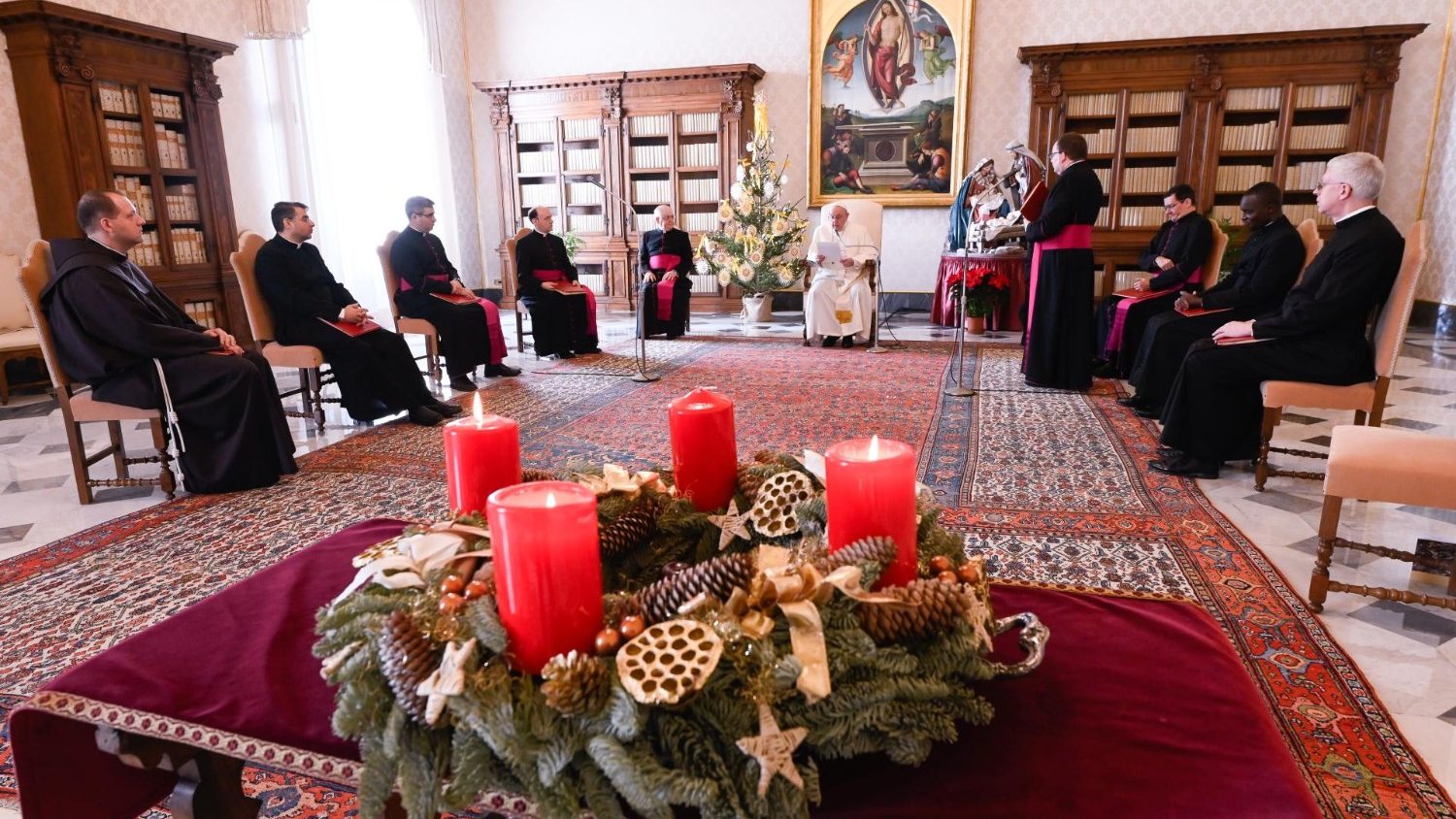 Pope Francis reflects on “the prayer of intercession” during his weekly general audience.

Continuing his catechesis on prayer, Pope Francis focused on “intercession” on Wednesday; that is, prayer asking on behalf of another. “

Those used to pray, said Pope Francis, “never turn their backs on the world.” If prayer is not concerned with every aspect of human existence – its joys and sorrows, its hopes and worries – it becomes a “decorative” activity.

The Pope noted a resemblance between those who pray for others and Christ in the Eucharist. “In prayer,” he said, “God” takes us, blesses us, breaks us, and gives us “to satisfy every hunger.” Every Christian, he added, “is called to be bread, broken and divided, into God’s hands.”

Men and women of prayer, the Pope said, “always keep the doors of their hearts wide open,” even as they seek solitude and silence. They pray for those who do not pray, or do not know how to pray, as well as for those “who have made a mistake and are lost.” In their loneliness, those who pray ‘separate themselves from everything and everyone’ precisely in order to ‘rediscover everything and everyone in God’.

Prayer is “just human,” said Pope Francis. “The human heart is inclined to prayer.” But prayer necessarily involves love for our brothers and sisters. Human experience, said the Pope, “is present in every prayer, because no matter what mistakes people have committed, they should never be rejected or thrown away.”

Neither judgment nor condemnation

Pope Francis emphasized that when those who pray offer prayers for sinners, there should be no judgment or condemnation: those who pray, pray for all and first of all for themselves. For this very reason, the Holy Father proposed a prayer for all to pray: “Lord, none is righteous in your sight; we are all debtors, each with an outstanding balance; no one is sinless in your sight. Lord have mercy on us! “

The Pope went on to note that even in spite of the sins of His people, God remains faithful and endures “in His service as a Shepherd, even with those who compel him to dirty His hands; He does not close His heart to those who even made Him suffer. “

A mission of intercession

The Church, too, said Pope Francis, “has a mission to practice the prayer of intercession” – and this duty rests above all on those who have responsibility for others. “Like Abraham and Moses,” he said, “they sometimes have to ‘defend’ those entrusted to them before God.”

In fact, by praying to God, the Pope said they “guard them with God’s eyes and heart, with the same invincible compassion and tenderness.”

Leaves on the same tree

“We are all leaves on the same tree,” the Pope said in conclusion. “Each fall reminds us of the great piety that must be nurtured in prayer for one another.”