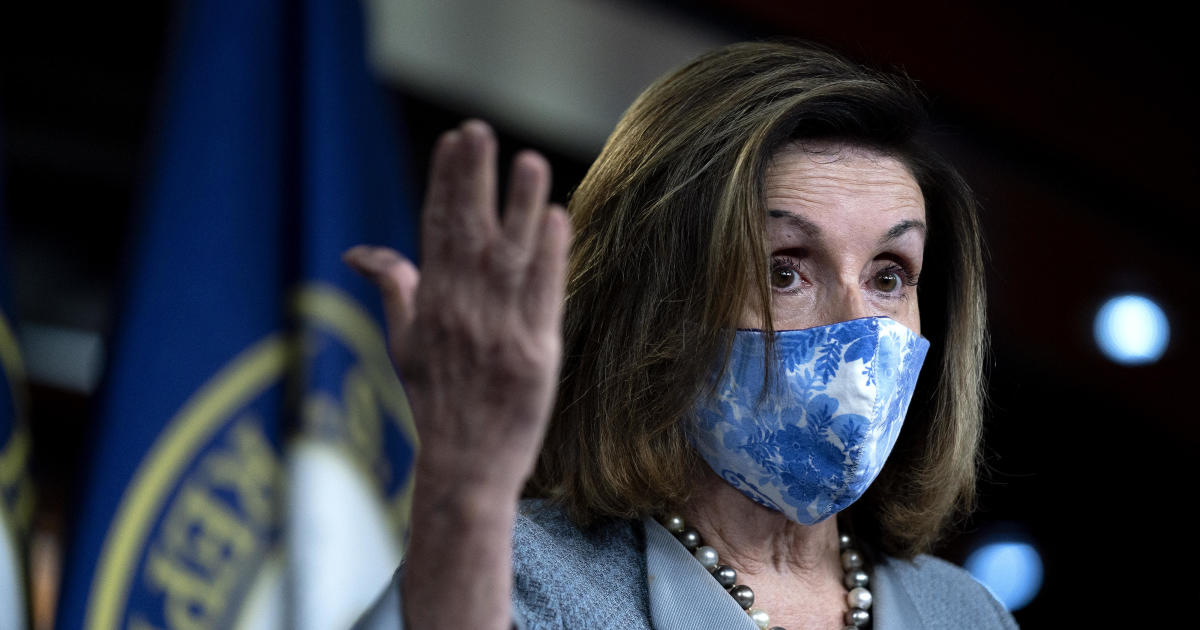 Washington – House Speaker Nancy Pelosi met with other congress leaders on Tuesday afternoon to discuss the finalization of a government spending measure and a coronavirus bill as the window quickly closes for Congress to take action before government funding expires on Friday and critical utilities at the end of the month.

Schumer told reporters afterwards that “it was a good meeting.” McCarthy also said “progress” had been made.

‘We will continue to work. I think there is progress. We’re getting back together, ”McCarthy told reporters. The leaders will meet again at 7.30 pm

Pelosi said on his way to the meeting that lawmakers “must come to an agreement” to finalize a deal by Friday.

“We have to come to an agreement. And we hope that will be done in a way that keeps the government open. I know we will finish our work in Parliament,” Pelosi told reporters.

The meeting comes after a bipartisan, bicameral group of lawmakers on Monday introduced two bills about $ 908 billion coronavirus relief. Pelosi and Schumer have previously insisted on the framework proposed by this group as a basis for possible negotiations.

The first bill totals $ 748 billion and includes additional funding for the popular Paycheck Protection Program, schools and unemployment insurance, as well as more money for vaccine development and distribution, coronavirus testing, and contact tracking. The second measure, worth $ 160 billion, addresses two bottlenecks that have stalled negotiations: funding for state and local governments, which is critical to Democrats, and corporate and institutional liability shields, which are a priority for McConnell.

But McConnell said on Tuesday that he was willing to put aside liability protections and focus on the first bill, if Democrats are also willing to pass on state and local aid.

“We have to agree on what we can agree on,” McConnell said.

Tuesday’s meeting between House and Senate leadership indicates that lawmakers may be willing to compromise after months of disagreement. Pelosi and McConnell have also said they would like to pass a new omnibus measure to fund the government for a year, rather than an ongoing resolution that would extend current funding for a limited period. Congress passed an ongoing resolution last week to extend the deadline for government funding to December 18.

Both houses must vote on the legislation and then be signed by President Trump this Friday at midnight to avoid a closure.

One issue that has not yet been resolved is whether direct payments to Americans should be included in a government funding bill or a coronavirus control proposal. Independent Senator Bernie Sanders and Republican Senator Josh Hawley have threatened to drop government funding unless Congress votes to include direct controls. A group of progressive Democrats in the House also sent a letter to Congressional leaders on Tuesday asking for direct payments to be included in the emergency.

Kimberly Brown contributed to this report.