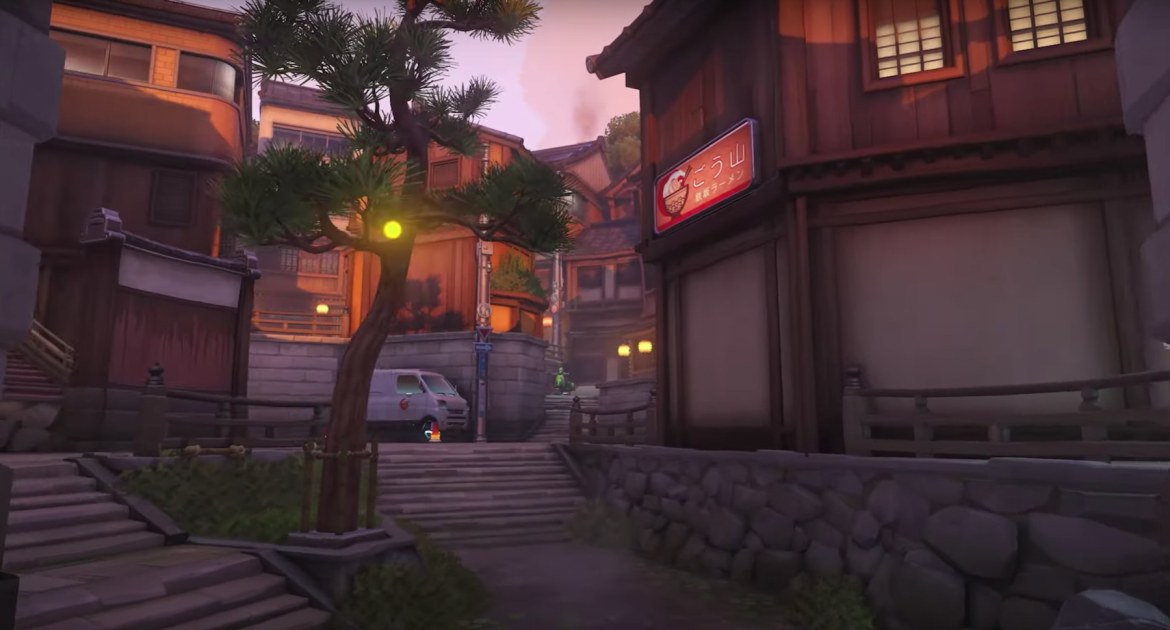 Blizzard has the Overwatch community with a new Free-For-All card called Kanezaka. Located in Japan, just below Hanamura, the fictional town features a pottery shop, nightclub, and cat cafe. In a YouTube video, game director Jeff Kaplan explained that the arena started as a practice project for a new level designer. “It was so good that the team wanted to bring it fully into production,” explains Kaplan. Kanezaka is now available to play in the PTR, a testing area only accessible on PC. Blizzard expects to release the card to everyone early next month.

In the video, Kaplan emphasized that the team is still focused Overwatch 2. The highly anticipated sequel promises four-player story missions, a new multiplayer mode called Push, updated visuals, and new heroes like Sojourn. The project was announced on BlizzCon last year, but we haven’t heard much since then. “We know it’s been too long,” said Kaplan. ‘We know we’ve been quiet. And we still have a way to go. The game director confirmed that more information will be revealed at the BlizzConline event in February.