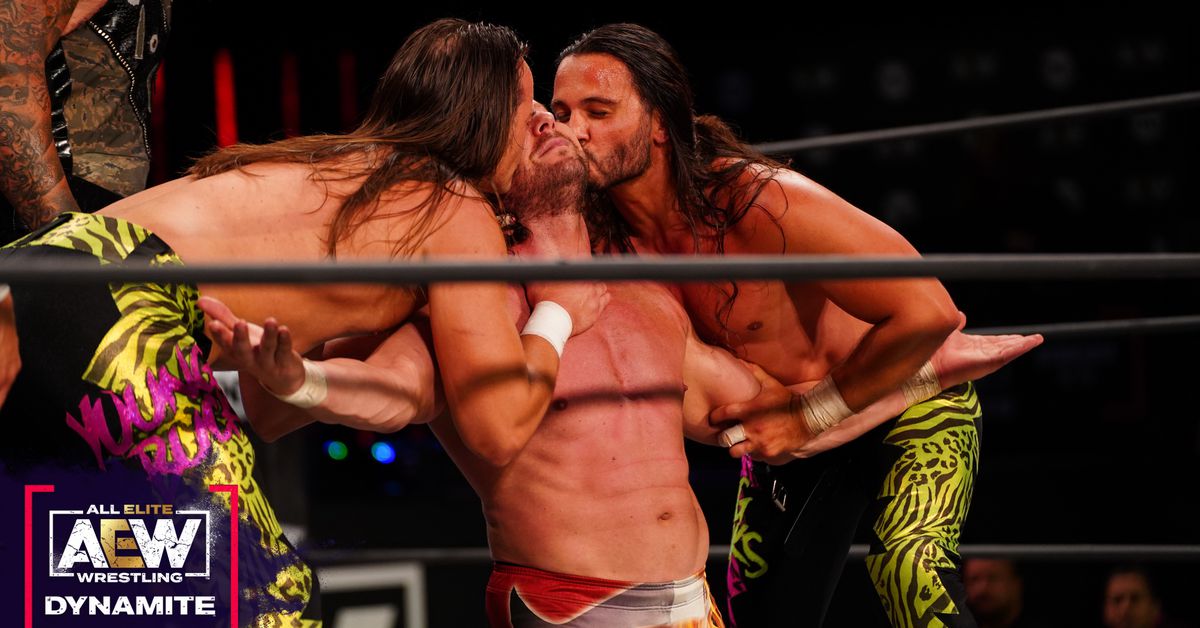 As 2019 drew to a close, the Young Bucks decided to take a break from Twitter’s toxicity. This decision came about after a heavily criticized main event angle between the Dark Order and the Bucks on Dynamite, along with AEW who suffered its first rating loss to NXT.

After last night’s (April 7) episode of Dynamite, the Young Bucks have indicated that they may be leaving Twitter again.

Please don’t remember negative or toxic comments in our entries tonight. If this is the case, we will unfortunately delete our Twitter account again. Thank you. Have a great night.

Last night’s main event Dynamite featured a corner where the conflicting Young Bucks turned heel on Jon Moxley. Our reviewer at Cageside isn’t a fan of The Elite soap, although I don’t yet have a good sense of how it was received by the larger professional wrestling fanatic. The Bucks tweet suggests there is a lot of negative feedback.

But the tweet clearly looks like work to me too. They just turned around, and now the heels are telling fans to stop being so toxic and tweet mean things to them. That’s how heels should do it, isn’t it?

This approach might make it less effective the next time the Young Bucks really need a break from a toxic social media platform, but for now it looks like they’re generating some buzz based on a controversial past situation and trying to the lines of kayfabe and reality blur in the process.

What do you think?