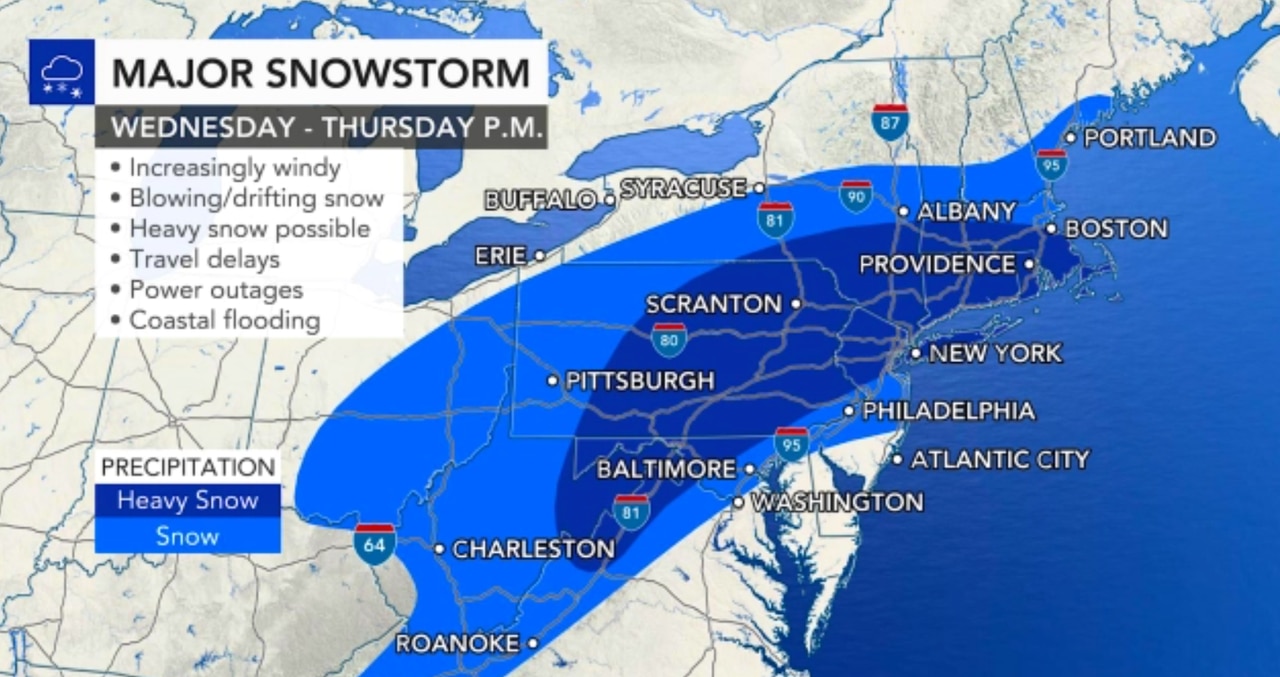 A winter storm warning has been issued for seven counties in New Jersey with a major storm that will fall over 12 inches of snow and possibly as much as two feet on much of the state on Thursday morning.

The warning will be in effect for Sussex, Warren, Morris, Hunterdon, Somerset, Middlesex and Mercer from 10am Wednesday to 10am Thursday, the National Weather Service said early Tuesday.

Forecasters say heavy mixed precipitation with at least 12 inches of snow is expected in Morris, Hunterdon, Somerset, Middlesex and Mercer, with snow moving from southwest to northeast late Wednesday morning until early afternoon. Occasional sleet and sleet can sometimes mix and a light glaze of ice is possible

The outlook for Sussex and Warren includes even more snow – 20 to 24 inches. The snow is expected to be heavy on Wednesday afternoon and evening.

Gusts of up to 35 mph are in the forecast for the seven counties area.

The five northeastern counties – Berge, Essex, Hudson, Passaic and Union – are still under winter storm watch from Wednesday afternoon through Thursday. Forecasters call for 12 to 17 inches of snow in those counties and gusts of wind up to 45 mph.

Possible power cuts and impassable roads are the main dangers.

Minimal snow is expected in the coastal regions of the Atlantic Ocean and Cape May provinces.

Forecasters also argue for gusts of wind as high as 40 mph and as high as 80 mph along the Jersey Shore, where light to moderate flooding is possible.