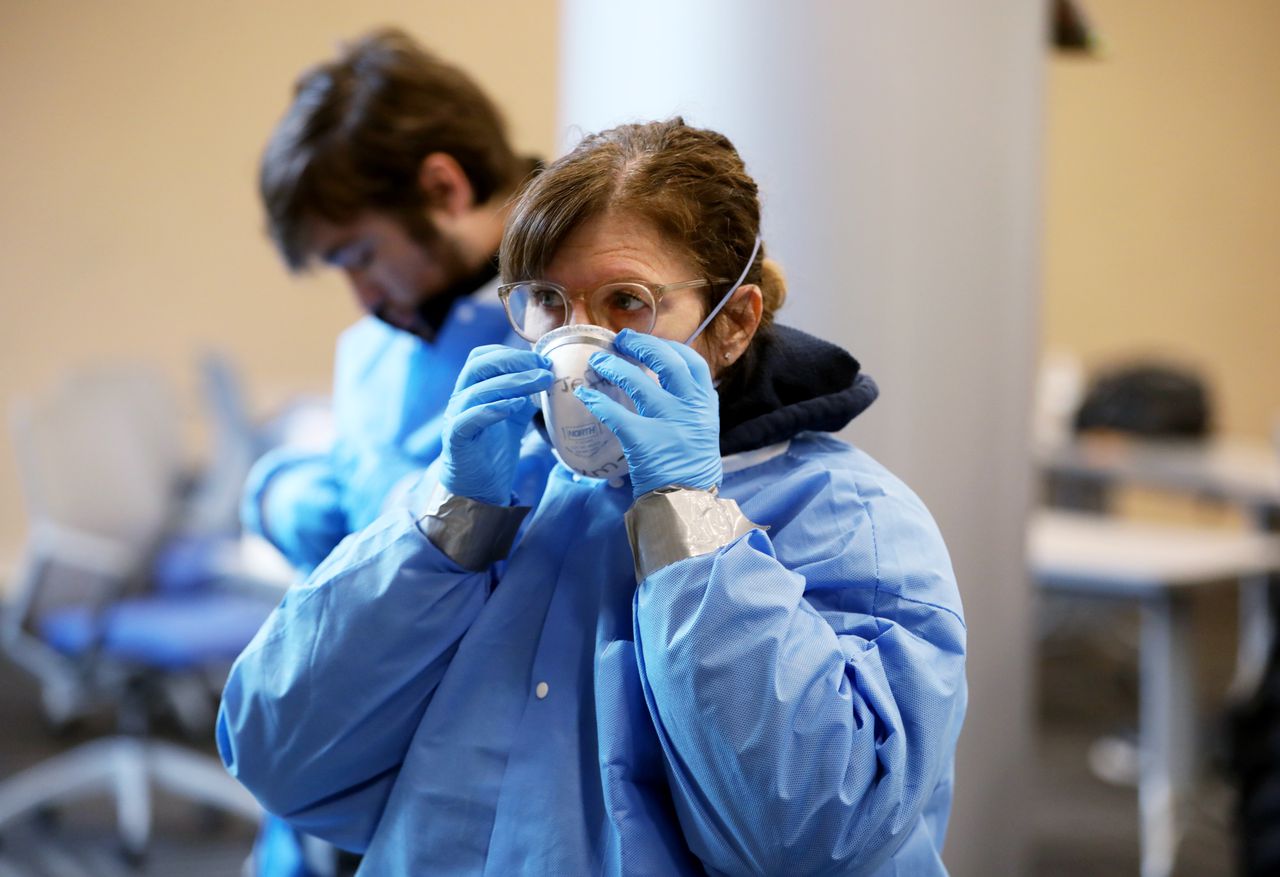 New Jersey reported 4,111 new cases of the coronavirus and another 97 deaths on Tuesday, the most since mid-June, when health workers became the first people in the state to receive a vaccination against the virus.

The state’s seven-day average for positive cases fell to 4,741, after it recently increased more than 5,000. That is 7% lower than a week ago, but 33% higher than a month ago.

Statewide transmission speed fell to 1.10 on Tuesday, indicating a possible plateau in new cases after a rise in the second week after Thanksgiving.

However, hospital admissions continued to rise, reaching 3,660 patients as of Monday evening, the highest number since mid-May.

Earlier in the day, Governor Phil Murphy was at University Hospital in Newark to witness the first vaccines being administered.

“Today, as we celebrate our first vaccinations, we mourn everything we’ve lost,” Murphy said in a tweet announcing the 97 deaths. “This is not over yet. Stay vigilant. “

Maritza Beniquez, an emergency room nurse at the hospital, was the first person to receive a dose of Pfizer’s COVID-19 vaccine at approximately 8:10 AM. Applause erupted from everyone around Beniquez after she received the vaccine.

“I don’t want to be afraid anymore,” Beniquez said of working in the hospital with COVID-19 positive patients.

Numerous other health workers at the University Hospital and five other hospitals in the Garden State are also expected to receive the first of two doses on Tuesday.

Murphy nearly closed the door on Monday on the New Jersey curfew on indoor bars and restaurants, intended to slow the spread of the virus in time for New Year’s Eve.

The sale of food and alcohol indoors is prohibited in the state after 10 p.m., and counties and municipalities have the option of closing non-essential businesses as early as 8 p.m. daily. The rules, which Murphy went into effect last month, mean the New Year’s celebrations will not be held in a neighborhood bar or restaurant.

Seventy-eight percent of the people contacted by the state’s more than 3,300 tracers last week would not work with them, Murphy said Monday. It’s up from 74% of people who turned down the week before.

Murphy has called the process of detection “extremely critical” for slowing the spread of the virus.

COUNTY-BY-COUNTY NUMBERS (sorted by most new)

There were 3,660 patients with confirmed or suspected COVID-19 cases in 71 New Jersey hospitals as of Monday night. That is 25 more than the previous night.

According to the state’s coronavirus dashboard, 291 patients were discharged from hospitals on Monday.

While hundreds of school districts have announced coronavirus cases and dozens of New Jersey schools have temporarily switched to all out-of-the-way classes since the start of the school year, state health officials have said only 88 schools have confirmed COVID-19 outbreaks.

Since the start of the school year, there are now a total of 388 cases of school transmission in those 88 schools.

Those numbers exclude students or staff who are believed to be infected outside of school, or cases that cannot be confirmed as outbreaks in school.

While the number continues to rise every week, Murphy has said school outbreak statistics remain below what government officials expected when schools reopened for in-person classes. The extensive rules for schools, including social distance guidelines for classrooms and strict mask requirements, have made schools among the safest places in the state, he said.

At least 7,402 of the COVID-19 deaths in the state were among residents and staff of nursing homes and other long-term care facilities. That number has risen more rapidly in recent weeks.

According to a running count from Johns Hopkins University, there have been 73 million positive COVID-19 tests around the world as of Tuesday morning. More than 1.62 million people have died of complications from the coronavirus.

Matt Arco can be reached at [email protected].