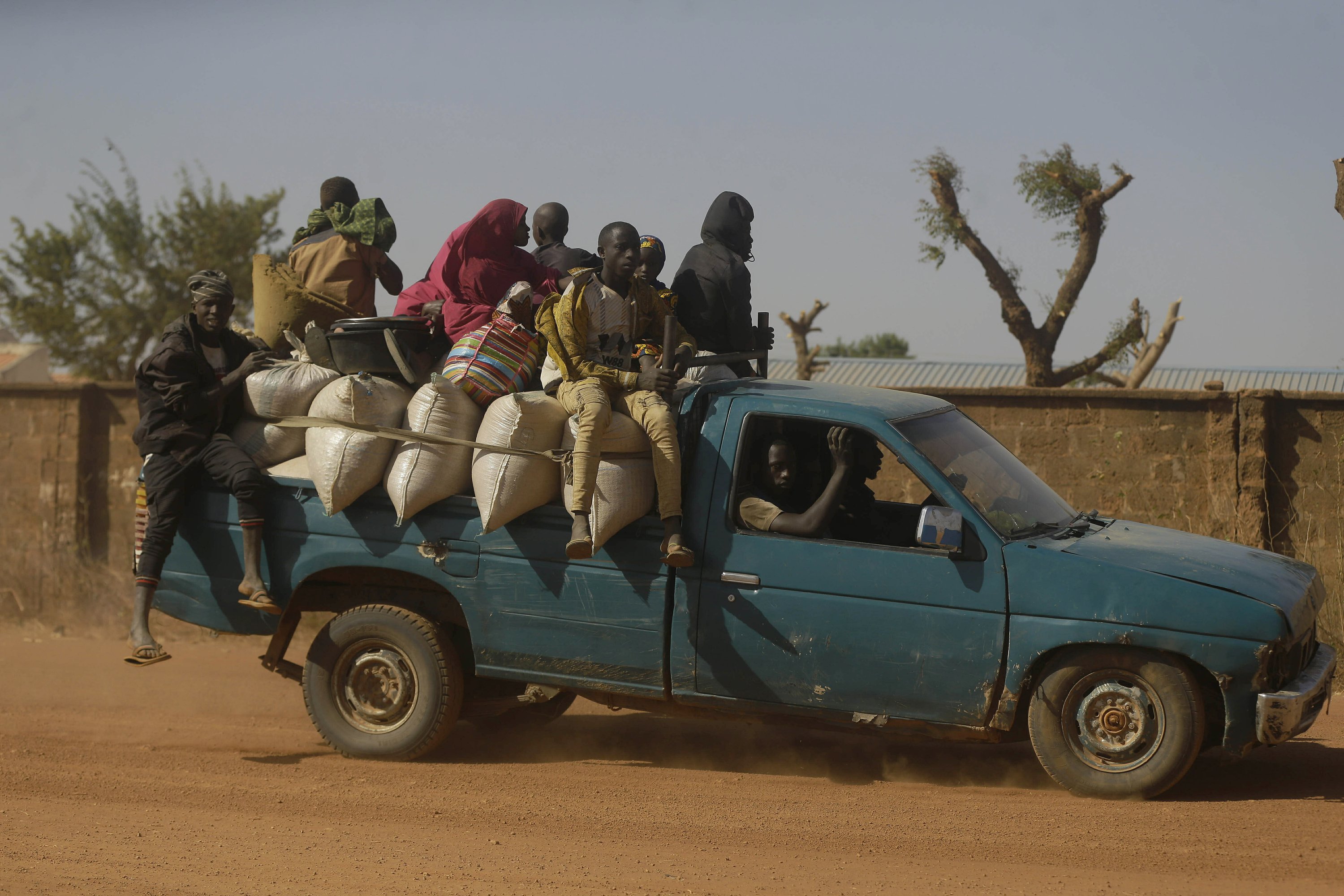 KANKARA, Nigeria (AP) – Anger, fear and exhaustion. Fear has overwhelmed many parents in Nigeria’s northern Kankara village, awaiting news about their sons, who are among the more than 330 abducted by extremists from a government boys’ school last week.

They held on to hope when the governor of the state of Katsina, Aminu Bello Masari, said that since the attack, 17 boys have been rescued, including 15 by the military, another by the police and a boy wandering the forest and residents was brought in.

Boko Haram’s jihadist rebels in Nigeria have claimed responsibility for kidnapping the students of the Government Science Secondary School in Kankara. Hundreds of other students managed to escape by jumping over the fence during the attack of the extremists or by fleeing while being taken into the nearby forest.

Boko Haram has kidnapped the boys at the school because it believes Western education is un-Islamic, rebel leader Abubakar Shekau said in a video claiming responsibility for the attack, SITE Intelligence Group said.

The Nigerian government is in talks with the attackers in an attempt to free the boys, government spokesman Garba Shehu said in a statement. However, he did not identify the attackers the government previously described as bandits.

Aminu Ma’le, whose child was one of 17 who regained their freedom, said, “I thank God for His help in a miraculous way, and I pray for the safety of other children who are still missing or in captivity.” His son was found in the bush by the army, he said.

Parents say they are tired of waiting for the situation in the north, home of President Muhammadu Buhari, to improve.

“There is no way I can measure my anger now,” said Marwa Hamza Kankara, camping outside the school on Tuesday evening to hear about her son. “No woman wants to be out at this hour, but we can’t sleep, we can’t eat because of our missing children.”

Hamza says all the missing are from Nigeria. “Not only do I cry for my child, but I cry for all the children,” she said.

When armed patrols pass by, parents outside the school are given a moment’s hope that they have found their sons.

People across Nigeria are closely following the plight of the kidnapped boys and many are criticizing the government for its ongoing extremist violence.

“Nobody is happy about the insecurity in the country. Even children are afraid of being in present-day Nigeria because of the insecurity, ”said 58-year-old Syvester Anachike, who sells newspapers in Abuja. “Imagine, the children have been kidnapped in the state of the president! It’s unfair. It is not good.”

Friday’s kidnapping has become a rallying cry for Nigerians tired of ongoing extremist violence. #BringBackOurBoys is trending on Twitter as people vent their frustrations and hark back to 2014, when the #BringBackOurGirls campaign became an international rallying cry for girls abducted from a government boarding school in Chibok, northeastern Nigeria.

“One thing that seems clear about the security challenge is that there is no fair play and transparency from the leadership,” said Chiroma Shibu, a member of the National Youth Assembly of Nigeria, a non-profit organization founded by students and other young people. . from all over the country.

Salisu Masi, who has two sons among the kidnapped, says he is troubled by the claim that Boko Haram is behind the kidnapping. “It’s very concerning,” he told The Associated Press.

A joint rescue operation was launched by the Nigerian police, air force and military on Saturday after the military engaged in firefights with bandits after finding shelter in the Zango / Paula forest.

The mass kidnapping draws attention to the ongoing problem of the extremist insurgency in Nigeria. Boko Haram has been waging a bloody campaign to introduce strict Islamic rule for over 10 years. Thousands have died and more than a million people have been displaced by the violence. Boko Haram has been mainly active in northeastern Nigeria, but the kidnappings of the school in Katsina state have increased their attacks on the northwest.

The Islamic extremist group has previously carried out mass kidnappings of students. In Chibok, more than 270 schoolgirls were removed from their school in the northeastern state of Borno in April 2014. About 100 of the girls are still missing.

“Boko Haram is the result of the low level of education in Northern Nigeria,” said Prof. Sylvester Odion-Akhaine from Lagos State University. He said the ongoing unrest is exacerbating the region’s socio-economic problems.

The kidnappings have shown that education in Nigeria is under attack, Amnesty International said.

“Schools should be safe places, and no child should have to choose between education and life,” Amnesty International’s Isa Sanusi said in a statement Wednesday. “Other children have had to leave school after being displaced by frequent violent attacks on their communities, and many teachers have been forced to flee to other states.”

Katsina state has closed all its boarding schools after the attack on Kankara high school. The Zamfara State Government, in addition to Katsina, has closed 10 schools as a precaution. Jigawa and Kano states have also mandated schools shut down, according to Premium Times in Nigeria.

The opposition People’s Democratic Party says the kidnapping of the students in Katsina, the president’s home state who was visiting at the time of the attack, raises serious questions about the government’s ability to fight the insurgency.

The opposition party said the government’s inability to ensure Nigeria’s security has opened the country to “terrorists, bandits, vandals and insurgents”.

Umar reported from Maiduguri, Nigeria. Sam Olukoya in Lagos, Nigeria, and Carley Petesch in Dakar, Senegal, contributed to this report.