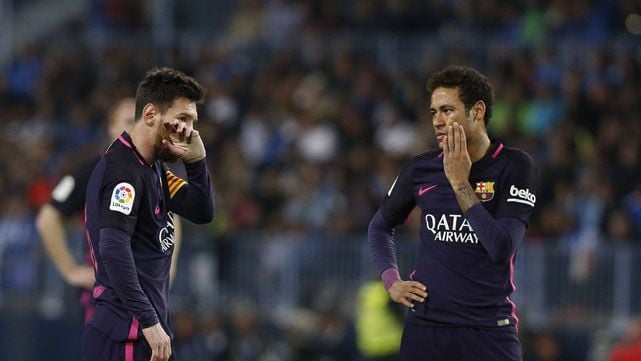 Former FC Barcelona player and current Paris Saint-Germain (PSG) forward, Brazilian Neymar Jr., winked at Leo Messi again as he spoke of his teammate Kylian Mbappé’s capabilities. All this amid rumors that the Argentinian could leave Camp Nou to land in the Parque de los Príncipes, where interest in Barça’s top star is not hidden.

“There is no comparison. They are two very different playing styles. Messi is the best player I have ever seen and Kylian is fast becoming one of the best”, Neymar responded during an interview with the famous French magazine ‘France Football’, in which he highlighted the level of champion player during the last World Cup played in Russia.

He had no doubt that playing alongside him is similar to when he did it with Leo and joined by other great players such as Xavi, Iniesta or Uruguayan striker Luis Suárez., with whom he, along with ‘La Pulga’, formed the famous Barça assault trident known as the ‘MSN’. One of the most feared trios in Europe, winning the UEFA Champions League in 2015.

“I think it’s the same for all high-level players. If you’re not careful with all of your partner’s movements, you risk losing them in a split second. Since Kylian is very fast, I also always have to be focused and considerate to play with him. But it was the same when he played with Messi, Iniesta or Suárez, ”he said.

According to the latest information on the topic that Téléfoot has spread, the Paris club has not forgotten the Barça star and it is pointed out that he is one of the players in the interest of his sports director, Leonardo, who has made no secret of his desire to see the best footballer in the world at the Parc des Princes in recent months.