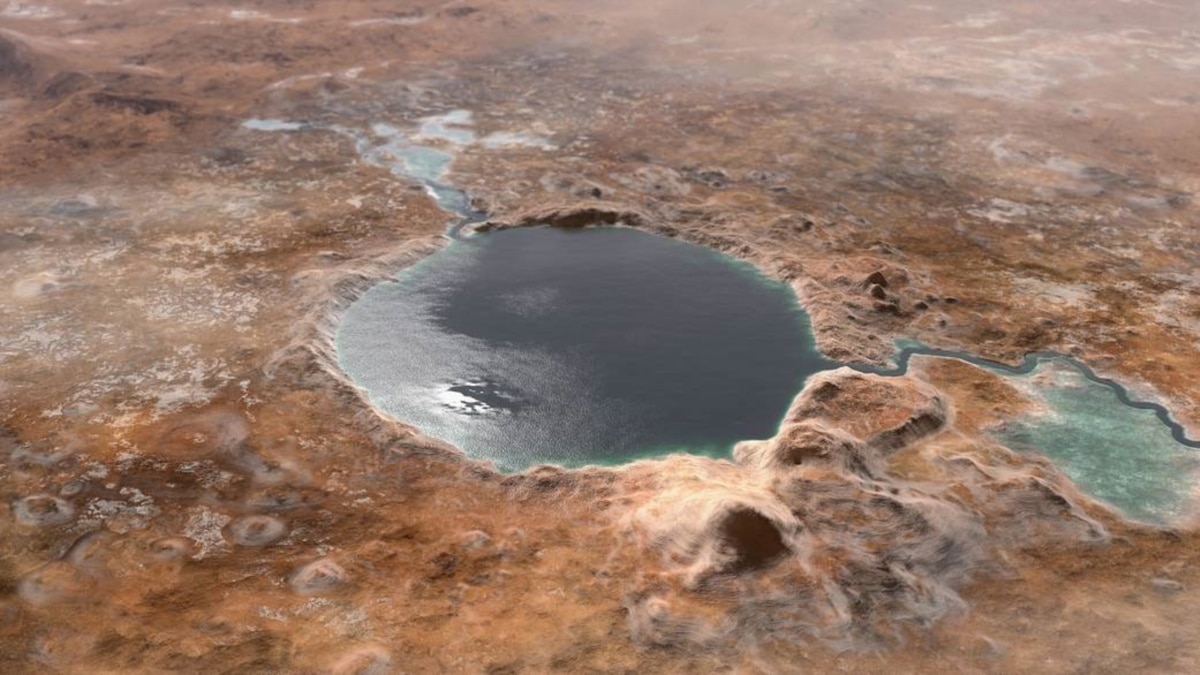 US researchers say they invented a method that could use salt water on Mars to produce oxygen and fuel.

Oxygen and fuel would both be important elements to support future human exploration activities on the Red Planet.

Engineers from Washington University in St. Louis, Missouri developed the new method. The method works with electrolysis, a process in which an electric current is passed through a liquid, such as water.

The machine the researchers created is called an electrolyzer. The researchers say the salt water can separate into oxygen and hydrogen gases. Oxygen would be needed for humans to breathe and hydrogen could be used to fuel spacecraft and equipment.

The team described the process in a recently published study in Proceedings of the National Academy of Sciences (PNAS).

Scientists have already amassed solid evidence to suggest that Mars once had massive amounts of water, and the planet likely has a large supply today. But Mars is extremely cold. Thus, it is thought that most of the water exists in the form of ice.

The research team notes that any water that isn’t frozen is almost certainly full of salt from the bottom of Mars. The usual electrolysis methods to break down water into oxygen require the salt to be removed first. This process can be complicated, costly and harmful to the environment, the researchers say.

They said the new method they invented can directly absorb salt water and to convert it in oxygen and hydrogen.

The team conducted experiments with high levels of magnesium salts, which scientists believe are likely to be found on Mars. The researchers also conducted the tests at temperatures similar to the Red Planet’s atmosphere.

In a press release, the engineers suggested that the system would be very valuable during planned exploration activities on Mars. “To live – even temporarily – on Mars, not to mention To return to Earth, astronauts will have to manufacture some of the supplies, including water and fuel, on the red planet. ”

The US space agency NASA has also experimented with technology to produce oxygen on Mars. One device designed for this will be tested as part of NASA’s Perseverance mission. Perseverance is a new discovery vehicle, or rover, currently on its way to Mars.

The lead investigator of the new project is Vijay Ramani, a professor of chemical engineering at Washington University. He said the system his team developed can produce 25 times more oxygen than the NASA method, while using the same amount of power. It can also produce hydrogen as a fuel, which the NASA device cannot.

The engineering team said the method could even be used with value on Earth. “Having demonstrated these electrolysis devices under demanding conditions on Mars, we plan to deploy them under much milder conditions on Earth,” said Pralay Gayen. He is a postdoctoral fellow at Washington University and a lead author on the study.

Gayen said the device could potentially be used to convert broke or salt water into oxygen and hydrogen by “sea water electrolysis”.

Once such use could take place in the defense industry, he added. The method can create oxygen for submarines on demand. It can also provide oxygen for researchers exploring new environments in the deep sea.

I am Bryan Lynn.

Bryan Lynn wrote this story for VOA Learning English, based on reports from Washington University, Nature and PNAS. Ashley Thompson was the editor.

We want to hear from you. Write to us in the comments section, and visit our Facebook page.

Start the quiz to find out

Words in this story

to convert – v. to change the appearance or purpose of something

mention – v. to speak about something quickly, with few details or with few words

broke – adj. water that can be slightly salty, dirty and unpleasant