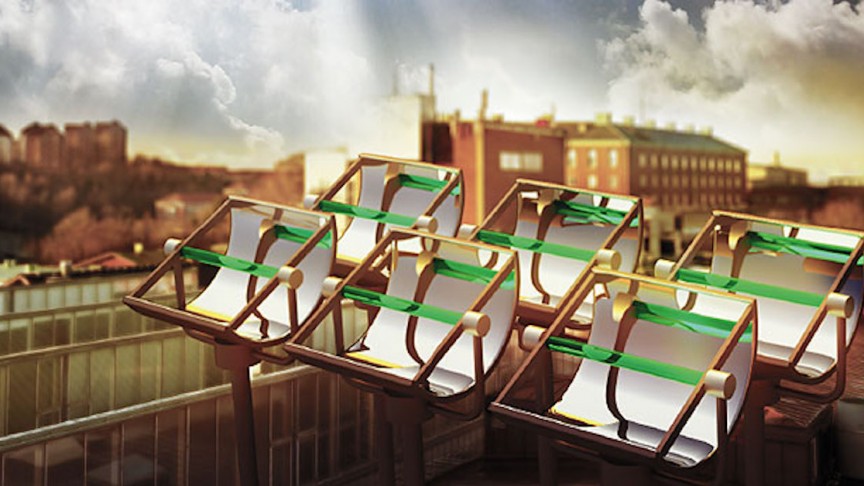 Solar energy is considered one of the most promising alternatives to fossil fuels. However, to fully embrace this renewable energy, there are still challenges to overcome – one of which is the long-term storage of solar energy. Storage is essential to ensure we have access to power even when the sun isn’t shining.

A series of research papers offer hope, however, as they outline a new approach to storing the sun’s energy.

In 2018, scientists in Sweden developed “solar thermal”, a specialized fluid that is said to be able to store the sun’s energy for up to 18 years.

“A solar thermal is like a rechargeable battery, but instead of electricity, you bring sunlight in and heat out, activated on demand,” explains Jeffrey Grossman, an engineer who works with these materials at MIT. NBC News.

The fluid has been under development for over a year by scientists at Chalmers University of Technology in Sweden.

The MOST (Molecular Solar Thermal Energy Storage System) solar thermal collector works circularly. A pump pumps the solar thermal fuel through transparent pipes. When sunlight comes into contact with the fuel, the bonds between the atoms are rearranged and turn into an energy-rich isomer. The sun’s energy is then caught between the isomers’ strong chemical bonds.

Incredibly, the energy remains trapped there even when the molecule cools to room temperature. To use the trapped energy, the liquid flows through a catalyst (also developed by the research team) creating a reaction that heats the liquid to 113 ° F (63 ° C). This returns the molecule to its original shape, releasing energy in the form of heat.

“When we come to get and use the energy, we get a heat gain that is greater than we could have hoped,” said the leader of the research team, Kasper Moth-Poulsen, professor in the Department of Chemistry and Chemical Technology in the press release.

When there is an energy demand, the high-energy fluid can be used to power the boiler, dishwasher, tumble dryer and much more. There may also be industrial applications including low temperature heat used for cooking, sterilization, bleaching and distillation.

The liquid is then pumped back into the solar thermal collector to be reused. So far, the researchers have passed the fluid through this cycle more than 125 times without significant damage to its molecular structure.

Moth-Poulsen has calculated that the fuel can store up to 250 watt-hours of energy per 1 kg at its peak. Pound for pound, that’s about twice the energy capacity of the Tesla Powerwall batteries.

By the end of 2020, an EU project led by a team at Chalmers will work on developing prototypes of the technology for large-scale applications. The project has received EUR 4.3 million from the EU and will last 3.5 years.

“With this funding, the development we can now do in the MOST project can lead to new solar-powered and emission-free heating solutions in residential and industrial applications. This project is entering a very important and exciting phase, ”says Kasper Moth-Poulsen.

Along with this grant comes news of progress in the development of MOST. The researchers used the technology in a window foil to even out the temperature indoors on hot days. The application of the molecule in blinds and windows has already started through a spin-off company called Solartes AB.

Researchers think the technology can be used commercially within 10 years.