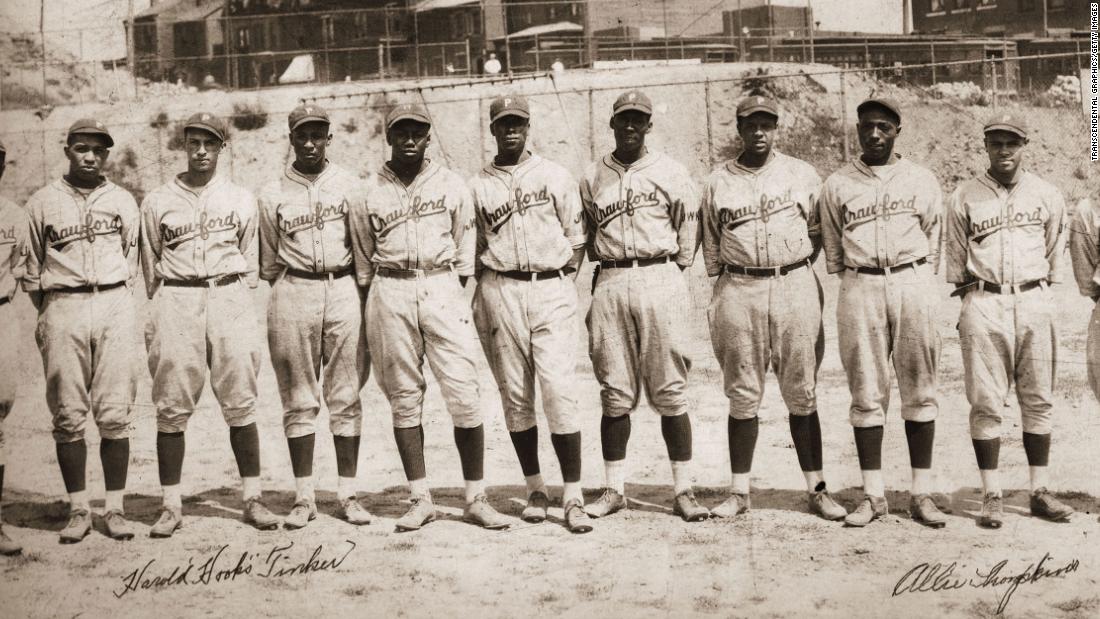 Major League Baseball tried on Wednesday to rectify a long-standing mistake by recognizing the Negro Leagues as a Major League and counting the stats and records of thousands of black players as part of the storied history of the game.

“My daughter and my sons heard it and they were all excited and they came over to talk and rejoice in the good news,” said Teasley, 93, who played for the New York Cubans in 1948, on the phone from his house in Detroit.

“It’s early Christmas and it will make the new year a lot happier, especially since my wife passed away in January. Just thinking about all the players … It’s great.”

MLB’s announcement comes during the centennial celebration of the founding of the Negro Leagues, where stars like Josh Gibson – considered one of the best hitters in the history of the game – and Leroy ‘Satchel’ Paige, a pitching legend who made his big league debut in 1948 at the age of 42.

Teasley noted that the official recognition only confirmed what the players of the Negro League had known for a long time.

“I started practicing with some former Negro League players when I was 12 years old and heard stories about the greats – Josh Gibson, Satchel Paige and Buck Leonard,” he said. “And then I had the feeling that they were just as good as the big divisions.”

The historic recognition coincided with the Cleveland Baseball Club’s decision this week to drop “Indians” from the name, as American corporate brands re-examine their use of racist caricatures and stereotyped names.

“All of us who love baseball have long known that the Negro Leagues produced many of our game’s best players, innovations and wins against a backdrop of injustice,” said MLB Commissioner Robert D. Manfred Jr. in a statement.

“We are now grateful that we can count the players of the Negro Leagues where they belong: as Major Leaguers within the official historical record.”

MLB said it “corrected a long-standing mistake in game history” by raising the status of the Negro leagues – which consisted of seven leagues and about 3,400 players from 1920 to 1948.

The decline of the Negro leagues began when Jackie Robinson became MLB’s first black player with the Brooklyn Dodgers in 1947.

In 1969, the Special Committee on Baseball Records did not include Negro Leagues among the six “Major Leagues” it identified since 1876.

“It is the view of MLB that the omission of the Negro leagues by the committee in 1969 was clearly a mistake that must be pointed out today,” MLB said.

“The perceived shortcomings in the structure and planning of the Negro leagues were due to MLB’s exclusionary practices, and denying them Major League status was a double punishment, as was that of Hall of Fame candidates prior to the introduction of MLB. Satchel Paige in 1971, ”John Thorn, the official historian of Major League Baseball, said in a statement.

“Granting MLB status to the Negro Leagues a century after their inception is very rewarding.”

The review of old documents has begun

MLB said it has begun a review, along with the Elias Sports Bureau, to “determine the full scope” of the “implications of the Major League designation for statistics and records.” The bureau is the official statistician for Major League Baseball.

“MLB and Elias will work with historians and other experts in the field to evaluate the relevant issues and draw conclusions upon completion of that process,” the statement said.

Bob Kendrick, president of the Negro Leagues Baseball Museum in Kansas City, Missouri, said the recognition “ serves as historical confirmation for those who were shunned from the Major Leagues and had the foresight and courage to create their own league that helped it. game and our country. “

The recognition is “a creditable nod to the courageous owners and players who helped build this exceptional venture and sheds a welcome spotlight on the immense talent that has called the Negro Leagues home,” he said in a statement.