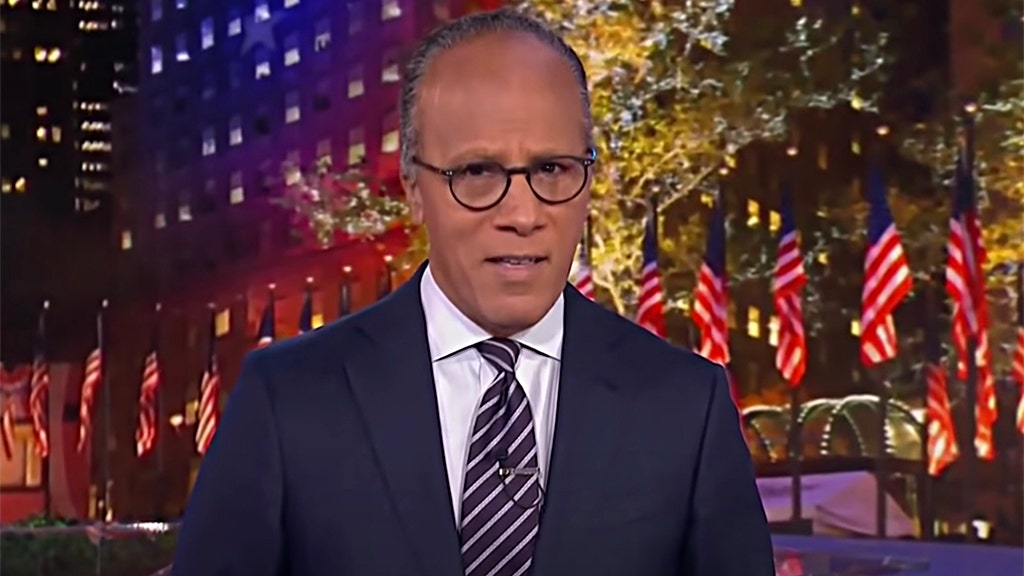 NBC broadcast a short audio clip of the call in which the woman shouts, “We need a police officer here now!”

Fondacaro also drew attention to the portion of police bodycam footage shown by NBC, which he noted “did not show viewers the knife in the attacker’s hand just before the shoot.”

NBC’S LESTER HOLT SAYS WE SHOULD NOT HEAR BOTH SIDES TO DEFINE TRUTH: ‘HONESTY IS Overrated’

However, the segment did not hide the fact that Bryant had a knife.

“A police officer shot and killed a 16-year-old black girl in Columbus, Ohio, saying she was threatening others with a knife,” NBC anchor Lester Holt began the report.

Throughout the report, there was an image at the bottom of the screen: “POLICE SHOOTS FATALLY 16-YEAR OLD BLACK GIRL HOLDING KNIFE” and a still image of the bodycam footage showed a knife on the ground.

However, as Fondacaro noted, ABC’s “World News Tonight” and “CBS Evening News” both broadcast the portion of the 911 call that contained the stab reference and both zoomed in on the footage, more clearly showing Bryant holding a knife. during the altercation.

“NBC Nightly News” was hit on social media in light of its strong comparison to the program’s competitors.

“Isn’t this the level of actual malice right now? The police officer is not a public person. The report omits important evidence in a way that implies deliberate fraud,” wrote Greggory Ingersoll, editor-in-chief of Daily Caller. .

“The omission of an important fact, such as having the knife clearly visible in her hand as she swings it to the other girl, is willful and deliberately deceptive,” tweeted Washington Examiner reporter Jerry Dunleavy.

“Lester Holt made a speech about facts and truth two weeks ago,” political commentator Stephen Miller tapped to the NBC anchor.

“No surprise here, but NBC was far more unfair than CBS and ABC in its coverage of the Columbus incident,” concluded Daily Caller reporter Chuck Ross.

As Miller said, Lester Holt recently accepted a journalistic award and made comments claiming that “it has become clear that honesty is overrated,” adding that “the idea that we should always give two sides equal weight and merit. , does not reflect the world we find ourselves in. “

“It is a fact that the sun is setting in the west. Any contrary opinion does not deserve our time or attention,” said Holt. Deciding not to give unsupported arguments the same amount of time is not a violation of journalistic responsibility or some sort of agenda. In fact, it’s the exact opposite. “Public health and safety, in particular, are at stake, can be quite dangerous. It is our duty to be honest with the truth.”