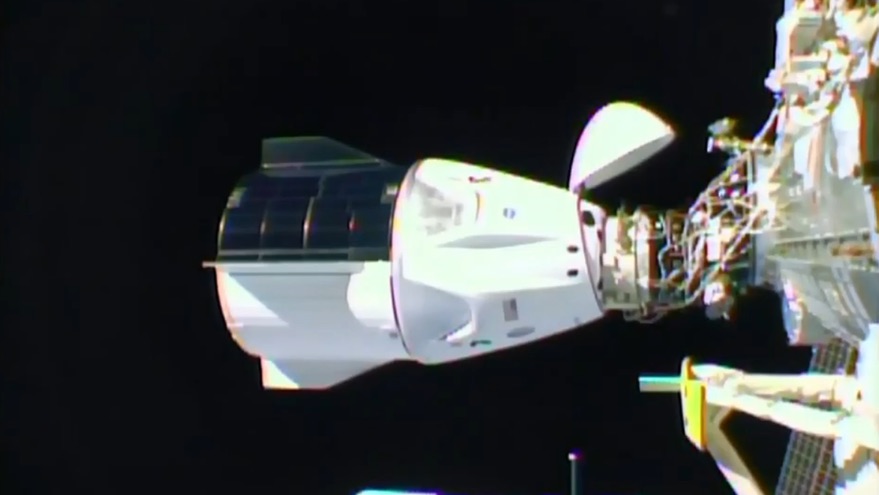 WASHINGTON – NASA has selected three astronauts for a future SpaceX commercial crew mission to the International Space Station, as it leaves open the option of swapping seats with Russia.

NASA and the European Space Agency jointly announced on December 14 that they have assigned NASA astronauts Raja Chari and Tom Marshburn and ESA astronaut Matthias Maurer to the SpaceX Crew-3 mission. That commercial crew mission is scheduled for launch in the fall of 2021.

Chari, who will serve as the mission commander, joined the astronaut corps in 2017 and will make his first space flight. He is also part of NASA’s “Artemis Team” of astronauts announced Dec. 9 and eligible for future Artemis lunar missions. A NASA astronaut since 2004, Marshburn flew on the STS-127 shuttle mission in 2009 and spent nearly five months on the ISS in 2012 and 2013. Maurer, who joined ESA’s astronaut corps in 2015, will make his first spaceflight.

The agencies have not announced who will occupy the fourth seat of the Crew Dragon spacecraft for this mission. “A fourth crew member will be added at a later date, following a review by NASA and its international partners,” NASA said in a press release on the crew orders.

However, NASA has expressed interest in what it calls “mixed crews,” flying Russian cosmonauts on commercial crew vehicles in exchange for allowing NASA astronauts to fly on Soyuz spacecraft. Those exchanges, which take place on a barter basis, would ensure that at least one NASA and one Roscosmos astronaut are on board the ISS should the Soyuz or commercial crew vehicles be out of service for any time.

Roscosmos, however, was skeptical about flying his cosmonauts on commercial crew missions. At a meeting of the ISS Advisory Committee in March, former astronaut Tom Stafford, chairman of the committee, said Russian officials would eventually consider flying cosmonauts on commercial crew vehicles, but would not fly on those spacecraft’s initial missions.

Discussions are underway to allow for mixed crews. “We want to fly each other’s vehicles, probably later in 2021,” Joel Montalbano, NASA ISS program manager, said during a Nov. 13 briefing on the Crew-1 mission, which started two days later. The first step to do this, he said, is a government-to-government “implementation agreement” that was being drafted at the time of the briefing.

The launch of Crew-3 will overlap with Crew-2, just as Crew-2 will overlap with Crew-1, NASA said. That means that the first operational mission of Boeing’s CST-100 Starliner commercial crew vehicle, dubbed Starliner-1, will likely be delayed until at least spring 2022. NASA announced in August that it had selected astronaut Jeanette Epps for that mission and joined Sunita added. Williams and Josh Cassada, who were assigned to the flight in 2018.

At the time of the announcement, NASA said Starliner-1 would launch in late 2021, but did not provide a precise date. The agency said on Dec. 9 that a second unmanned test flight of the spacecraft, dubbed Orbital Flight Test 2, was scheduled for March 29. That will be followed by a manned test flight with three NASA astronauts on board in the summer of 2021.