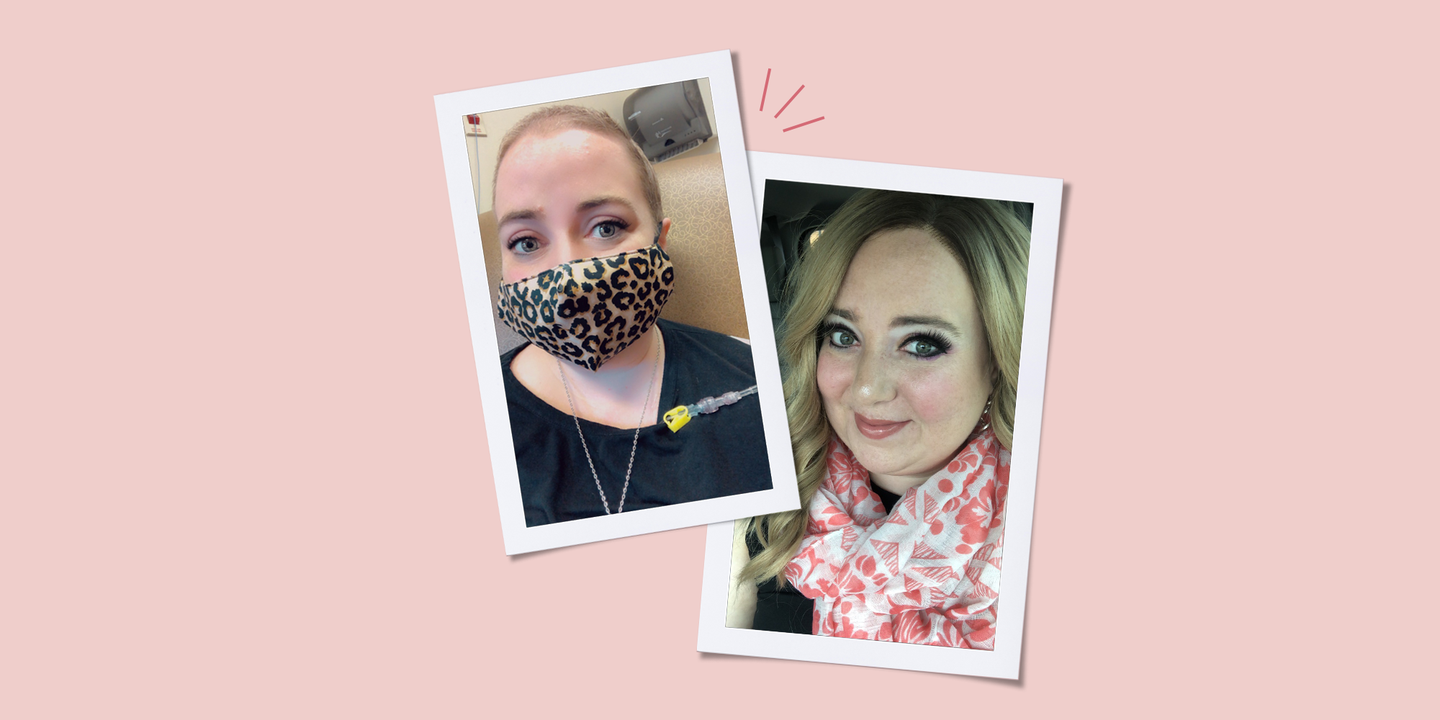 The author received chemotherapy in September and later took a photo with her wig.

Tori Geib is a food writer and blogger living in Bellefontaine, Ohio, with her family and her dog, Georgie. She was diagnosed with de novo metastatic breast cancer (cancer that is already stage 4 at the time of diagnosis) in 2016 and is being treated at the Stefanie Spielman Comprehensive Breast Center in Columbus. They advocates for breast cancer research and funding on behalf of multiple organizations, including Living Beyond Breast Cancer and the Susan G. Komen Foundation.

In my late twenties, when I chose to change jobs to become a chef, I had accepted that aches and pains are part of the job – regardless, I loved what I did. Serving families with a delicious meal is a great passion in my life, and feeling tired and sore at the end of a shift was normal.

That’s why at first, five years ago, I really didn’t think about my chronic back pain. Then one day I managed to somehow break my collarbone during routine tasks on the job. Doctors took CT scans of my back and body, but initially said nothing major was going on; maybe worst case fibromyalgia. I didn’t even think about asking for a report.

A year later I was in bed and felt something pressed against my side. I thought I had fallen asleep on my cell phone and reached out to get it – except it wasn’t there. All I felt was a hard lump on my chest.

Since breast cancer ran in my family, I insisted on a mammogram at a local clinic – when I just turned 30, I was much younger than the recommended screening age. Later, in a large hospital in Columbus, an oncologist diagnosed me with de novo metastatic breast cancer. The doctor explained that I had stage 4 breast cancer that had quietly spread to my spine, bones, and other organs long before I was diagnosed. This was the for real reason my back hurt and my bones were so weak. The CT scan the year before, after my fracture, had indeed shown evidence of cancerous lesions on my spine, but doctors had overlooked signs of cancer.

My mother has been a nurse for 30 years and she became my lawyer. Within the first weeks of my treatment, we found out that my breast cancer had also spread to my lungs, liver, spine and several bones. I also underwent germline genetic testing (which looks for gene mutations in DNA), which showed that I had the BRCA2 cancer mutation on my father’s side. Although I initially used hormone therapies for my specific cancer, learning about my mutation enabled my doctors to choose a PARP inhibitor as the treatment.

Because of my diagnosis and the fact that my paternal grandmother had also had breast cancer, my sister, Sarah, was also tested for the gene. She also carried the gene. Her mammogram first indicated that she was cancer-free, but she still wanted to do a preventive mastectomy to reduce her risk of developing breast cancer. Doctors discovered cancerous tissue on the operating table; it turns out she already had ductal carcinoma in situ (DCIS), which is considered “stage zero” cancer, which can be difficult to detect by imaging.

I thought our combined trials would be enough to convince most of the women (and men!) In my family to get screened, but some say they don’t want to know if they have a higher cancer risk. I personally wish I had known I was a courier. Previous screenings and subsequent genetic testing may have dramatically affected my prognosis, and my cancer may not have had time to quietly spread through my body.

I never finished the treatment

I don’t count down chemo or radiation sessions like so many cancer patients. I add up. Because my cancer has spread, I know I will never be done with treatment until I go to hospice.

I spent nearly two years on an oral hormone drug, stable in my condition, before my doctors noticed my cancer had progressed. Genomic tests, which looked at how my cancer’s DNA in my body had changed, showed that I had developed a new mutation that makes me resistant to hormone therapies that previously worked well.

Now repeated genomic testing ensures that my treatment is current as my breast cancer mutates. It allows my caregivers to target my treatment, which has kept me alive longer than they expected – 4 and a half years and still. (The 5-year survival rates for people with metastatic breast cancer fluctuate just above 25% and the median prognosis is 36 months). Recently I had some radiation to ease the pain in my bones. I have also learned that the cancer has spread to my brain, so I am currently undergoing brain radiation to kill tumors, and also chemo to prevent further spread.

The condition palliative care is often associated with dying. But pain and symptom management has helped me live a life I never thought possible for the past four years. I have been able to travel and spend time with my family, and have had the strength to become an advocate for everyone living with breast cancer. Taking advantage of every aspect of holistic treatment, such as mental health (I recently started working with a therapist), has brought so much peace to my own life as I continue my treatment. It’s so important to ease patients’ suffering while we’re alive, not just at the end of life.