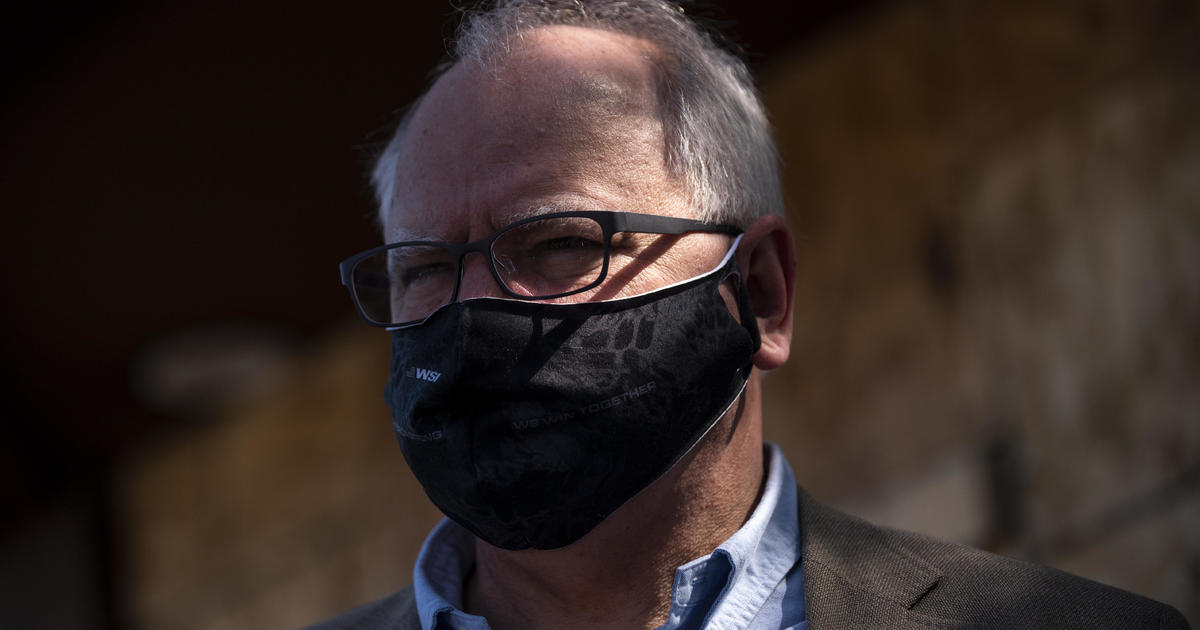 Minnesota Governor Tim Walz relaxed tight restrictions on business and social gatherings on Wednesday, after four weeks of tougher rules due to a spike in coronavirus cases. The new procedures, which won’t reopen in-person dining, are because Walz is under pressure from a group of business owners who say they plan to reopen for personalized dining, no matter what his office says.

As the cases spiked in the state in mid-November, Walz executed a break of four weeks that stopped indoor and outdoor dining and shuttered gyms, discontinued adult and youth sports, and very limited social gatherings, among other restrictions.

In his Wednesday statement, he congratulated Minnesota for complying with the restrictions and dropping the daily number of cases of the virus.

Due to the drop in the number of cases, Walz said, the state now allows outside social gatherings with up to 15 people between three households and indoor gatherings with up to 10 people between two households. Gyms and fitness centers are allowed to open with a capacity of 25% and sports for young people and adults will resume on January 4. Primary schools may reopen on January 18.

Walz has not relaxed the indoor eating ban, one of the more controversial provisions of the four-week break, but has allowed outdoor eating at 50% capacity to resume. Bars, restaurants, and breweries will be closed for indoor dining through January 11.

Walz acknowledged that eating outdoors wouldn’t be a particularly effective solution during the Minnesota winter months, but the breweries had requested the provision and are outfitted with heat lamps and fire pits.

Walz also signed a $ 216 million aid package on Wednesday designed to provide support for small businesses and workers. About $ 88 million in emergency relief funds will go directly to restaurants, bars and gyms, he said.

“This is the way it should be done. This is the way most of the nations in the world have done it,” Walz said of the bill. “This is the way we did it in May, when the pandemic started: if you are going to ask companies to make sacrifices for the good of public health, it must be accompanied by the economic benefits.”

When asked by reporters about criticism from restaurant owners, Walz said, “We have to beat the virus before the economy returns.”

“I definitely want to be clear about this: I think people who are desperate in their business certainly don’t make them bad people,” he said. “I don’t think these are people who don’t care about their neighbors getting sick.”

Such as CBS News previously reported, a group of over 150 business owners in the state had pledged to reopen their businesses, regardless of what Walz announced on Wednesday. Members of the Reopen Minnesota Coalition, calling the restrictions a “gross injustice,” said they plan to offer personalized dining with “reasonable restrictions” such as mask mandates and reduced capacity.

When asked about those companies’ threats to reopen their branches, Walz noted that the number of business owners threatening to reopen represents a small fraction of the state’s thousands of businesses.

“These are mitigating measures that we’re taking – they’re painful, we’re trying to do everything we can to relieve that pain, but I fully expect, just as we’ve been doing here all along, the vast majority of minnesotans will make the sacrifice for our neighbors, ”Walz said.