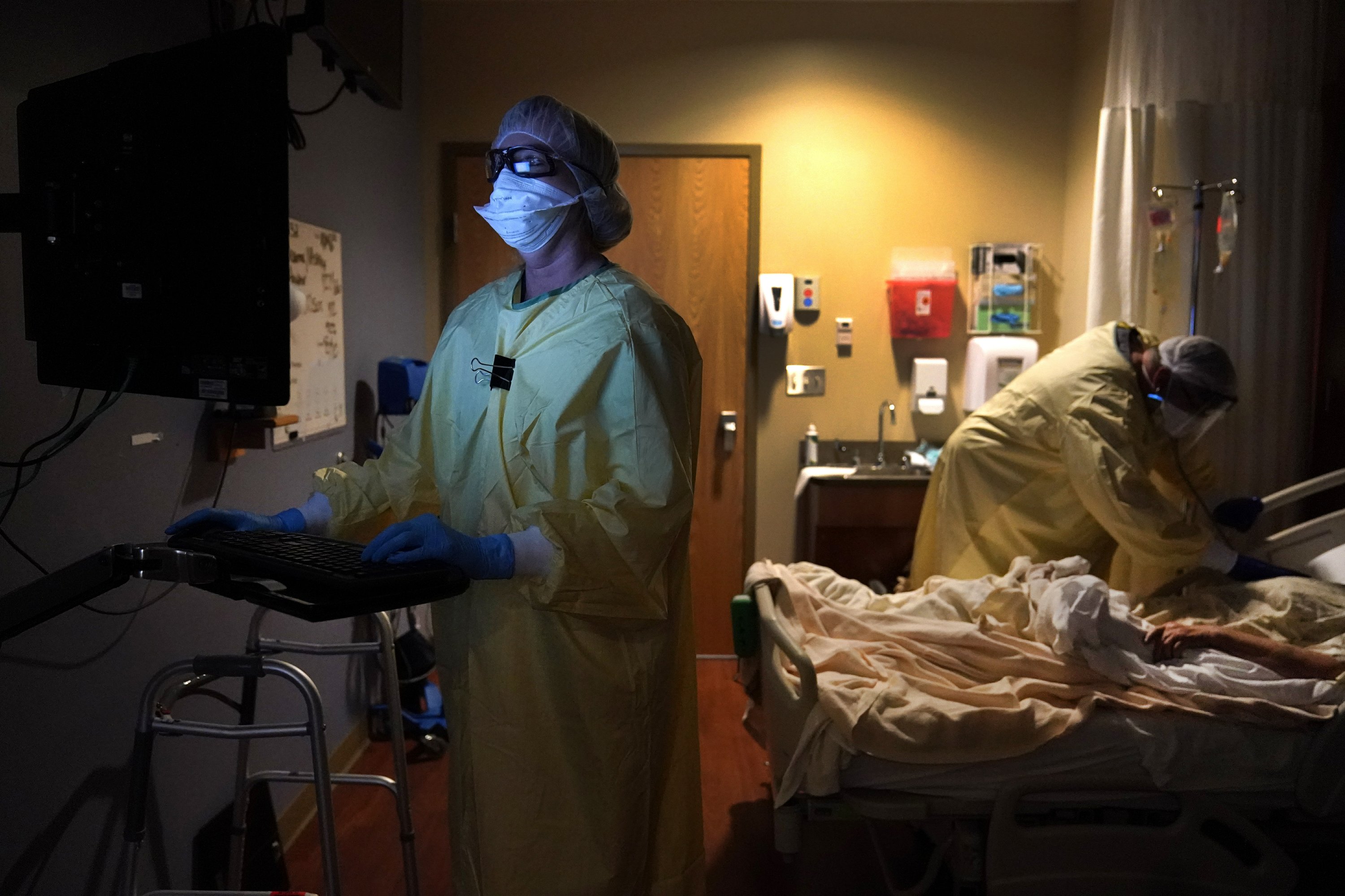 After a severe fall that has left hospitals struggling, some Midwestern states are seeing a decline in the number of new coronavirus cases. But the signs of improvement are offset by the accelerated spread of the infection on both coasts.

In states like Iowa, Michigan, Minnesota and Nebraska, the number of people testing positive for COVID-19 has declined in recent weeks. However, all of them are still experiencing an alarming rate of deaths and hospitalizations due to the previous increase in the number of cases.

“We’ve rolled out a vaccine, but that doesn’t change the overall picture,” said Dr. James Lawler of the University of Nebraska Medical Center’s Global Center for Health Security at the Omaha World-Herald. “Things can still turn south quite easily.”

But he and others are encouraged by the numbers. In Iowa, for example, the number of new virus cases reported daily has dropped from nearly 1,800 to about 1,250 over the past two weeks. In Nebraska, it has increased from about 1,800 a day to just under 1,300.

Deaths from the virus in Iowa have continued to soar, reaching an average of 79 per day, compared to 28 two weeks ago.

The hope, of course, is that the drop in infections will translate into a drop in deaths, but that may take time. Many of those now dying from COVID-19 may have been infected weeks ago.

Across the country, the death toll has risen to 300,000, with more than 16 million infections confirmed. On average, the US sees about 2,400 deaths and more than 215,000 new cases per day. An influential model from the University of Washington says the number of deaths on April 1 could reach 502,000, even with a vaccine.

Lawler said more Nebraska residents seem to be following warnings to eat out and wear masks in public. It helps that a number of cities in Nebraska have recently assumed mask mandates, he said.

But he said it’s important for Nebraskans to remain vigilant about maintaining social distance as they wait for vaccines to become widely available in the spring.

In a call to governors this week, Dr. Deborah Birx, a member of the White House coronavirus task force, said that progress in Midwestern states is being offset by a “worsening situation” on both coasts.

According to the COVID Tracking Project, the number of people hospitalized with the virus across the country has reached a record high of more than 110,000.

In California, for example, the supply of beds in intensive care units is declining, as the number of new cases averages over 31,000 per day.

“We have reached the number of cases that exceed all previous records,” said Van Do-Reynoso, director of public health in Santa Barbara County. “It is imperative that every individual takes action now and stays at home. We are reaching a point where we can see on the horizon that our healthcare system is inundated. “

In New York City, officials stopped dining in restaurants on Monday as infections continued to rise. State and city officials have warned that a wider shutdown may be needed if things get worse.

“We cannot grow this virus, especially at a time when we finally get the vaccine and can turn the corner,” said Mayor Bill de Blasio.

About 370 coronavirus patients were in intensive care in the city this week, three times as many as a month ago, but a fraction of the more than 3,100 patients who filled ICUs in April. Statewide, new confirmed cases have increased from about 6,500 a day to over 10,100 in the past two weeks.

In New Jersey, an increase in the number of new cases from about 4,000 per day in late November to an average of 4,900 has caused concern among officials and health care providers. But the dynamics are very different from last spring’s crisis.

“People are still dying from the disease, but certainly not in the kind of numbers we saw back then,” says Dr. John Bonamo, chief medical and quality officer at RWJ Barnabas Health, a major hospital operator in the state.