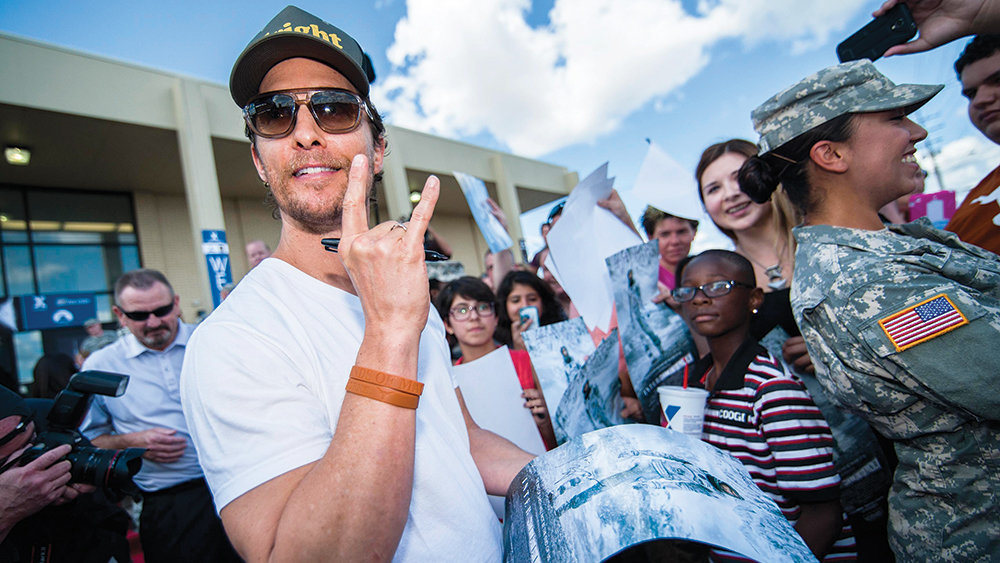 Matthew McConaughey has once again shared his thoughts on the two extreme sides of the political divide, this time during an interview on UK broadcaster ITV’s “Good Morning Britain”.

The Dallas Buyers Club star pointed out last week that Donald Trump’s 2016 presidential victory had left in denial, just as some Republicans are now skeptical of Joe Biden’s victory. He spoke as part of an episode for the Russell Brand podcast.

McConaughey, who appeared virtually on Tuesday’s morning show, said, “You need liberals. What I think we don’t need is the illiberals, and what I think some liberals don’t see is that they are often cannibalized by the illiberals. “

“Now, you know, there are extremes on both sides that I think are unfair – which I don’t think are the right place to be,” McConaughey told presenters Piers Morgan and Susanna Reid. “The far left and the far right make the other side completely illegal, or they exaggerate that party’s attitude to an irrational state. That doesn’t make sense. “

McConaughey noted that it is “not fair” for either side to do so.

“Where the waterline is going to land on this freedom of speech, and what we allow and what we don’t do and where this culture is overriding… is a very interesting place that we are now engaged in as a society trying to find out, because we have not found the right place, ”the actor continued.

When Morgan suggested that British politics “has become so tribal that consensus is buried in the mix,” McConaughey replied, “There’s no room for any consensus. You have to have the confrontation to have unity, I think we have it all there agree. That’s when democracy works really well. “

“I would say we don’t have a real showdown right now,” McConaughey added. “And that means it’s actually unconstitutional in a sense.”

McConaughey promoted his memoir “Greenlights,” in which he reveals that he was a victim of sexual abuse during his teenage years.