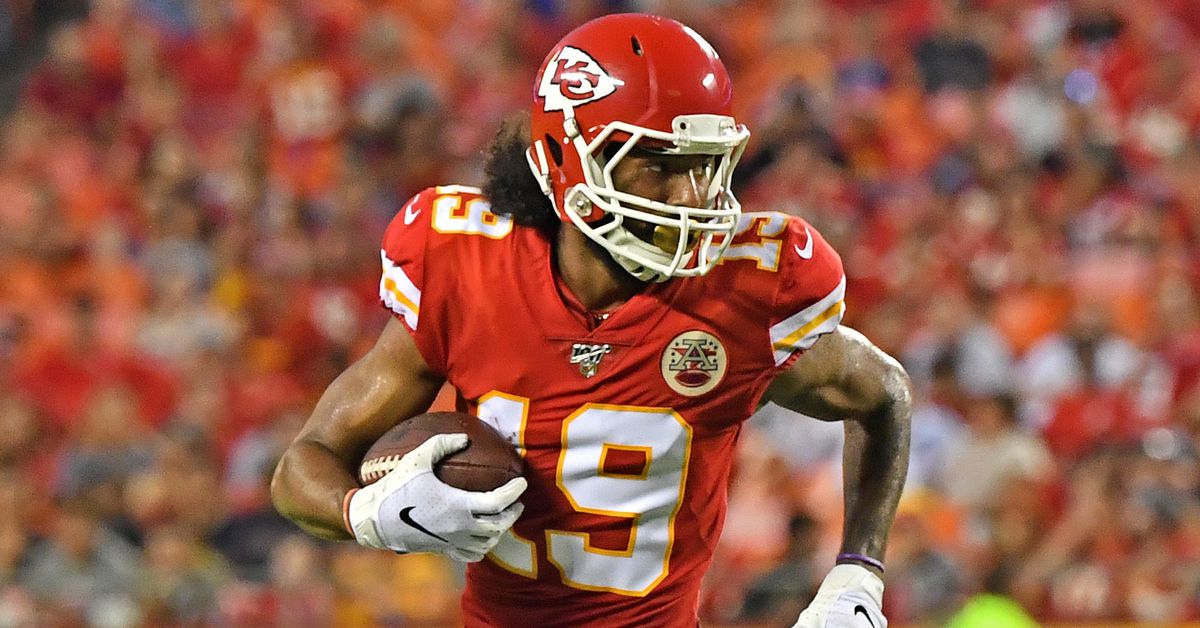 Once thought of as a promising development-wide receiver for the Kansas City Chiefs, Marcus Kemp is now a member of the Miami Dolphins.

According to an report from friend-of-the-site Matt Derrick from Chiefs Digest, Kemp was signed to the Miami exhibition squad on Wednesday after releasing waivers from the Chiefs.

Marcus Kemp does indeed sign with the Miami Dolphins exhibition team, per source. Dolphins will have the opportunity to elevate him to match day roster twice. https://t.co/46WyfTKEg0

The Chiefs had kicked him out of active roster on Tuesday – presumably to make room for wide receiver Byron Pringle’s return from the injured reserve. Pringle was back in practice on Wednesday and is expected to be activated soon – likely in time for Sunday’s game against the New Orleans Saints.

As Derrick noted, Kemp (who joined the Chiefs exhibition squad on October 8) was added to the active roster for three games this season – designated once as a reserve / COVID list raise and twice as a standard raise – before being activated for the active selection on November 28. The dolphins – who are currently thin at wide receiver – will likely take him a few games higher this season.

Kemp joined the Chiefs in 2017 as a non-drafted free agent from Hawaii. He did not take the squad out of training camp and spent the season bouncing back and forth between the practice team and the active squad. In 2018, he emerged as a primary special teams player, appearing in every game – and during training camp the following season, he also appeared to be heading for a role as a wide receiver. But after an ACL injury, his season came to an end.