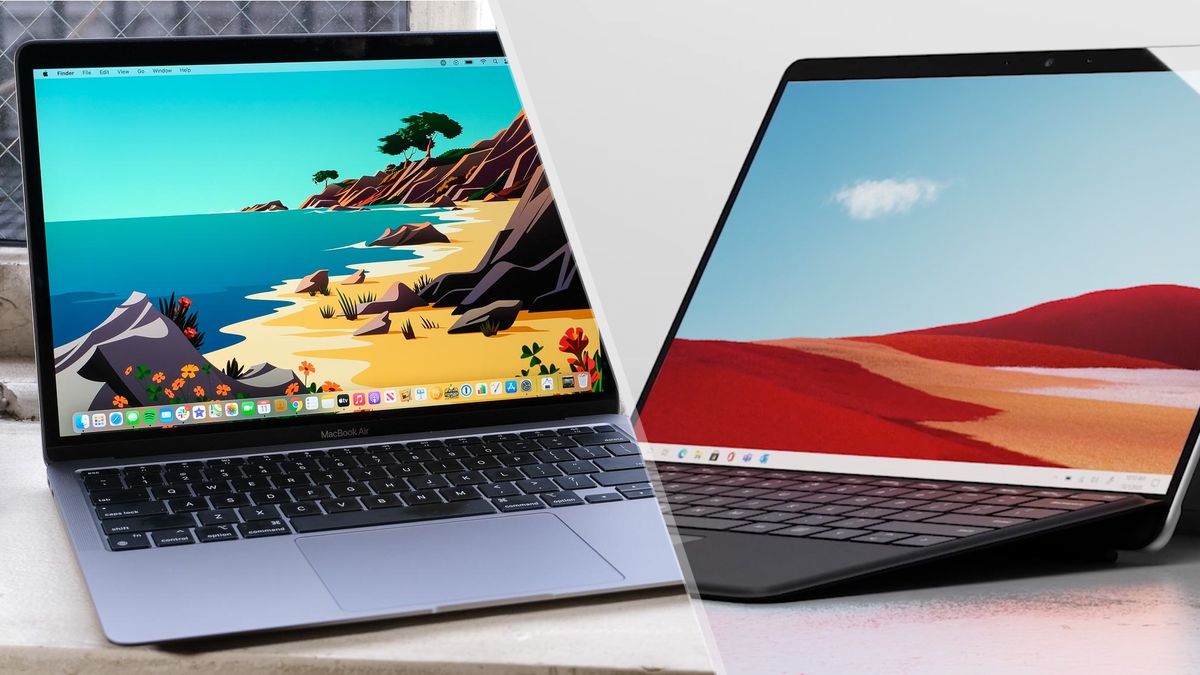 Another day, another win for the M1 MacBooks. Today’s news comes from a new comparison between Microsoft’s new MacBook Air M1 and Microsoft’s Surface Pro X to see how Apple and Microsoft fare when their ARM-based laptops compete.

According to PC World, the M1 MacBook Air just embarrasses the Surface Pro X, one of the machines we didn’t compare with in our MacBook Air with M1 review. And these tests re-emphasize what we’ve already learned: that the new MacBook is one of the best laptops out there.

There are a few caveats to note. PC World used a Surface Pro X with the original SQ1 chip and not the new SQ2 (which they couldn’t get). This may not be the end of the world as the newer chip only has a minor performance upgrade, from 3GHz in the original to 3.15GHz in the SQ2.

The losses for ARM on Windows start with the Geekbench 5 test, where the Surface Pro X achieved a multi-core score of 2,734, a fraction of the MacBook Air M1’s 7,454. PC World doesn’t specify which versions of Geekbench they compare, but since Geekbench advises how to compare scores correctly – you can’t put Geekbench 5.3 on a Mac against GB 5.3 on a PC, for example – we’ll assume they’re the correct ones. using equations.

Then, during the Cinebench R23 test, the M1 MacBook Air posted another great score of 6,838, against the Surface Pro X’s 1,604. It should be noted that this is one of the tests where the Surface Pro X is not an optimized version for ARM but the Mac does. While that means the Surface Pro X could do better with a new version of the software, it’s a bit disappointing to see that it still doesn’t have that application, despite the Pro X coming out over a year ago. while the M1 MacBooks are still about a month old.

There is more bad news for Windows on ARM. While the M1 MacBook Air could run Rise of the Tomb Raider at a strong 60.6fps (at 1280 x 800, average), the Surface Pro X failed to run the game at all.

The PC World tests also show a win for the Mac over the Handbrake video conversion tool, which was no big surprise when you consider what the Handbrake results looked like in our review.

All of this shows that the Windows on ARM project has a lot of work to do to catch up with Apple. Not only with the overall performance, but also with the speed of application emulators, such as Apple’s Rosetta 2 showed strong results in our tests. If Microsoft’s x86 improves on ARM emulation, there should be a chance.