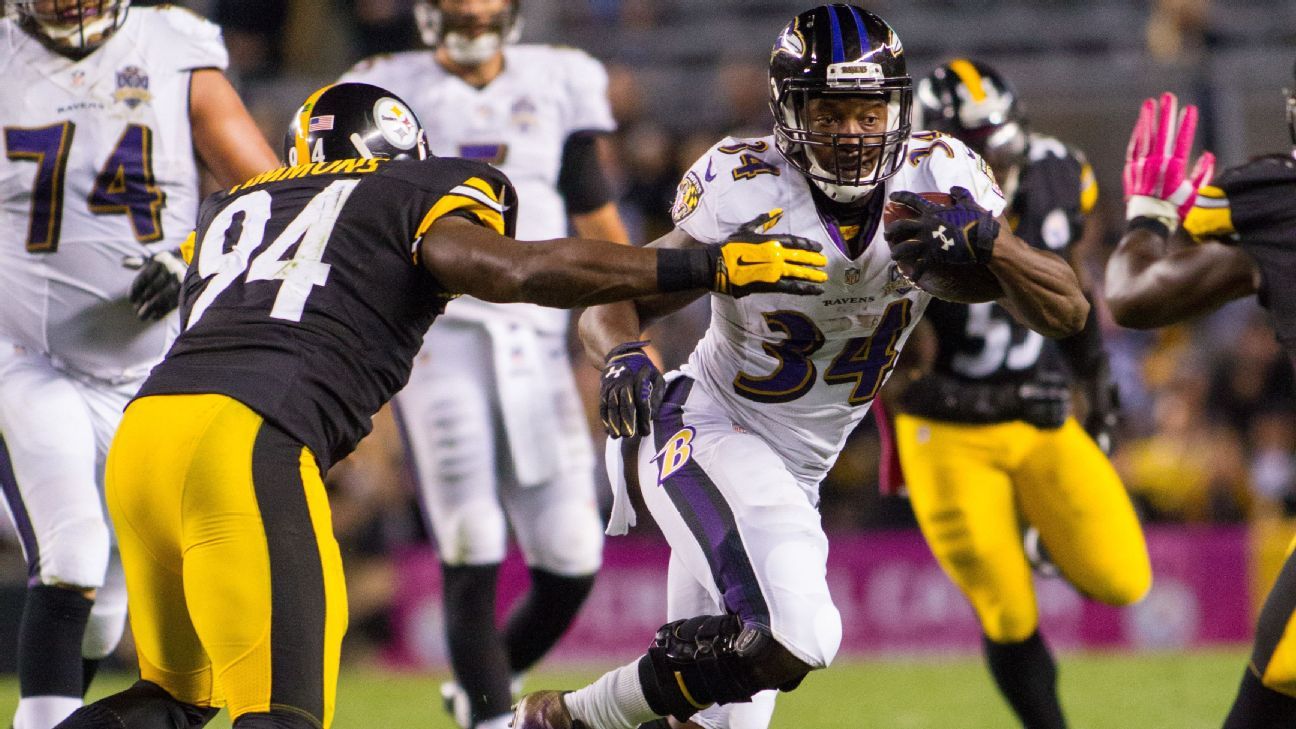 According to the York-Poquoson Sheriff’s Office, the former Baltimore Ravens who retrieved Lorenzo Taliaferro died Wednesday in his hometown of Williamsburg, Virginia. He was 28.

Taliaferro was transported to Riverside Doctors’ Hospital at 3:30 p.m. ET, where he was pronounced dead. A family member told WBFF-TV Fox45 in Baltimore that Taliaferro died of a heart attack.

Taliaferro, a fourth-round draft pick by Baltimore in 2014, ran for 339 yards and scored five touchdowns in 19 games for the Ravens from 2014 to 2016. He struggled to stay on the field, finishing each of his three seasons on an injured reserve.

Taliaferro’s career in Baltimore got off to a rocky start. Three weeks after being summoned by the Ravens, Taliaferro was arrested in Williamsburg for disorderly conduct and public intoxication after allegedly breaking the window of a taxi. In one of his first practice sessions after that, Taliaferro ran 18 gasers with Ravens coach John Harbaugh as punishment.

In his third NFL game, Taliaferro achieved what would become a career-high 91 yards in a 23-21 victory in Cleveland.

“All week I did everything I could to prepare and make sure I was ready when my name was called,” Taliaferro said after the game.

In 2017, Taliaferro switched to fullback but was canceled before the start of the regular season. After a year without football, he attempted to make it with the CFL’s Hamilton Tiger-Cats as a defensive player in 2018, but was dropped after the preseason.

Before joining the Ravens, Taliaferro was a highlight at Coastal Carolina. In 2013, he ran for 1,729 yards and 27 touchdowns and was named Big South Offensive Player of the Year.