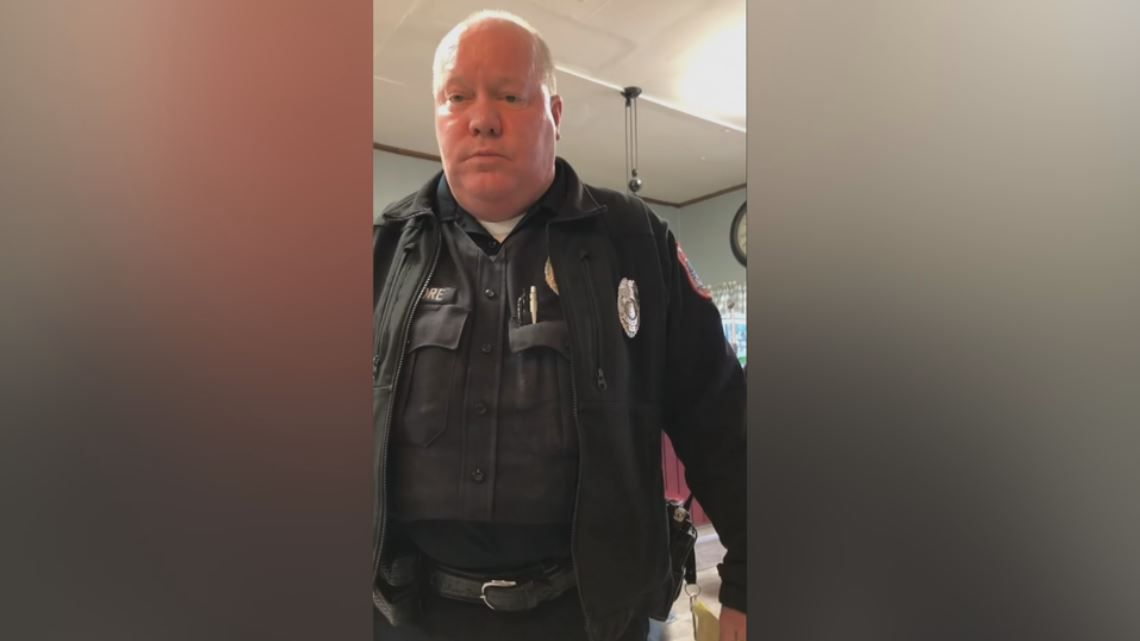 VANDERGRIFT, Pa. – A Vandergrift police officer is under fire for a video showing how he confronts a black man without telling him why.

Marcus Townsend, the man confronted by the officer at G&G Restaurant Saturday morning, said he believes he was racially profiled.

Townsend, 20, took the video himself, and it soon began circulating on social media.

According to Townsend, the officer walked up to him and started asking questions about his girlfriend’s service dog.

“He had just come in and had a problem with the dog first. He didn’t want the dog in there. He wanted to see the papers. We do not have service papers. It’s just not necessary, ”Townsend said.

Townsend said he asked his girlfriend to bring the dog home while he stayed to sort things out. That’s when things escalated.

“When the dog went home, I took out my phone because then he started talking about, you know, smoking drugs outside the restaurant. I was like, ‘No, I didn’t smoke. I came here to eat, ” said Townsend.

Townsend can be heard on the video asking the officer repeatedly what he did. He showed the officer his ID, but that was not good enough.

The officer asked Townsend to leave, claiming he had been called to the restaurant for him.

“When I came out, he put me down and actually wanted to have a criminal background, wanted to see if I had warrant for arrest,” Townsend said.

When the officer found out that Townsend was free, he still ordered him to leave the premises, stating that the manager did not want him there.

Townsend went back to the restaurant 40 minutes later and the manager welcomed him and even took a photo with him.

“I don’t think it would have been the same if I had been white, if I didn’t have the dreadlocks and tattoos,” said Townsend.

The owners of G&G Restaurant said they had no idea what was going on or why the police were called to their cases. They reiterated that they never asked Townsend to leave.

Channel 11 News went to Vandergrift police for answers, but was told that the chief will not be present until Monday and is the only person allowed to make a statement.

E-mails to the officer concerned and the district council have received no response.