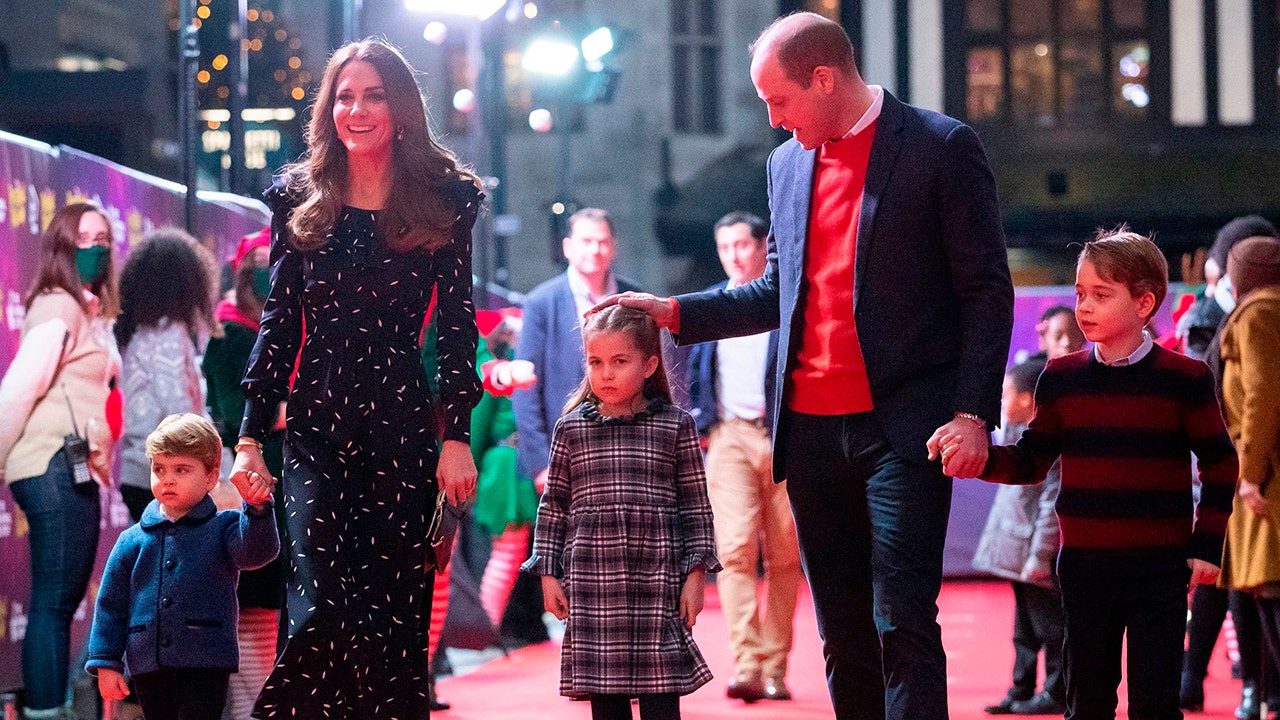 The royal family gets into the Christmas spirit.

On Wednesday, Kate Middleton and Prince William shared a photo of their family that will appear on their Christmas card via their official Twitter account.

In the beautiful photo, the Duke and Duchess, both 38, are holding their three children – George, 7, Charlotte, 5, and Louis, 2 – sitting on a hay bale smiling. Louis especially has a broad grin.

A short message was added to the photo.

“The Duke and Duchess are delighted to share a new image of their family, which will be on their Christmas card this year,” the tweet said.

The note ended with a Christmas tree emoji, offering photographer Matt Porteous credit for the photo.

The photographer also shared the image on his own Instagram and posted a short quote.

“It was an honor to photograph the Duke and Duchess of Cambridge and their family,” he wrote. “It is always a privilege to capture the fun and relaxing moments between such a wonderful family.”

KATE MIDDLETON IS A CARE-FRIENDLY PARENT WHO WANTS TO GIVE HER ROYAL CHILDREN A NORMAL EDUCATION, PALS SAYS

Royal family fans were delighted with the photo.

“Thanks for posting this photo, such a beautiful family,” wrote a Twitter user. “This is all and more, just look how big the kids have grown.”

“Omg this picture is super pretty and cute !!!! My goodness, I love this little family so much,” wrote another. “thank you [Kensington Palace] for release. “

Kate Middleton and Prince William have released a family photo that will appear on their Christmas card. (Getty Images)

A third complimented: “I can’t get over how breathtakingly beautiful the Duchess always looks. It’s as if she was born for this.”

As the family of five prepares to spend the upcoming holiday together, it was reported last month that the royal family as a whole will likely be separated for Christmas this year.

Sources told People magazine that Queen Elizabeth II, who isolates Prince Philip in Windsor Castle with her husband, has not decided whether to travel to Sandringham for Christmas.